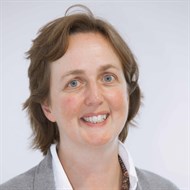 Dr Catriona Macdonald is a graduate of St Andrews, Strathclyde and Heriot-Watt universities, and is Reader in Late Modern Scottish History at the University of Glasgow. She is a former editor of the Scottish Historical Review, Director of the Centre for Scottish and Celtic Studies at the University of Glasgow, and President of the Scottish History Society. Her research interests focus on the socio-political and cultural history of modern Scotland, and her major publications include The Radical Thread and Whaur Extremes Meet (Saltire History Book of the Year, 2010), and the edited volumes Unionist Scotland and Scotland and the Great War.

Catriona became a Trustee of National Museums Scotland in September 2014 and her second term of appointment runs until August 2022. She lives in Glasgow.