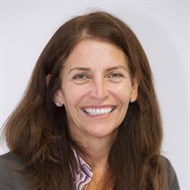 Lynda Logan is chief revenue officer with Reorg Research in NYC, a Warburg Pincus portfolio company. She joined in September 2019, having served on the board for a year prior to this.  Before Reorg, she spent almost 27 years with Wood Mackenzie in a variety of research, consulting and commercial roles in Edinburgh, Houston and NYC. Laterally, she was a member of the Wood Mackenzie leadership team and was an Executive Vice President running its global sales practice. She has lived in the US since 1998 and has been resident in Manhattan since 2004.

Lynda is a member of the Global Scot Network and is actively involved in the arts. She was a board member of the New York Foundation for the Arts from 2011 to 2017. She joined the Development Board of National Museums Scotland in 2013.

Lynda became a Trustee of National Museums Scotland in September 2014 and her second term of appointment runs until August 2022. She lives in New York.