You are here Home > About us > Outreach and engagement > Special projects > Powering Up Schools Science Outreach
Powering Up was a schools and communities science outreach project funded by the ScottishPower Foundation. Between 2017 and 2020 we worked with primary schools, families and communities in Midlothian, South Lanarkshire, Perth & Kinross, North Ayrshire and West Dunbartonshire to take science engagement to them.

This short film introduces all our work that has been supported by the ScottishPower Foundation.

Above: The Powering Up project in action. Photos © Ian Jacobs Photography.

In May 2018 we held the first Powering Up Science Weekend; a free festival held at The Scottish Maritime Museum – Denny Tank where 400 visitors from the local Dumbarton area investigated wind turbines, constructed LEGO® dams, used cycle power to move water, built a battery using cola, and made and raced their own hovercraft. 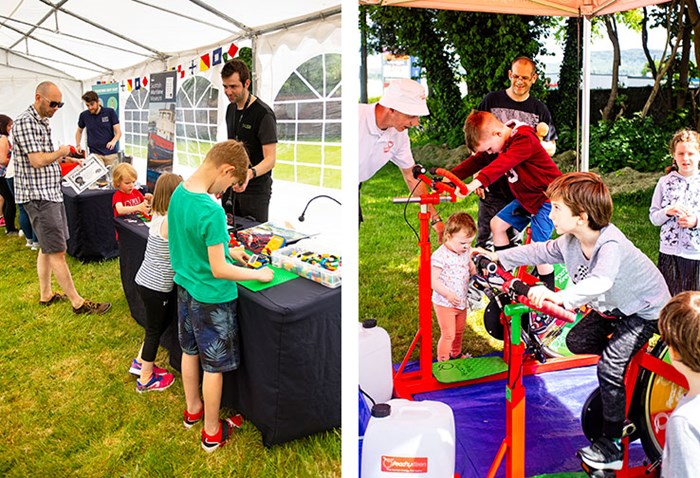 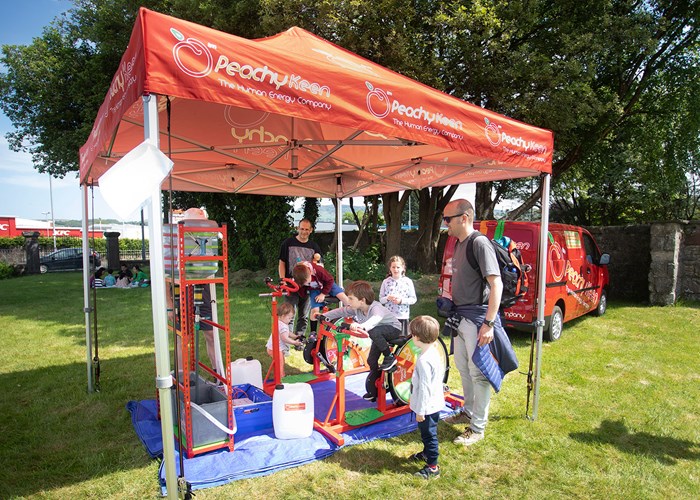 Powering Up was made possible by the generous support of the ScottishPower Foundation.