You are here Home > National Museum of Scotland > Things to see and do > Past exhibitions > Celts
This exhibition has now closed.

The idea of a shared Celtic heritage across ancient Europe retains a powerful hold over the popular imagination. But many common ideas about the people known as ‘Celts’ are in fact more recent re-imaginings, revived and reinvented over the centuries.

This major exhibition, organised in partnership with the British Museum, unravelled the complex story of the different groups who have used or been given the name ‘Celts’ through the extraordinary art objects they made and used.

Spanning more than 2,500 years, the exhibition explored history through these powerful decorated objects and examined how art styles have changed considerably over time, often flourishing during periods when different cultures came into contact.

The exhibition displayed magnificent Iron Age treasures adorned with intricate patterns and fantastic animals, rich with hidden meanings, which were used for feasting, religious ceremonies, adornment and warfare. It also explored how these distinctive art styles were transformed and took on new influences in response to the expanding Roman world and the spread of Christianity, and examined how the decorative arts of the late 19th century were inspired by different ideas about Europe’s past, and played a key role in defining what it meant to be Irish, Welsh, Scottish and British.

Featuring more than 300 treasured objects from across the UK and Europe, assembled together in Scotland for the first time, the exhibition provided a unique opportunity to explore the idea of ‘Celts’ as one of the fundamental building blocks of European history.

To complement the exhibition the British Museum and National Museums Scotland are lending two unique Iron Age mirrors to five partner museums across the UK in 2015-16. You can find out more about the Reflections on Celts tour here.

"It's inspiring to see the beauty of the work from such a period, absolutely amazing"

We asked visitors to Celts to share their experience of the exhibition with us. Listen to what they said about visiting this major exhibition at the National Museum of Scotland.

Families and schools can join Blewog the boar on a special tour of the exhibition. Track him down in ten places and complete his challenges to discover some of our favourite object stories. You can pick up a trail at the ticket desk or download the family and schools trails here. A Gaelic version is available here.

Behind the scenes at the exhibition

Ever wondered what an ancient Celtic war horn sounds like? Or how to wear an Iron Age torc that weighs over 1kg? Exhibition curators Julia Farley and Fraser Hunter introduce some key objects from the exhibition in this Periscope film.

The Celts exhibition includes many significant loans from 28 institutions across Europe and the UK, for some of which it is a condition of loan that photography by exhibition visitors is not allowed. As these loans are spread throughout the gallery, we are unable to allow photography in this space and ask visitors to respect this in order to ensure these fantastic objects are available for all to enjoy when visiting the exhibition. 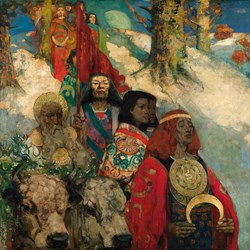 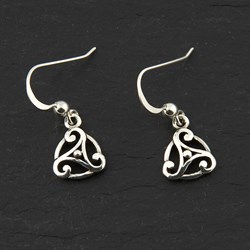 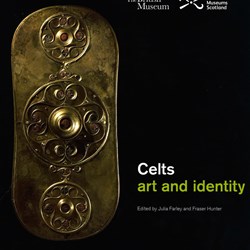 £25
This book, accompanying the exhibitions Celts at The British Museum (2015) and National Museum of Scotland (2016), explores these questions, reveals new insights and brings intriguing and beautiful objects from both museums together for the first time.
Buy

The Early Medieval period (around AD 300 – 900) is a very important part of Scotland’s past. Coming just after the Romans left Britain and before the arrival of the Vikings, it was a time of great creativity in Scotland.
More
Exhibition information