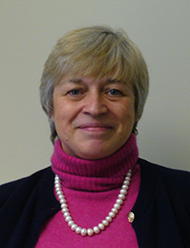 After a first degree in English history at the University of East Anglia (B.A.), and a further qualification in Museum Studies at Leicester University (M.Sc.), Alison was able to undertake a part time doctorate at the University of York with the assistance of National Museums Scotland (D.Phil.). She joined the museum in 1980, with responsibility for the history of science and history of photography collections. She has produced collaborative works on the historic scientific instrument trade in Scotland and Ireland, and her doctoral thesis, Making Scientific Instruments in the Industrial Revolution was published by Ashgate in 2007. This won the Paul Bunge prize for 2008, awarded by the Hans R. Jenemann Foundation, which is administered by the German Chemical Society (Gesellschaft Deutscher Chemiker) and the German Bunsen Society for Physical Chemistry (Deutsche Bunsen-Gesellschaft für Physikalische Chemie). The prize honours outstanding publications in German, English or French in all fields of the history of scientific instruments and is named after Paul Bunge, the most important maker of analytical, assay and high-performance precision balances in the second half of the 19th century.

More recently, Dr Morrison-Low has been involved in producing an exhibition and book about the history of Scottish sea-marking; and has worked on exhibitions and publications celebrating the early history of photography and she worked with colleagues on the new Science and Technology galleries at National Museum of Scotland.

Blog post: Shining Lights and Bell Rock 200
Back to top