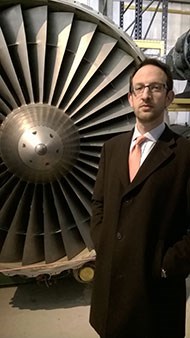 Sam trained in the history of science and medicine and wrote a PhD on late Victorian science at the universities of Leeds and Sheffield. He became interested in museums as the focus of historical study before working in them – first at the Manchester Museum, then as Director of Museums and Archives at the Royal College of Surgeons of England (which includes the Hunterian Museum).

Sam is an Honorary Professor at the University of Stirling Centre for Environment, Heritage and Policy. Previously he taught museum studies and the history of science at the University of Manchester, and was Visiting Professor at the University of Edinburgh College of Medicine and Veterinary Medicine. He has curated exhibitions on race, museum history, and the First World War; his books include Nature and Culture: Objects, Disciplines and the Manchester Museum (MUP, 2009) and Morbid Curiosities: Medical Museums in Nineteenth-Century Britain (OUP, 2011). His next book is concerned with the functions of science and technology museums.

His research has focussed on the history of collections, in particular the trajectories and meanings of scientific, medical and natural objects in Britain since 1800. He supervises doctoral projects on the history and material culture of science, technology and medicine as well as museum practices. Currently, Sam’s practice is concerned with Cold War museology and the role of museums in the climate emergency.