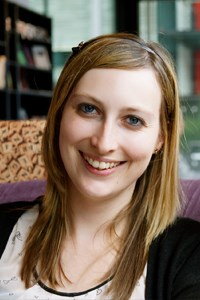 Adrienne Hynes is an Assistant Curator in Modern and Contemporary History with research interests in Scottish decorative arts, religious material culture and the history of collecting. Hynes received an MA (Hons) in Medieval History from the University of St Andrews and MLitt in Museum and Gallery studies. She is currently undertaking a PhD on the material culture of religion in Medieval Scotland at the University of Edinburgh.

Hynes began as a volunteer at National Museums Scotland and subsequently worked as a Collections Care Project Assistant on several major projects including the Royal Museum Project. She joined the Scottish History and Archaeology department in 2013 and has worked on several exhibitions including Common Cause: Commonwealth Scots and the Great War (2014), Bonnie Prince Charlie and the Jacobites (2017) and Scottish Pottery: Art and Innovation (2017). Adrienne is also a committee member of the Scottish History Network.