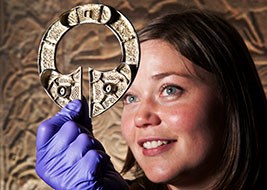 She currently sits on the Council of the Society for Medieval Archaeology and is a Trustee of the Scottish Medievalists.

Alice’s research interests embrace all kinds of material culture from 500 to 1500 AD, as well as the modern reception of such material. She is currently pursuing research on a range of topics, including medieval seal matrices and heraldic mounts, and is a passionate advocate of the research value of stray medieval finds. She is part of the supervisory team for an AHRC Collaborative Doctoral Award considering late medieval coinage in the borders, hosted at the University of York.

Alice held the Glenmorangie Research position at National Museums for nine years, working on a wide range of early medieval material culture and co-authoring the popular book Early Medieval Scotland: individuals, Communities and Ideas in 2012. In 2017 she co-curated the special exhibition and accompanying publication Scotland’s Early Silver, which told the story of the first thousand years of silver following its arrival with the Roman army. Two papers co-authored by Alice have won academic prizes recognising the quality of their research. 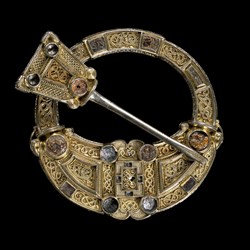