Dividing the Spoils: Perspectives on Military Collections and the British Empire

The genesis of this book lies in two exploratory research projects based at National Museums Scotland (NMS) undertaken between 2013 and 2015 with support from the Royal Society of Edinburgh (RSE) and the British Academy (BA)/Leverhulme, and additional partnership funding from the National Army Museum (NAM). These adopted a two-pronged approach to address the undervaluing of the histories, meanings and relevance of collections acquired by military organisations and personnel during active and garrison service in the British overseas empire, collections which continue to be housed in regimental, corps and service museums throughout the United Kingdom. The projects originated in a casual conversation between curators at National Museums Scotland, about museum objects of mutual interest. 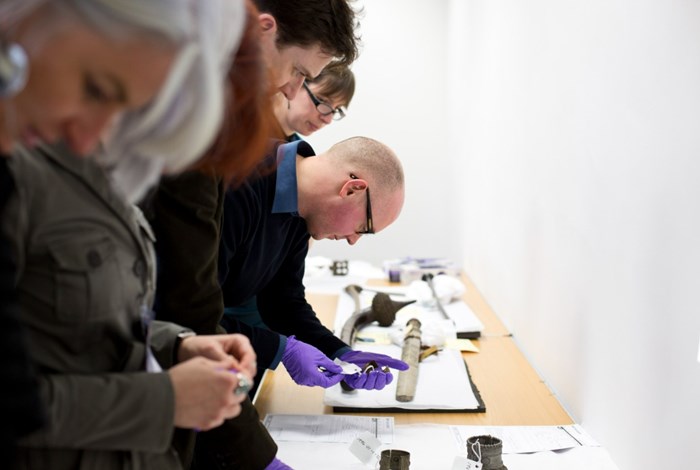 Over the course of two years, a series of interdisciplinary workshops held under the project Hidden in Plain Sight: non-European collections in military culture (RSE) brought together senior academics, curators and early career researchers from the fields of military history and anthropology, including many of the contributors to this volume. Concurrently, the project Material Encounters: Reassessing military collecting in North America and Tibet (BA/Leverhulme) employed researcher Rosanna Nicolson to survey the collections of nine regimental museums with the aim of documenting links to two campaigns which bookended the period of rapid British imperial expansion: the Seven Years’ War in North America (1754–63) and the Younghusband Mission to Tibet (1903–04). The aim was to test a campaign-based research methodology which could draw out connections between objects distributed across the British Army’s 130 plus museums scattered around the UK. In addition, through the NAM’s network of regimental and corps museum staff, several knowledge exchange workshops were organised to review the findings of the research projects with curators and public engagement staff working in regimental museums, allowing all those involved to better understand the potential for widening access to these collections. 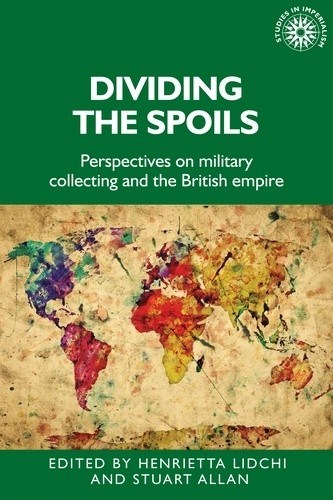 Dividing the Spoils deploys a historical and material culture-based methodology to place military collections in the context of military organisational culture, and to elucidate their meaning as material witnesses of encounters between non-European peoples and British imperial forces. This book argues for an understanding of these collections within a range of intercultural relationships which embrace diplomacy, alliance, curiosity and enquiry, as well as violence, appropriation and cultural hegemony. As a consequence of the different disciplines that inform the text, the vocabulary and terms vary across the chapters, with some contributions more indebted to historic terminology deriving from primary sources and the norms of military history. The Afterword charts the more recent and apparently seismic forces in the current debate about colonially derived collections and issues of restitution, claim and response. As a contribution to the continuing debate, this volume argues that military–colonial collecting needs to be better understood. This avoids the essentialising of collecting down to a single action as the cumulative display of asymmetries of power between colonists and those being colonised, entirely relevant and uncomfortable though that imbalance may be, but rather also through analysing questions of military culture and material culture. Such approaches, we suggest, can be applied more widely, across the histories of former colonising powers, as an element of the ongoing reappraisal of colonial collecting among European museums.