You are here Home > Collections and research > Our research > Featured projects > Glenmorangie Research Project into Early Medieval Scotland > Bringing the past to life > Leather satchel
We recreated a leather satchel based on the rare but fortunate survival of leather fragments from a water-logged site at Loch Glashan in Argyll, dating from the 6th or 7th centuries AD. 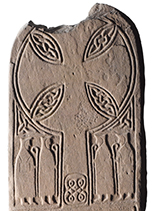 Clerics are depicted carrying square-shaped bags over their shoulders, like on this sculptured stone from Papil, Shetland. Bags were everyday items and do not survive because they were made of perishable materials.

Immediately on discovery in 1960, the leather fragments from Loch Glashan in Argyll, were thought to be part of a tunic. Over 40 years later it was then suggested that they were more likely fragments from an early Christian book satchel.

Rather than coming to the evidence with a preconceived idea of what it was used for, recreation has allowed us to make sense of details not previously recognised by archaeologists. 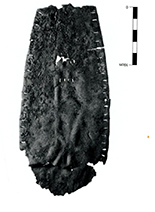 Early Christian books were stored not on shelves but in specially made satchels hung from pegs in the wall. Although the Loch Glashan fragments could form a satchel large enough to carry an elaborate and holy manuscript like the Book of Kells, through the process of recreation it became apparent that the strap would not have been strong enough to hang it up. Our maker, Ian Dunlop, immediately noticed that the pulling on the strap attachment and stress marks warping the leather side panel had been interpreted the wrong way up. Turning the previous reconstruction upside down also made sense why the bottom half had been damaged and worn from use.

Re-interpreting the Loch Glashan fragments as from a bag used for everyday tasks, rather than for carrying books, complements the wider interpretation of the site, where there were no other signs of overt Christianity. 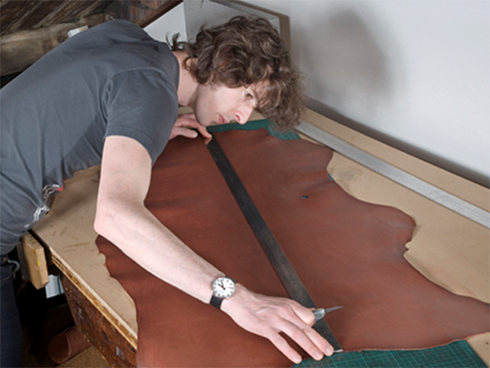 Above: Ian measures the skin. The size of skin determined the size of satchel. We made ours from one beast. Bullet holes in the skins can be a problem - Early Medieval hunting may have involved trapping which would leave no mark on the skin. 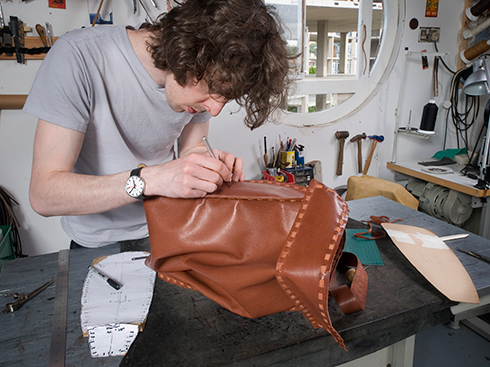 Above: “You could use one tool to make the whole bag! I used two tools- one shaping blade to make the slots, and another knife to cut out the template. Every craftsperson looks after their tools and you use them until they’re totally puffed out!” Ian Dunlop 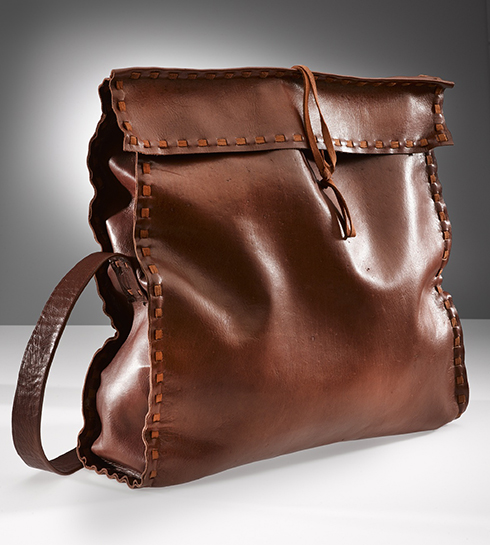 Above: The finished satchel.