One of the sights that really strikes you in many African countries is the wide spread use of mass produced brightly coloured printed cloths: worn as wrappers, used as baby carriers, to transport provisions and always visible in some use or another. It is a practical, low cost and available example of creativity, social comment and a highly visible expression of material culture worn every day, and to celebrate special occasions.

Amongst the primarily floral and geometric multi coloured designs are a significant category of designs commissioned by political, religious and non- governmental groups as promotional material to be distributed or sold to the public. There are also cloths commissioned to commemorate famous people and events.  These cloths, known as commemorative textiles or cloths are a highly visible expression of shared community identity and concerns.

Sarah Worden, Senior Curator of the African collections, has been researching and collecting examples through fieldwork and donations since 2009. In 2014 her research in Malawi and presentation at the 14th Textile Society of America symposium were supported by awards from Art Fund Jonathan Ruffer Curatorial Grants.

You can find out more about portrait cloths from Malawi in this Explore story.

A recent project between Edinburgh School of Art and the Museum draws on this growing collection, as a source of inspiration for 2nd year textile design students to each create a length of their own design printed cotton commemorative style cloth. In October 2016, thirteen students, with Programme Director Lindy Richardson, made a visit to the National Museums Collection Centre, where I introduced them to a range of cloths, predominantly collected from Malawi and Mozambique. 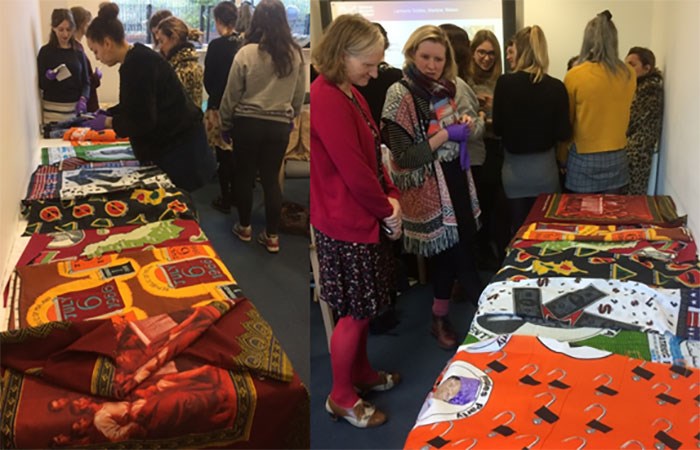 Taking inspiration from the visit, the aim was to create their own unique design to reflect their personal preoccupations and interests with contemporary, social issues ranging from famous individuals to events of today. The students have not disappointed! A rich and varied range of designs with powerful messages have been created, which they have transferred to the cloth. 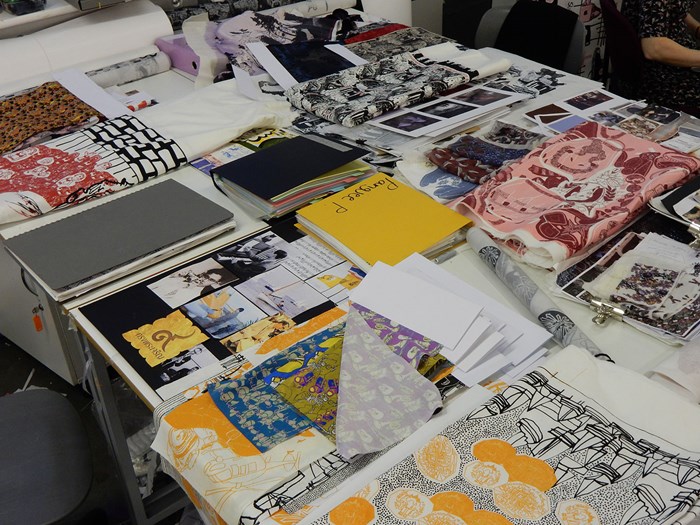 Above: A selection of cloths designed for the project.

You can find out more about the process on these blogs by Amelia Price and Amy Jackson, and on Jane Teed's Instagram feed.

The slideshow below shows a range of student cloths photographed in the ECA textile studio during the assessment of the students submission on 20 January 2017.

The next phase of the project involves the students working with ECA designer Niki Taylor to create simple garments using zero waste pattern cutting techniques. The students will also be creating 3D accessories spawned from an initiative with the Royal Botanic Garden in Edinburgh. The garments will be shown in the annual fashion show.

It is hoped that this collaborative project will be the first of many opportunities to engage new audiences with contemporary African arts, creating links across cultures and introducing the Museum’s African collections as an inspirational resource for students and researchers of material creativity. 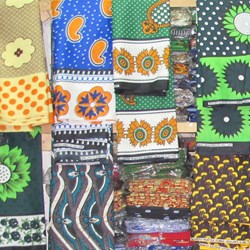 Cotton cloths are a popular everyday item of clothing in Malawi and are produced in a wide variety of patterns and designs. They are also designed to mark social and political events.
More 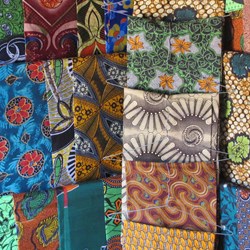 Chitenje: The Production and Use of Printed Cotton Cloth in Malawi
Dr Sarah Worden
Back to top