From weekly instalments to ten-volume set

You are here Home > Collections and research > Our research > Past projects > Democratising knowledge: Chambers's Encyclopaedia > Printing methods > From weekly instalments to ten-volume set
While the first edition of Chambers's Encyclopaedia was conceived as a part-issue serial from its inception, the second edition was conceived as a joint partnership between the Chambers firm and its American partner in the endeavour, J. B. Lippincott. The second – or New Edition as it was called – was always envisaged as a ten-volume set to be published over four years and was never available in parts. 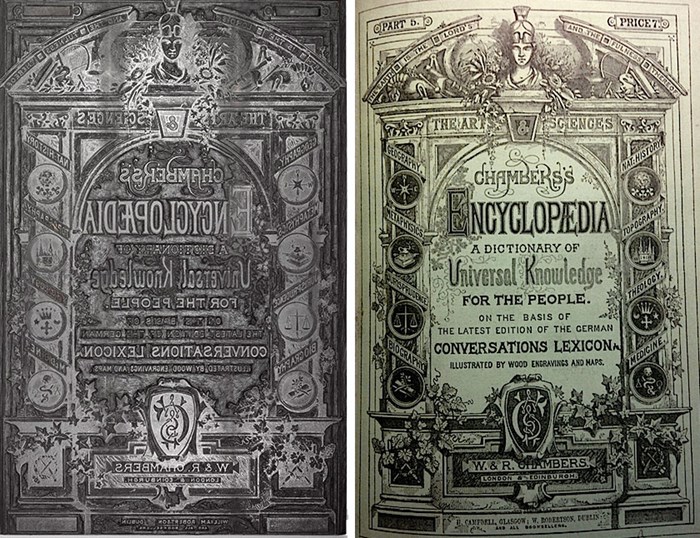 Above: Woodblock (left) and cover (right) of the monthly issue of Chambers's Encyclopaedia, 1859, from the British Library collections. Photo by Rose Roberto.

The Chambers firm began issuing the first edition of Chambers's Encyclopaedia in parts starting in 1859. The parts were sold by subscription. Subscribers were given the option of buying weekly parts in 520 instalments at a penny halfpenny each or purchasing the same sheets bundled monthly at 7d (7 pence). The parts were printed and issued until the full run was complete. In 1860, the firm began producing the same sheets in bound editions, originally to span eight volumes, but the content expanded to ten volumes produced within an eight year framework. According to archival records, orders were steady, but initially slow. After 1868 when the attractive full ten-volume set was complete, the encyclopaedias eventually provided a steady income for the firm. 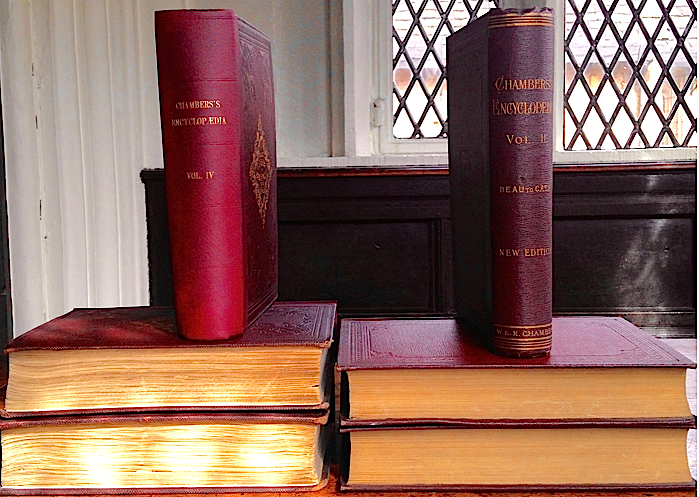 Above: The first two bound editions of Chambers's Encyclopaedia, housed in Chetham's Library, Manchester. Both editions sold widely and were consulted regularly in the industrial cities of the UK. Photo by Rose Roberto.

In contrast, the second edition of Chambers's Encyclopaedia was produced in collaboration with J.B. Lippincott, based in Philadelphia. This New Edition had the advantage of advanced publicity generated from the good reputation of the first edition, as well as of international advertisement. W. & R. Chambers had established a working relationship with the Philadelphia-based firm since 1853, and J. B. Lippincott had experience printing and distributing revised versions of the first edition of Chambers's Encyclopaedia, starting in 1872. In 1887, W. & R. Chambers formally entered into a contract with J. B. Lippincott to produce an international encyclopaedia in ten volumes. The contract between them spelled out the details of copyright, payments and production schedule. 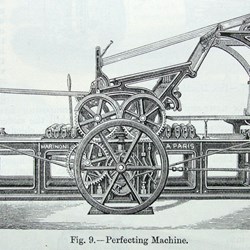 The Chambers firm were early adopters of steam-powered printing machines, installed in their Edinburgh premises before the 1840s. They developed their workflows through years of weekly publishing their best-selling periodical, Chambers’s Edinburgh Journal.
More