You are here Home > Collections and research > Our research > Past projects > Democratising knowledge: Chambers's Encyclopaedia > Research > Illustration styles and subjects
Learn more about how illustration styles changed from the mid to late 19th century, as images were influenced by the widespread use of photography and 'a golden age of information graphics'.

"[W. & R. Chambers's] series begin with a three-halfpenny infant primer, and goes onwards through a whole library of grammars, dictionaries, histories, scientific and all primary class books, and cheap editions of standard foreign and classical authors, til it culminates in a popular Encyclopaedia in ten thick volumes."

– Henry Curwen, A History of Booksellers: The old and the new, 1873

Encyclopaedias are a snapshot of a particular time, place and world view. Like museums, they have been curated and the collections within both reflect evidence of particular narratives of history, science and culture. Their construction and presentation of information, with the aim of increasing access to universal as well as useful knowledge, is not only intriguing, but provides a key to understanding the flow of information in society. This study considers the concept of a democratisation of knowledge made explicit in the Encyclopaedia's sub-title: 'a Dictionary of Universal Knowledge for the People', shortened to 'A Dictionary of Universal Knowledge' by the second edition.

In order to better understand the choices made by W. & R. Chambers in determining their content, both text and visual, their encyclopaedias were compared to others of a similar date with similar aims: the Penny Cyclopaedia (1828-1843), the English Cyclopaedia (1854-1862); the eighth and ninth editions of Encyclopaedia Britannica (1853-1860 and 1875-1889), all published in the UK, and Johnson’s Universal Cyclopaedia (1876), published in the United States. This helps in drawing conclusions on the choice, production and position of images in relation to text as a means of increasing the accessibility of the subject-matter. 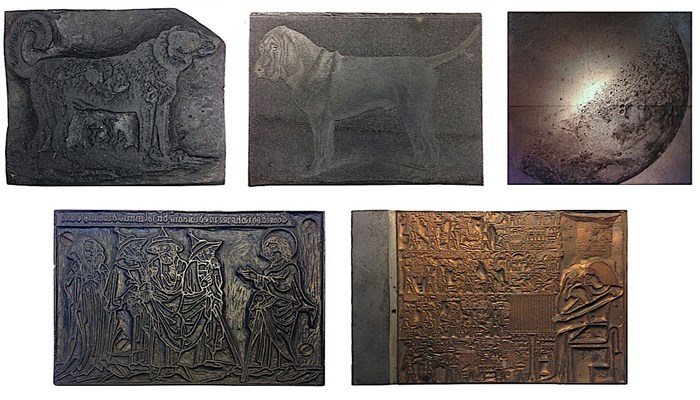 Above: Blocks and plates produced to illustrate entries in Chambers's Encyclopaedia. 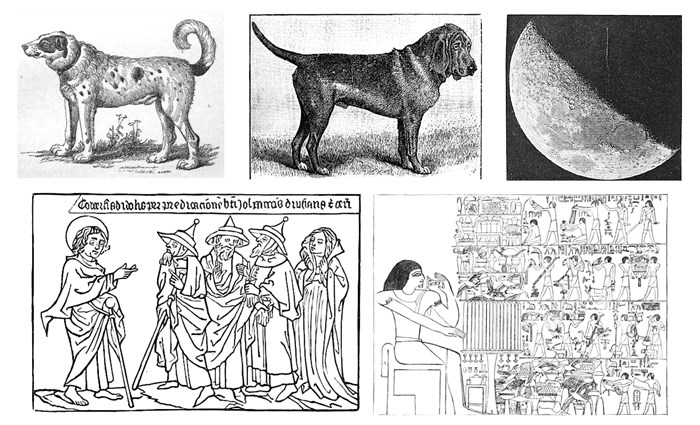 Above: The illustrations as they appeared in the Encyclopaedias. 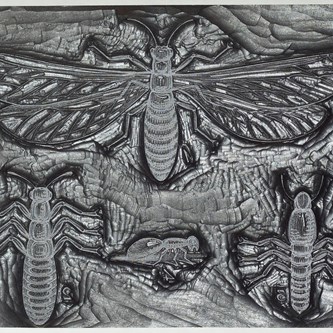 There were three types of illustration styles that Chambers used in their publications. They can be classified as pictorial, facsimile and schematic.
More 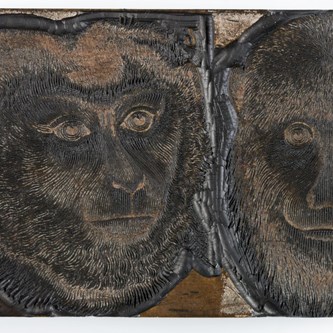 Image content analysis is used as a tool by researchers to determine patterns of use when studying large groups of images. Illustrations from both editions of Chambers's Encyclopaedia were sorted into subject categories to enable research into trends in illustration frequency and type, when comparing the two editions published 20 years apart.
More

W & R Chambers and the collection history
Back to top