Wha' bears a blade for Scotland?

You are here Home > Collections and research > Our research > Past research projects > Wha' bears a blade for Scotland?
The construction of Scottish diasporic military identities, c.1880- present day.

Since 2012 National Museums Scotland and the Centre for Diaspora Studies at the University of Edinburgh have been engaged in a research workshop entitled Wha' bears a blade for Scotland?: the construction of Scottish diasporic military identities, c.1880- present day. This has been led by David Forsyth of Scottish History and Archaeology at National Museums Scotland and Wendy Ugolini of the University of Edinburgh.

This workshop project has been funded through a Scottish Government Arts and Humanities Award which was administered by the Royal Society of Edinburgh. 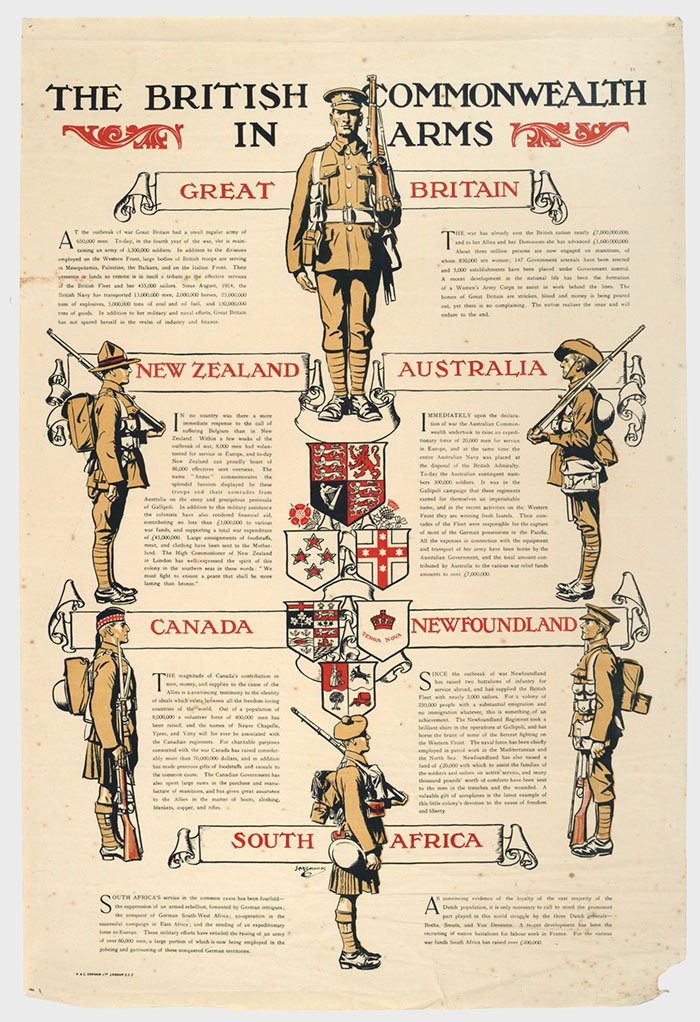 Above: The British Commonwealth in Arms, a poster published in 1918 on which both Canada and South Arica are represented by a kilted ‘Scottish’ solider. CWM 19900348-004 Canadian War Museum.

These awards are designed to encourage collaborative investigation into an incipient research proposition. The project has generated three outputs. Firstly, in March 2012 an international workshop which brought together a small group of leading academics and museum curators, representing Australia, Canada, New Zealand, South Africa and the UK to participate in an international workshop. This workshop explored, for the first time in a comparative manner, the phenomenon of military Scottishness as an overlooked expression of Scottish diasporic identity. The project has sought to enhance our understanding of military Scottishness in the wider context of the associational culture of the Scottish diaspora, which brings with it a material culture dimension.

This was followed by a well-attended public symposium hosted at the National Museum of Scotland in September 2012. Here, themes which emerged from the symposium were reviewed and developed. Finally in February 2016, Edinburgh University Press will publish a jointly-edited volume entitled A Global Force: War, Identities and Scotland's Diaspora, which will bring together the presentations and papers from the two events. 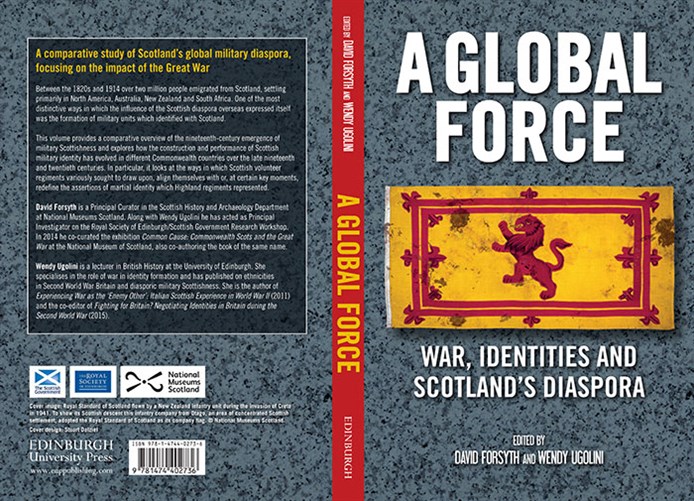 Colouring the Nation
Tibetan collections
Back to top