This contemporary piece by sculptor Michael Eden celebrates the architectural styles of the National Museum of Scotland.

You can follow Michael Eden on Instagram to find out more about what inspires him – and what he gets up to outside his studio!

With the opening of National Museum Scotland's new Art, Design and Fashion galleries in July 2016 came the exciting opportunity to commission a new piece of artwork. The piece was for Making and Creating on Level 3, and would reflect the theme of Pushing the Boundaries. Here we highlight the multitude of ways in which artists and makers embrace traditional techniques whilst also utilising new technologies. 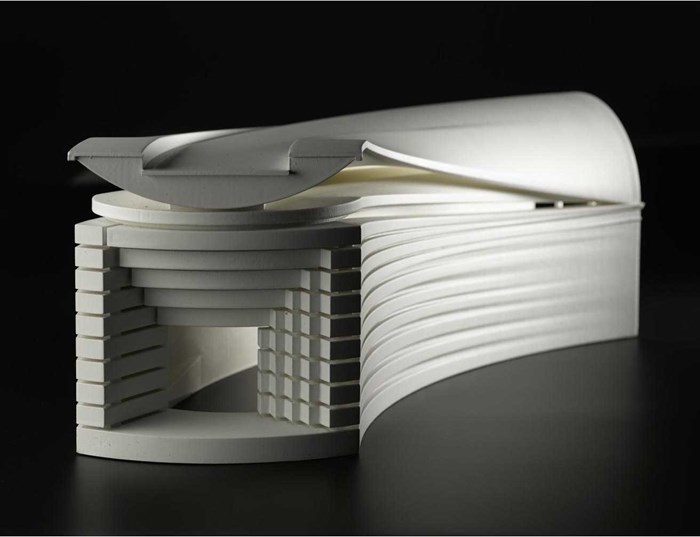 Eden is internationally noted for his work that explores the abstract qualities of vessels, redesigning the historical and culturally familiar, by utilising digital manufacturing and materials.

One of his most renowned reinterpretations is that of the Portland Vase. Notably first copied by Wedgwood in 1790 (a version of which you can see on display within the Art of Living gallery on Level  5), Eden's version was created through an amalgamation of information and images sourced from the internet, which he used to digitally reconstruct the vase, drawing the viewer to question the relationship between the actual and the virtual. 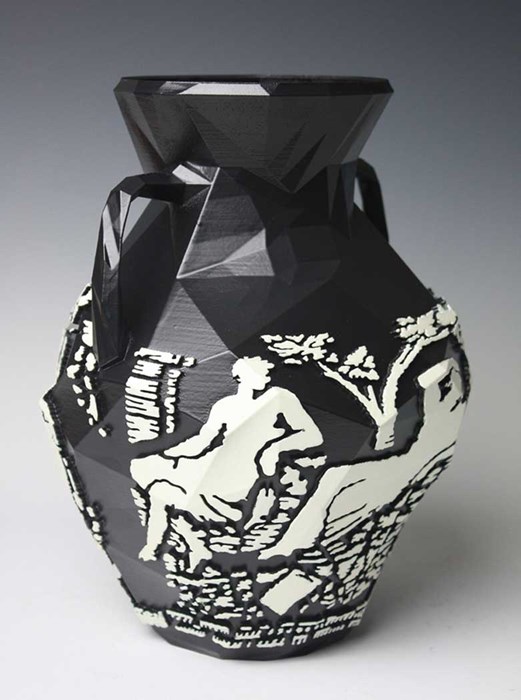 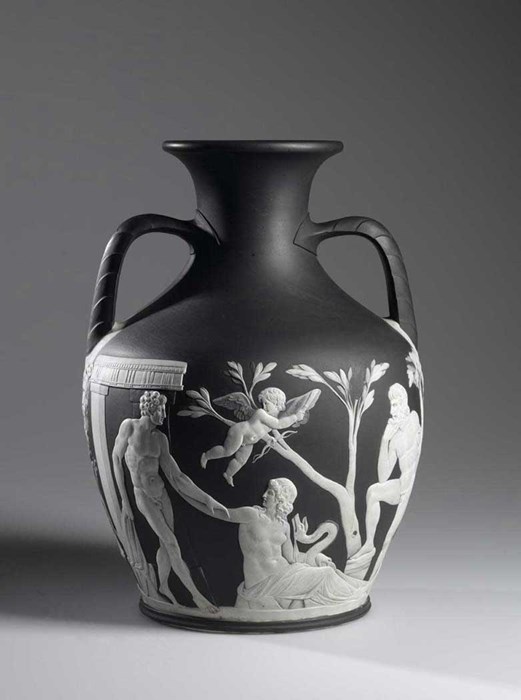 Above:  Copy of the Portland Vase by Wedgwood, 1790-1792, on display in the Art of Living gallery at the National Museum of Scotland.

Eden started his career as a studio potter, specialising in the design and making of slipware for over 20 years. He became interested in the use of digital technology as a creative tool after learning how to write code creating his first website. He has since become noted as one of the first British makers to develop a practice which is a combination of drawing, 3D software, traditional hand skills, and digital technology.

We invited Eden to visit in December 2015 to see the site of the new galleries the work that was progressing in transforming the space for a new generation of Museum visitors.

Eden spent a long time reflecting on the architecture of the Royal Museum building in which the new galleries sit. He was drawn to its different styles of decoration, from the finials on the balustrades to the plaster work arches and cast iron radiators. 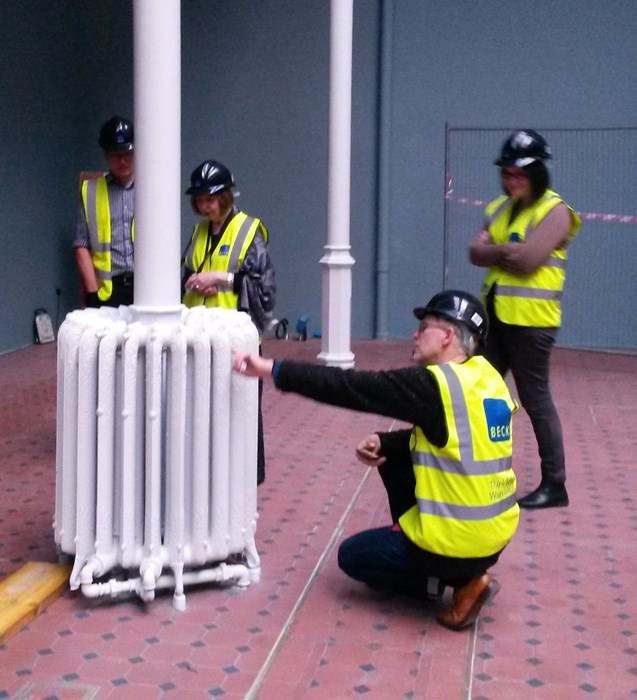 Above: Eden inspecting the cast iron radiators on the ground floor galleries.

Eden then went to work on a proposal for the commission. His idea was to reflect on the meaning of the term 'Portal' as a magical or technological doorway that connects two locations, dimensions, or points in time, whilst focusing on the architecture of the National Museum of Scotland, to exemplify that entering the building has a transformative effect on an individual.

Moving away from the traditional vessel form, the piece would be inspired by 18th and 19th century architectural models. 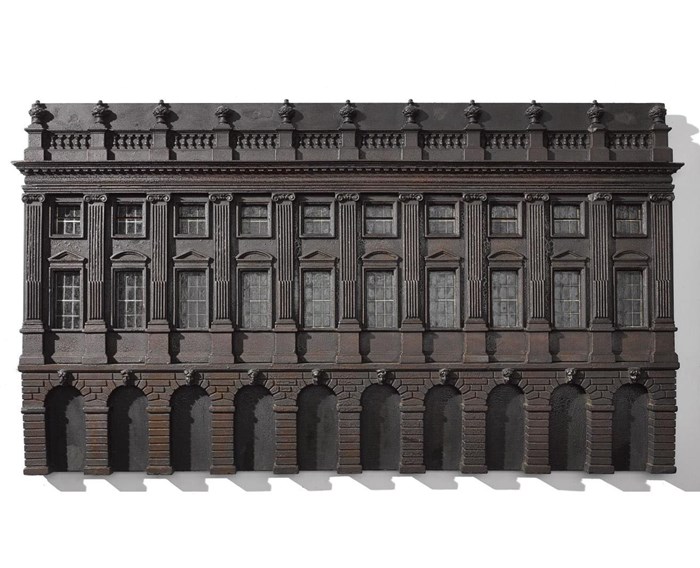 Above: Architectural model of a well-proportioned ten bay and arcaded three storey facade, said to be an architect's model for the Glasgow town house: Scottish, attributed to Alan Dreghorn, c.1756.

The resulting work Portals is a hybridisation of the museum’s architectural styles. From one angle you view the entrance to the Museum of Scotland with its large geometric slabs of Clashach sandstone.

Opened in 1998, The Museum of Scotland was designed by Benson & Forsyth as a Modernist interpretation of Edinburgh Castle filled with Corbusian configurations. 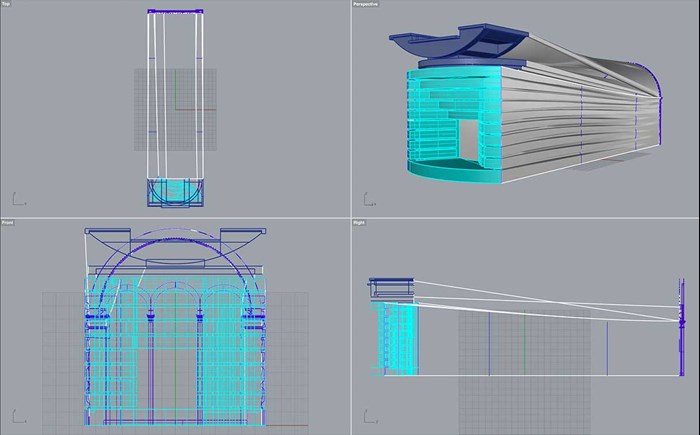 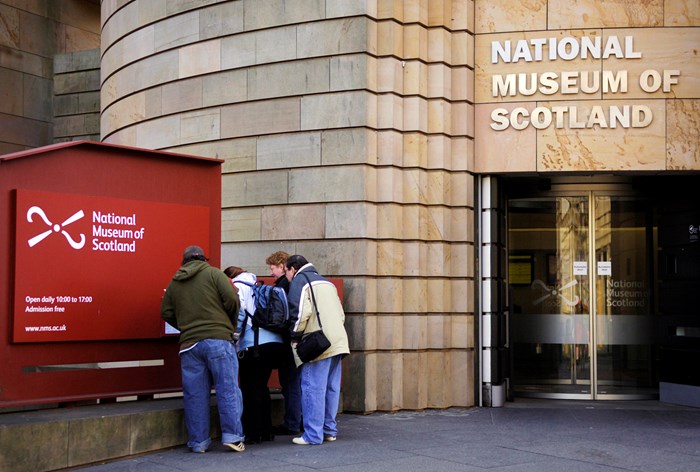 Above: The Tower Entrance to the National Museum of Scotland.

Another angle reveals the graceful curving 19th century archways that lead off the Grand Gallery on each floor. 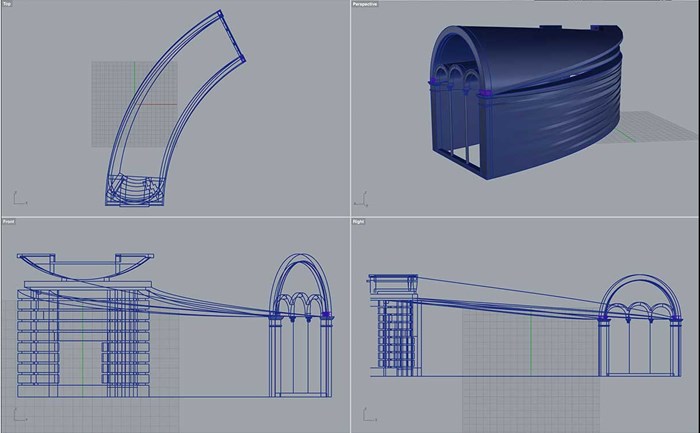 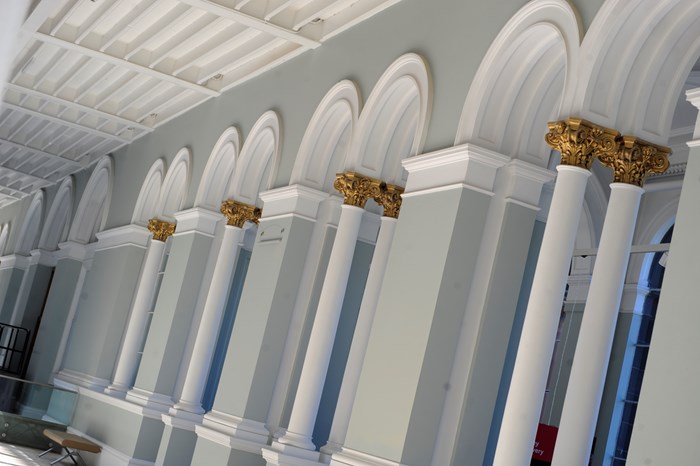 Above: Victorian archways in the Grand Gallery.

The Royal Scottish Museum building was designed in 1861 by the Royal Engineer Captain Francis Fowke, and was Scotland’s response to the splendour of London’s Crystal Palace. This new Museum reflected the Victorian philanthropic ideal of providing education to all through free public institutions. 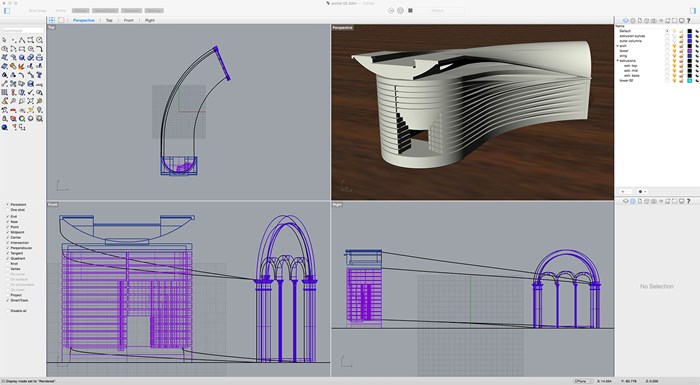 The resulting piece demonstrates that life constantly changes, moving from one point to another, and that museums not only are repositories and guardians of the past, but also shine a light into the future. Much to the original ideas of the Museum founders. 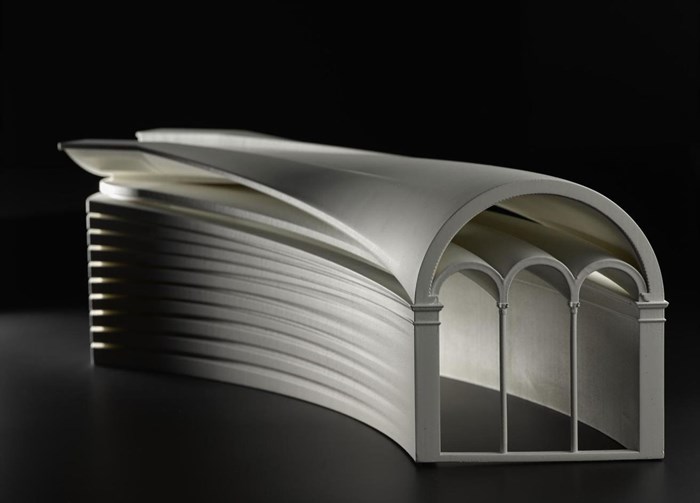 Above: The finished piece © Michael Eden.