These rare Wedgwood plates were designed by the famous Scottish artist and sculptor Sir Eduardo Paolozzi.

Paolozzi’s 1947 collage I was a Rich Man’s Plaything is often described as the first piece of Pop Art ever created. You can see it in the Tate’s collection. 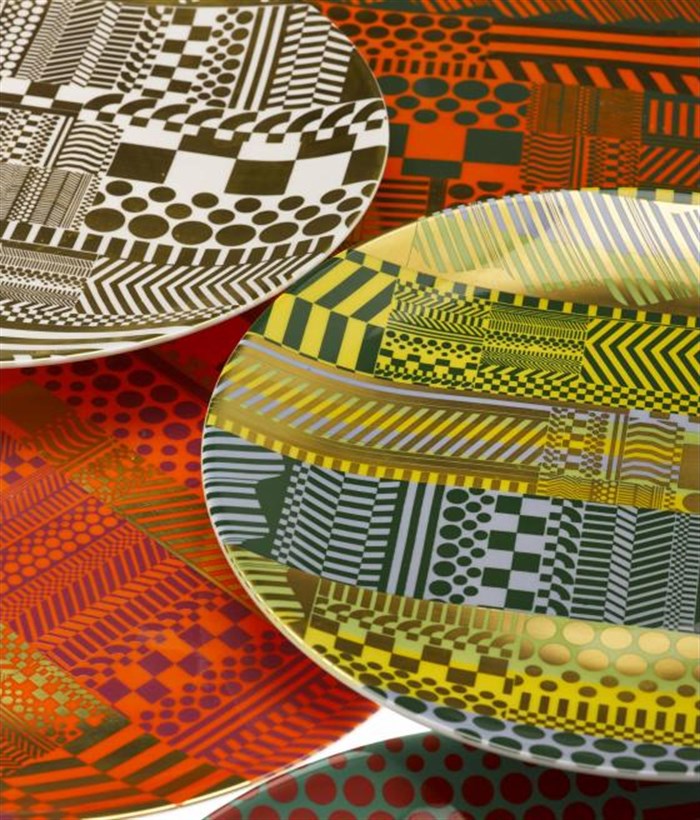 Entitled 'Variations on a Geometric Theme', these six dished shape porcelain plates are silk screen printed with an intricate design by the Edinburgh-born artist Eduardo Paolozzi. Made in 1970 in the famous Wedgwood factory in Staffordshire, they were produced in a limited edition of 200. Paolozzi was awarded the gold medal of the President of the Chamber of Deputies in the International Competition of Artistic Ceramics at Faenza Italy (the leading European competition for ceramic design).

Who was Sir Eduardo Paolozzi?

Paolozzi was born in Leith in Edinburgh in 1924. He studied at Edinburgh College of Art, Saint Martin’s School of Art and the Slade School of Art, before moving to Paris in 1947 and then London two years later. While he worked with many different media, including collage, and silk screen print, he is best known as a sculptor, his signature pieces deconstructing the human figure in a Cubist style.

You can see a series of sculptures by Paolozzi entitled People in our Early People gallery: these stark, stoic figures represent the people of pre-history whose identities are lost to us today. A large body of his work can also be seen in the Scottish National Gallery of Modern Art, including a recreation of his studio. 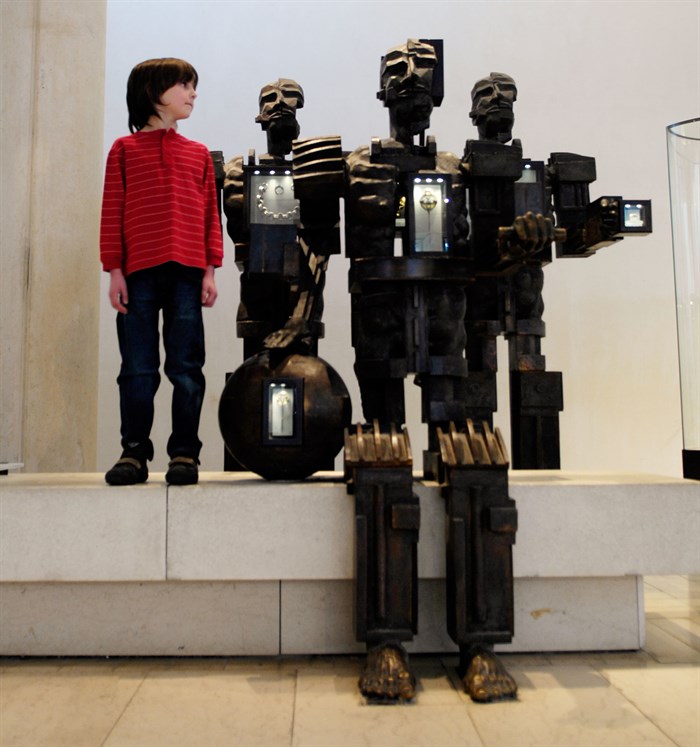 Above: Paolozzi statues in the Early People gallery at the National Museum of Scotland. © Trustees of the Paolozzi Foundation, Licensed by DACS 2015.

Where can I see the plates?

These plates are displayed in the Designers and Designer Makers section of Making and Creating, where they provide a vibrant example of an artist working in an industrial environment.