Discover how these amazing glass models have been educating and inspiring visitors for almost 150 years.

The Museum has over 200 models.

Most of the models are just a few centimetres high. The model of Limax agrestis cinereus (a species of slug) is just 1cm high, 3.5cm long and 0.5mm wide, and is the tiniest object on the wall.

Some of the models were acquired directly from Leopold Blaschka, or donated later to National Museums Scotland.

Window on the World, National Museum of Scotland

Leopold and Rudolf kept their techniques a closely guarded family secret. When Rudolf died in 1939, he took many of the secrets of such fine glass-working to the grave. 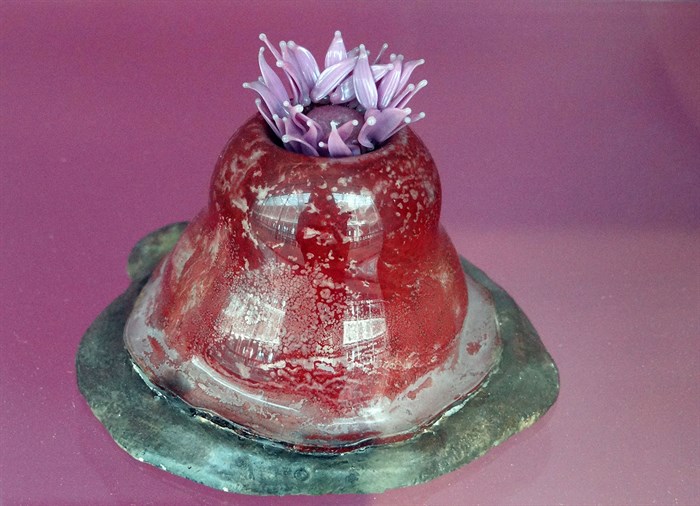 During the late 19th and 20th centuries, master glass artists Leopold and Rudolf Blaschka produced beautifully detailed glass models of plants and sea life for natural history museums all over the world. At National Museums Scotland, we have a fine collection of these mini masterpieces. But why were they made and how did we come to own them?

Models have long played a vital role in the Museum. In the 19th century, museums often contained models and replicas of objects.

When the Edinburgh Museum of Science and Art opened in 1866, it displayed many natural history models. By 1875, the Great Hall (as it was then called) had become home to casts of sculpture and architectural features, and when the ground floor of the west wing opened around 1890, it exhibited an array of engineering models demonstrating technical principles. When it came to helping people learn more about the world around them, models were considered as good as the real thing. 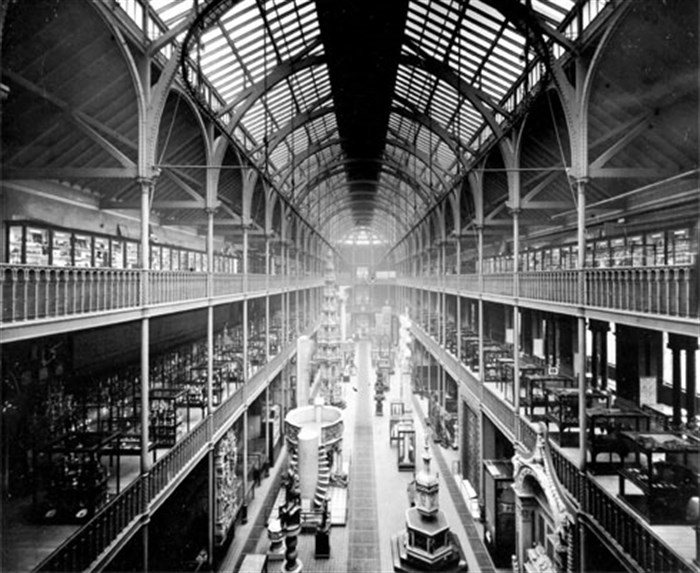 Above: The Grand Gallery in the 19th century.

But while mammals and birds can be represented by taxidermy (where the skin of an animal covers a life-sized model) and fish and amphibians by painted casts, portraying plants, invertebrates and microscopic organisms presents more of a challenge. Pressed flowers and soft-bodied creatures preserved in fixatives or alcohol lose their shape and colour, and cannot convey the vibrancy and form of the living original.

To solve this problem, museums began to commission model-makers to create accurate, life-sized or magnified representations of plants, sea creatures and other organisms, using glass, wax, wood, plaster or papier-mâché. And this is where the Blaschkas come in.

Leopold Blaschka was born in 1822 in Aicha in Northern Bohemia (now part of the Czech Republic), an area renowned for its glass and decorative crafts. His father, Joseph, encouraged his son to follow him into the family business, which specialised in making jewellery from metal, glass and semi-precious stones.

Leopold was fascinated by natural history, and in the mid-1860s he started selling models of flowers and marine creatures, such as sea anemones. These amazingly lifelike creations were based on illustrations and Leopold’s own keen observations of natural life. They were sculpted mainly from glass but also incorporated other materials such as wire, glue and paint, or even parts of the original creatures themselves, such as snail shells.

Word of his skills spread quickly, and soon he was doing a roaring trade, with models commissioned by museums across the globe, from London to Moscow, New York to New Zealand.

The Edinburgh Museum of Science and Arts ordered its first consignment of model molluscs in 1866, after its Director, Thomas Archer, saw some examples in the British Museum. A second batch arrived two years later.

Blaschka’s work was also popular in the home. At a time when aquariums were fashionable, his beautiful creations offered the aesthetic pleasure of an underwater scene with none of the messy maintenance.

After the birth of his son, Rudolf, in 1857, the Blaschka family relocated to Dresden. Around 1880, Rudolf began to assist his father, and by 1888 they had produced more than 700 designs, including squid, sea slugs, octopi, cuttlefish, sea squirts, jellyfish and sea anemones.

In 1890, the Blaschkas signed an exclusive contract to produce glass flowers for Harvard University, and stopped producing any other zoological models. Leopold Blaschka died in 1895, and his son finally retired in 1938. With no apprentices trained up, the family business closed.

During the 20th century, tastes changed. As museums and visitors began to value authentic artefacts over replicas, plaster casts of sculpture and other art works fell out of fashion.

Models, however, continued to play an important part in natural history displays, as the best way to bring soft-bodied animals and other creatures to ‘life’, for study or general interest and enjoyment. 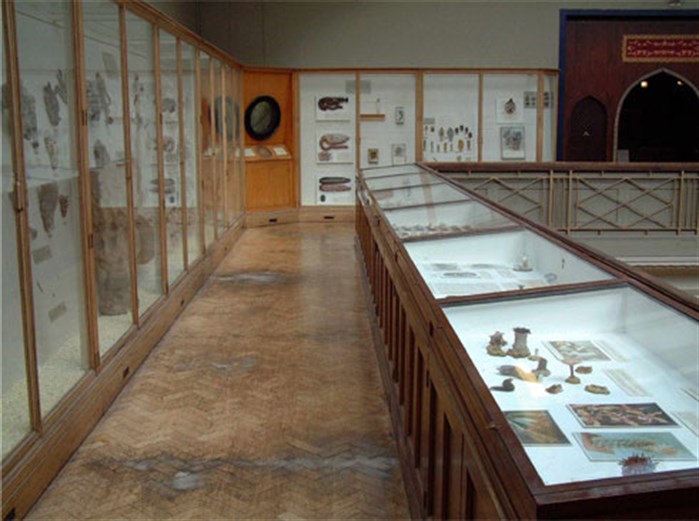 Above: The models on display in the old Royal Museum building.

Even after the Blaschka pieces were no longer produced, the Museum continued to purchase zoological models, although none were quite as exquisite as the Blaschkas’ designs.

The Blashka models on display

82 Blaschka models take pride of place amongst the sumptuous display of objects in the Window on the World in the Grand Gallery.

The aim of the wall is to showcase the vast diversity of our collection. There the models will not only represent our huge, wide-ranging natural sciences collection but also highlight our collection of decorative arts. Both instructional tools and beautiful works of art in their own right, their tiny forms encapsulate our mission at National Museums Scotland to inform, educate and inspire.

Above: Volunteer guide Karen explains why she loves the Blaschka models