Discover how the skull of a 40ft whale, which captured the heart of the nation, has become a permanent feature at the National Museum of Scotland.

Sperm whales get their name from the waxy liquid spermaceti in their heads. This made them a target for whalers for over a century, but they are now a protected species.

Sperm whale in the Forth estuary

The skull of a sperm whale found beached on the banks of the River Forth is now on display at the National Museum of Scotland.

The 40ft whale known affectionately as ‘Moby’ became a cause célèbre after being sighted swimming up the Forth rather than out to sea. Rescuers, including BP tugs and the pleasure boat Maid of the Forth, tried desperately to push him back out to sea. Unfortunately their efforts were in vain and sadly Moby beached and died on the foreshore at Airth on 31 March 1997 - the first sperm whale to be stranded in the Forth in over 200 years. 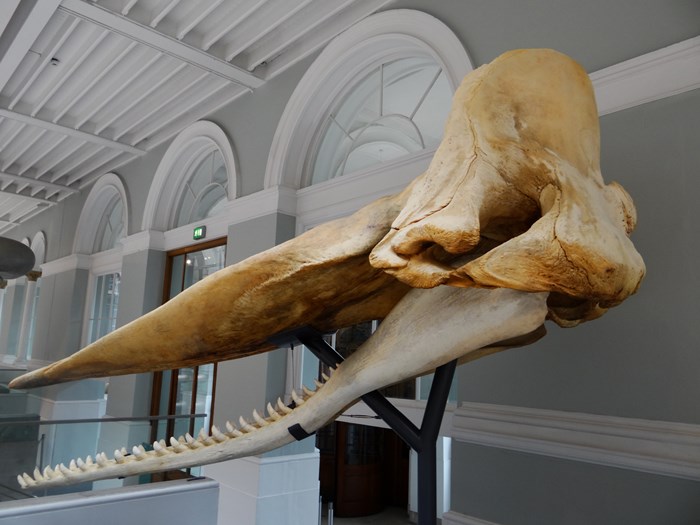 Above: Moby the sperm whale skeleton on display in the Grand Gallery, National Museum of Scotland.

Moby moves to the Museum

Following his death, Moby’s skeleton was prepared by museum staff and is now in National Museums Scotland’s Natural Science collections, which is home to several million specimens, including one of the largest marine mammal collections in the world. 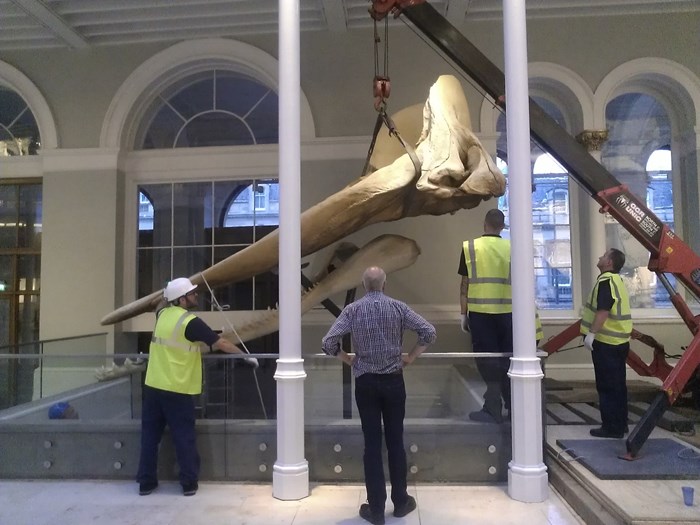 Above: Moby the sperm whale skeleton being manoeuvred into place in the Grand Gallery, National Museum of Scotland.

Moby and the Turner Prize

Moby tasted fame again in 2009, when his skull was loaned to Glasgow-based Turner Prize nominee Lucy Skaer for her work ‘Leviathan Edge 2009’ at Tate Britain.