This Persian leopard is a male that was born at Bristol Zoo in 1994. He eventually found a home at Wilhelma Zoo in Stuttgart, Germany where he died at the advanced age of 17 years old.

Persian leopards are endangered, with only around 1,000 still in existence.

This Persian leopard is very unusual because he actually has the typical coat pattern of his close relative the jaguar, Panthera onca. The unusual coat pattern is a result of a genetic mutation and has probably arisen due to inbreeding within the captive population. 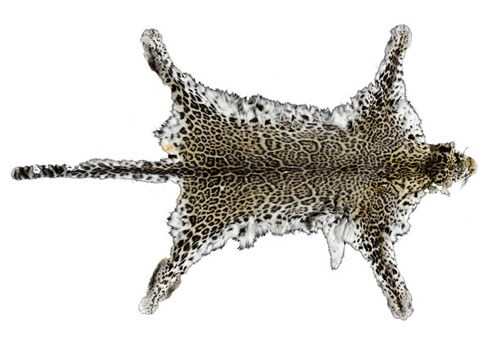 The future of the Persian Leopard

The Persian leopard is an endangered subspecies of leopard whose stronghold is in Iran, where perhaps only around 1,000 animals survive. Their decreasing numbers have been due to a number of factors including poaching, and habitat destruction.

Fortunately, a captive breeding programme (The European Endangered Species Programme) has been established for the Persian leopard in European zoos, where more than 100 now survive. This programme aims to establish a viable population of Persian leopards in zoos as a back-up to endangered wild populations.