This portrait of the young prince is by the renowned Venetian artist Rosalba Carriera, and is on display at the National Museum of Scotland for a limited time.

Pastel on blue paper, the half-length portrait depicts the prince wearing the Order of the Garter.

Prince Charles Edward Stuart was 16 years old when the portrait was painted and it is believed to be the only portrait of him pre-dating the 1745 uprising which was not painted in Rome. Carriera painted the prince in 1737 while he was in Venice on a tour of the major cities in central and northern Italy. That the portrait was produced in Venice rather than Rome is significant because it was not commissioned or supervised by his father, the exiled James VIII, and therefore was free from James’ undue influence upon the artist and likely to be a more accurate representation. 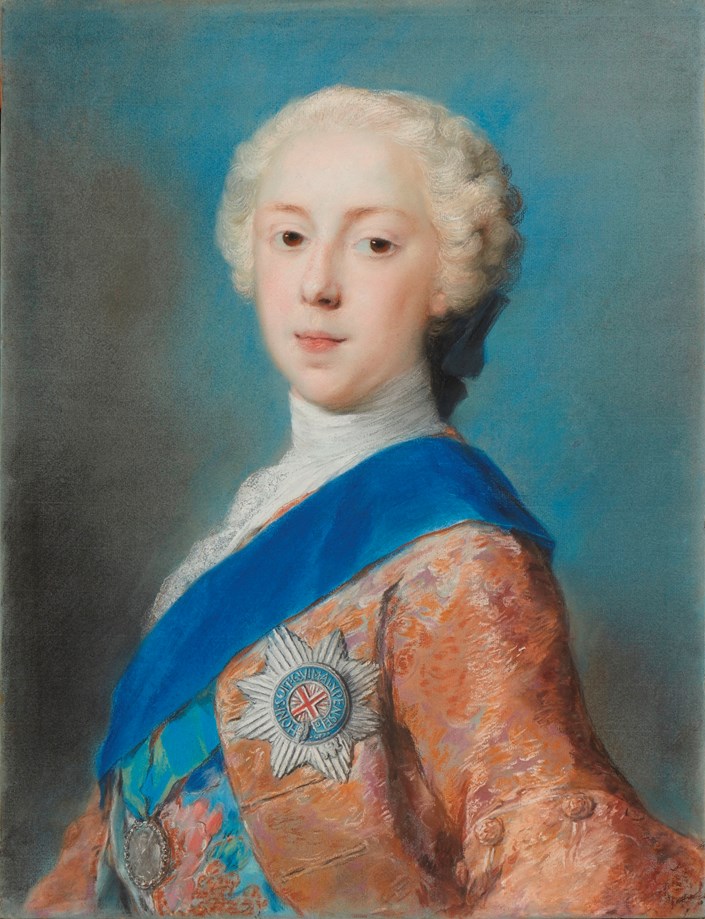 The portrait was sent to King James in Rome, who at some point gifted it to one of his friends and supporters. It remained in a private collection unknown to the general public until it was auctioned in 2018. It was purchased by The Pininski Foundation, who has generously lent it for short-term display at the National Museum of Scotland.

Who was Rosalba Carriera?

Rosalba Carriera was born in Venice into a modest family and was most likely self-taught. She became internationally celebrated as a pastel portraitist, often portraying foreign visitors to Venice. In 1705 she was elected a member of the artist's academy in Rome, the Accademia di San Luca.

In 1720-1 she was in Paris where she painted Louis XV (1710–1774) as a boy and became a member of the French Académie Royale de Peinture et de Sculpture. Her mastery of the pastel medium helped transform it into a serious and highly-admired art form.

Where can I see the portrait?

The portrait will be displayed in the Scotland galleries until 27 May, next to the existing display of Bonnie Prince Charlie's belongings, including his silver canteen of travelling cutlery and targe.