These multi-coloured plastic dolls, western in their appearance, are very popular in Africa today. They are a common everyday item in many communities around the world, but still fit in the Museum’s collection of more traditional African dolls from the late 19th to early 20th century.

In many African cultures, dolls are not just playthings but have many symbolic meanings. 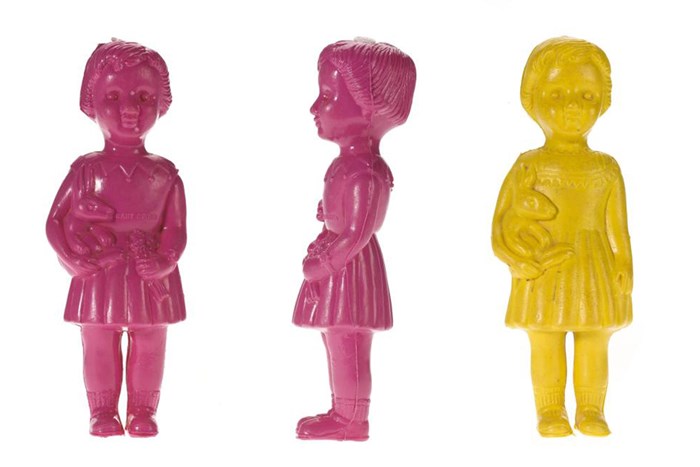 How the plastic dolls were acquired

The dolls were bought by Sarah Worden, Curator of African Collections, for a few francs from a stall selling an eclectic mix of objects at the daily street market of Mopti, an important trading port on the vast River Niger in Mali, West Africa. Sarah explains:

"I’d see if I could find any of these plastic dolls. We looked in all the little stores and always checked and checked. Later in the afternoon, one of my friends said: is this the kind of doll you want? The woman at the store couldn’t really understand why I was so excited.

"[The two dolls] were about £1.50. It’s not about the money; it’s about what they mean to the people still today. I don’t presume that they are of any monetary value but they do have significance." 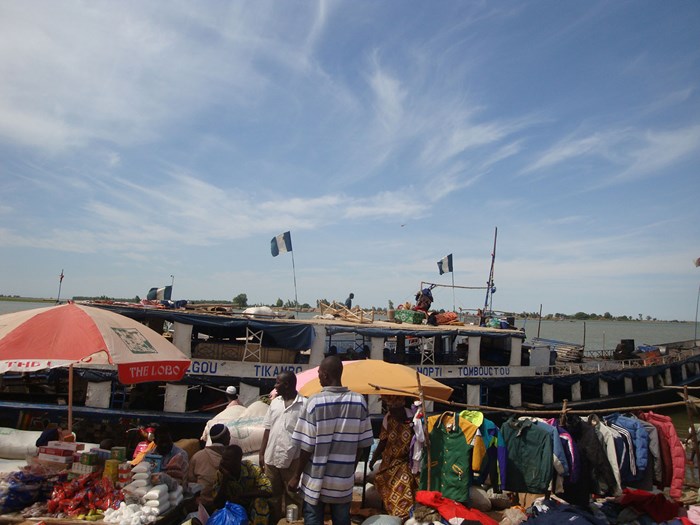 Above: Market in Mali.

What do the dolls represent?

In many African cultures parents make or buy dolls to give to their children. It is said that a girl who likes playing with dolls in her childhood will have many children. Just like her mother, the girl carries the doll like a little baby tied onto her back.

As the girls grow older, the dolls acquire a different meaning. During their initiation – a ceremony celebrating the fertility of a young girl – young women receive a wooden fertility doll which is made by their fathers. The doll represents a model of their future child. To ensure her child will be healthy and strong, the young woman has to treat it like a real infant. 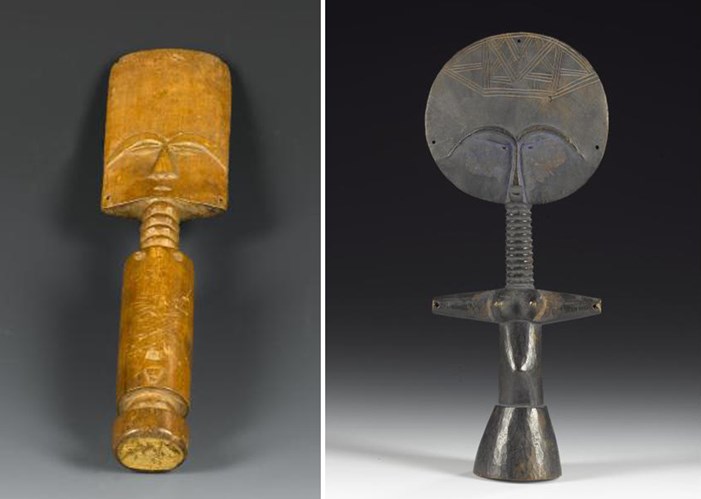 Above: Fertility dolls from Ghana from the 19th and 20th centuries.

A man who wishes to marry a woman might give her a doll as a sign of his commitment. A very elaborately designed doll can also be a wedding present to wish the couple a child as soon as possible.

Instead of symbolising future souls, some dolls take the place of a dead individual – for example, in Nigeria, an ere ibeji doll is often used to represent a dead twin and to keep the harmony between twins’ souls. 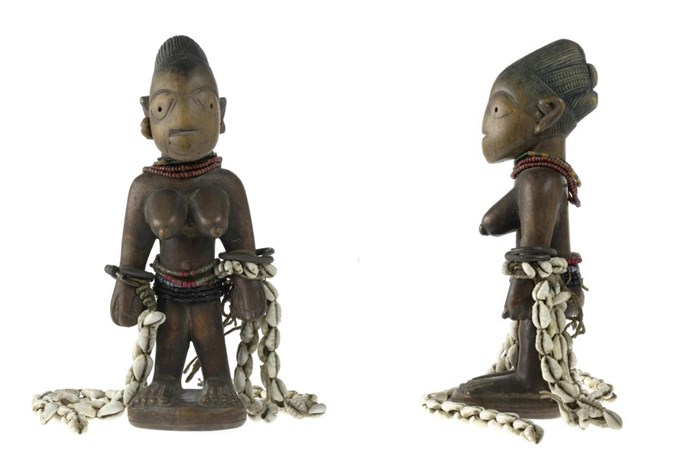 What makes a doll?

In the western world, a doll is usually associated with a clearly recognizable female figure. The variety of shapes, materials and sizes of African dolls challenges this notion. The dolls can be simple or highly complex and creative objects. They might be made from local, natural materials, such as wood, cane, calabashes, mud or clay. If available, imported materials such as glass or plastic beads are used for decoration and emphasize the value of the doll. 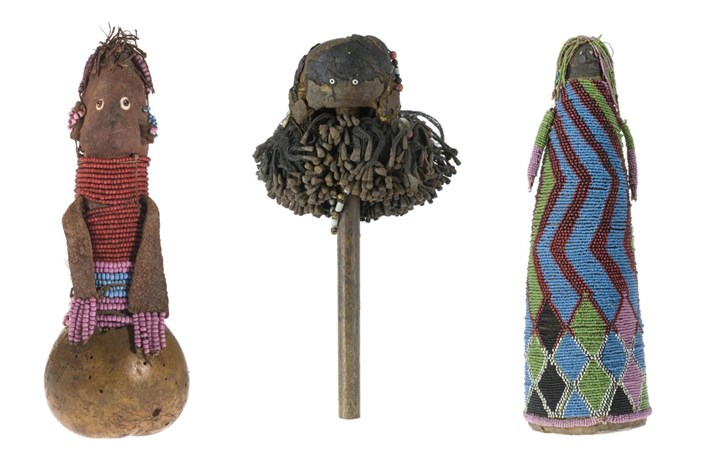 The two plastic dolls bought in Mali are a marked contrast with the traditionally manufactured African dolls. Probably mass-produced in China, this type of doll is sold in many markets across Africa along with other plastic toys and domestic objects. Still, girls carry them in the same way they carry more traditional dolls, and they keep them for years.