What would it have been like to enter the imposing palaces of King Ashurnasirpal II? To obtain an audience with the king, visitors would walk through courtyards and halls, their walls covered with relief panels carved with mainly narrative scenes.

Sir James Young Simpson, who donated the relief to the museum, is better know for discovering the anaesthetic properties of chloroform for medical use. 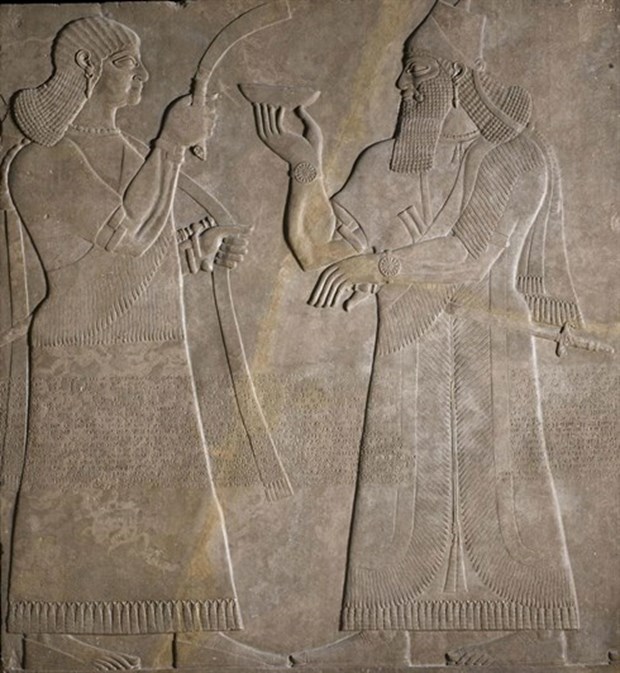 Who was King Ashurnasirpal II?

King Ashurnasirpal II ruled Assyria from 883-859 BC. He was the son of Tukulti-Ninurta II and is known for the consolidation of his father's conquests, leading to the establishment of the New Assyrian Empire.

The details of his reign are best known from his own inscriptions and the splendid relief in the ruins of his palace at Nimrud, in Northern Iraq. Although he was a brilliant general and administrator, he is perhaps best known for his brutal frankness with which he described the atrocities committed on his captives.

What does the relief depict?

The intention behind these scenes was to overwhelm visitors with both the wealth and the power of the King.

They illustrate the King’s dominance through his prowess on the battlefield, his sporting successes hunting lions and other animals, and his role as the high priest and earthly representative of the god, Ashur.

King Ashurnasirpal II (right) stands opposite one of his court officials conducting a religious ceremony. The carving is one of many that were excavated by the archaeologist Austen Henry Layard at Nimrud in the 1840s. This stone panel comes from the North-West Palace of Ashurnasirpal. 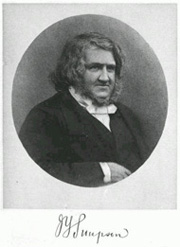 The panel was given to the Society of Antiquaries of Scotland in 1865 by Sir James Young Simpson, better known as an obstetrician and pioneer in the field of anaesthetics.

It then passed into the collections of the National Museums Scotland. Simpson had a strong interest in archaeology and was a Vice-President of the Society.

The relief panel had been discovered by Austen Henry Layard, who had uncovered the palace remains at Nimrud (ancient Kalhu) in northern Iraq.