Ornate and intricately detailed, this collection of jewellery and personal possessions once belonged to the last ruler of the Sikh Empire, Maharaja Duleep Singh. The objects were later purchased by Major Donald Lindsay Carnegie and bequeathed to the National Museum of Scotland upon his death in 1911.

Maharaja Duleep Singh lived for some years at Castle Menzies in Perthshire, Scotland. 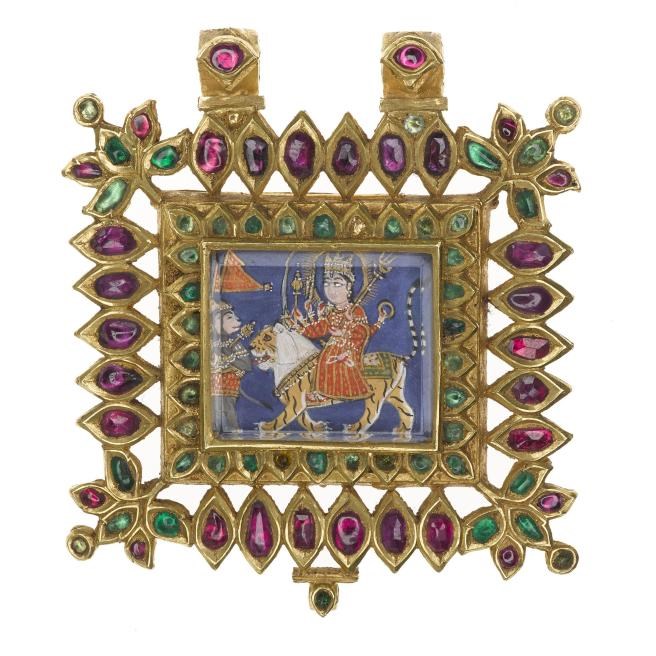 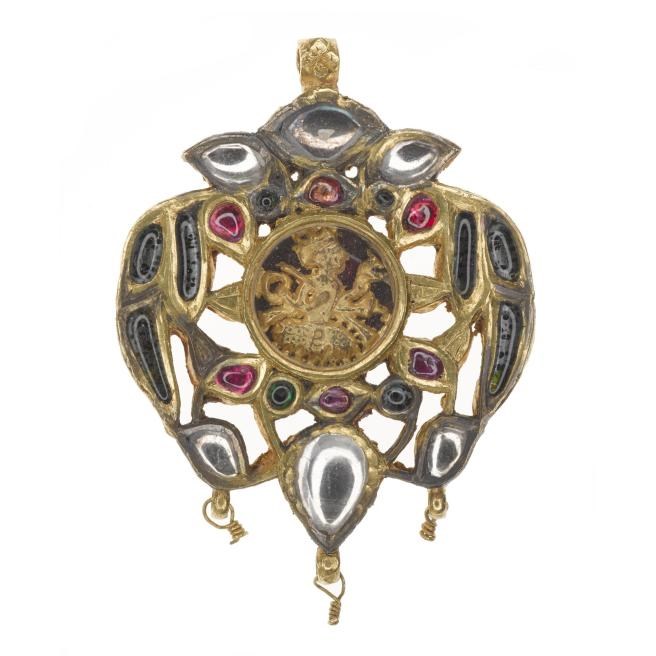 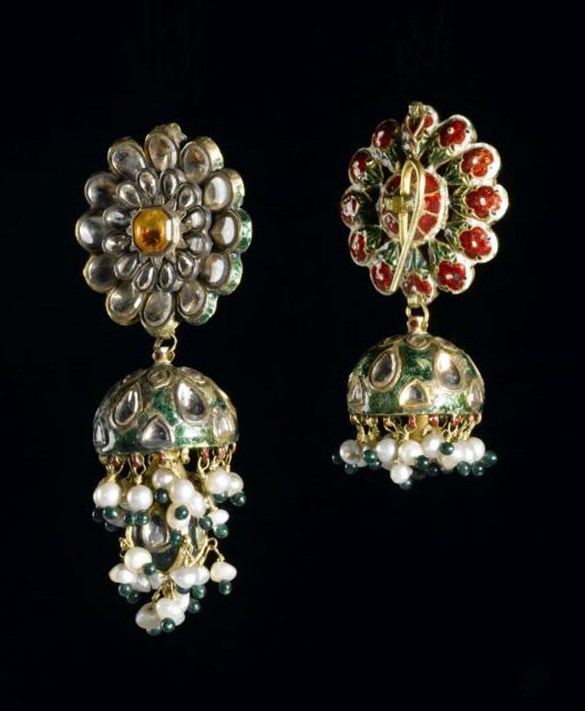 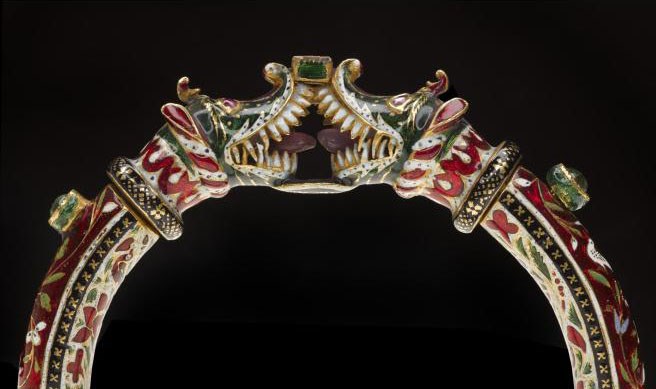 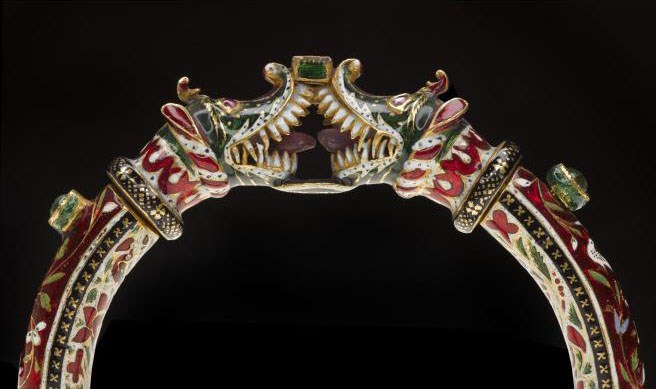 Maharaja Duleep Singh was born in 1838 in Lahore, the capital of the Sikh Empire. As a young boy, Duleep Singh became the Sikh Emperor but his reign was short lived. In 1849, the East India Company deposed him, confiscated the majority of the Sikh treasury, and placed him under the guardianship of the Scotsman Sir John Login. At the age of fifteen, Duleep converted to Christianity and moved to Britain where he lived as a British aristocrat. 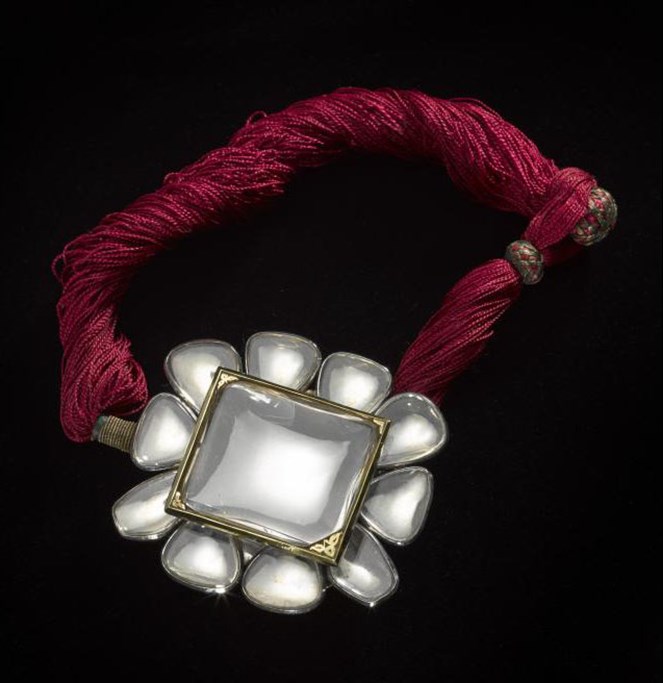 Above: Armlet composed of gilded silver and large rock crystals which would have been secured on the arm by the crimson silk threads: Northern India, 1800-1850.

Major Carnegie and the selling of an inheritance

Donald Lindsay Carnegie, born in 1840, enlisted into the military in 1858. By 1876, he rose to the rank of Major and served the latter part of his career in India until his retirement, in around 1877, when he moved to St. Andrews, Scotland. In 1899, Prince Victor Duleep Singh, the Maharaja's eldest son, sold part of his inheritance in order to pay off his considerable debts. Carnegie, mainly a collector of coins, later purchased a number of these items from the auction house Spink's, a decision possibly inspired by his years of service in India. Upon his death in 1911, Major Carnegie bequeathed his collection to the National Museum of Scotland. 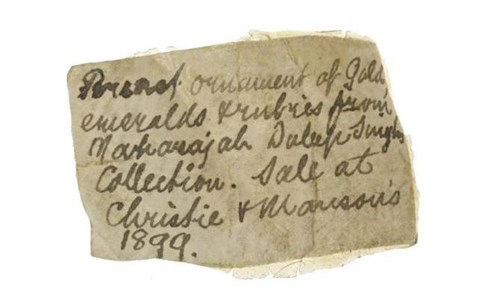 Above: Note inside a box attached to the back of the square pendant from the collection, possibly written by the Spink's office after purchasing objects from the auction house Christie's.

This piece, part of Carnegie's collection, is a detailed gold pen case produced in northern India during the nineteenth century. In order to create the flowers and leafy scrolls covering the surface of the case, the artist employed a technique known as 'chasing' in which the metal is pushed back to reveal the designs. As gold was considered precious, this technique was chosen in order to preserve as much of the metal as possible. The circular opening at the top of the inner case is an ink well used to hold the ink for writing. 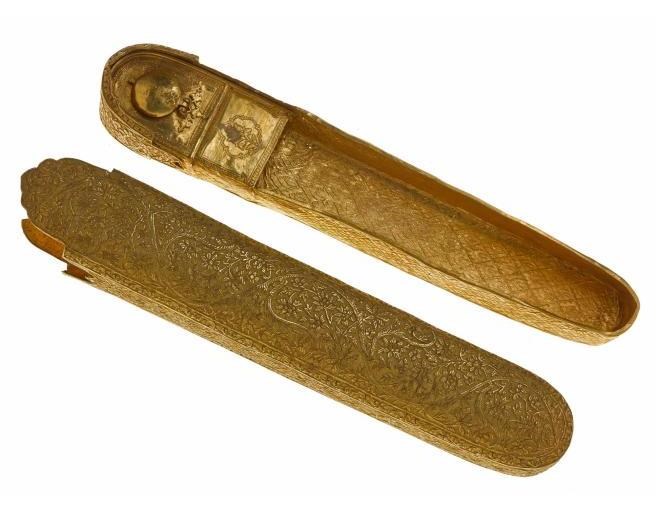 Above: Gold pen case from the possessions of Maharaja Duleep Singh.

As interpreted by the Singh Twins in their painting Casualty of War: A Portrait of Maharaja Duleep Singh, this pen case might have held the brushes and ink Duleep Singh used to write to the British government, petitioning them to reinstate him as ruler of the Sikh Empire. After the appeal was ignored, Duleep Singh reconverted to Sikhism and travelled to Europe in the hopes of rallying support for his cause. However, in 1893 he died having neither regained his empire nor returned to India. 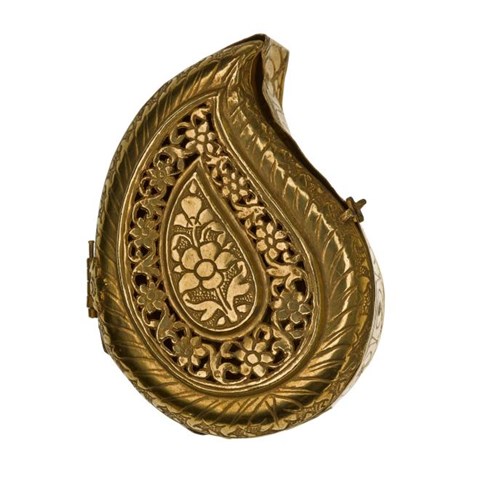