This acquisition by contemporary Japanese artist, Taguchi Fumiki, has been laboriously carved to create a dazzling surface that sparkles like diamonds.

The surface of this choker would be impossible to polish, so the silver has been coated with rhodium to prevent tarnishing. Rhodium is a rare and valuable metal that is resistant to corrosion and is most commonly found in catalytic converters in automobiles. 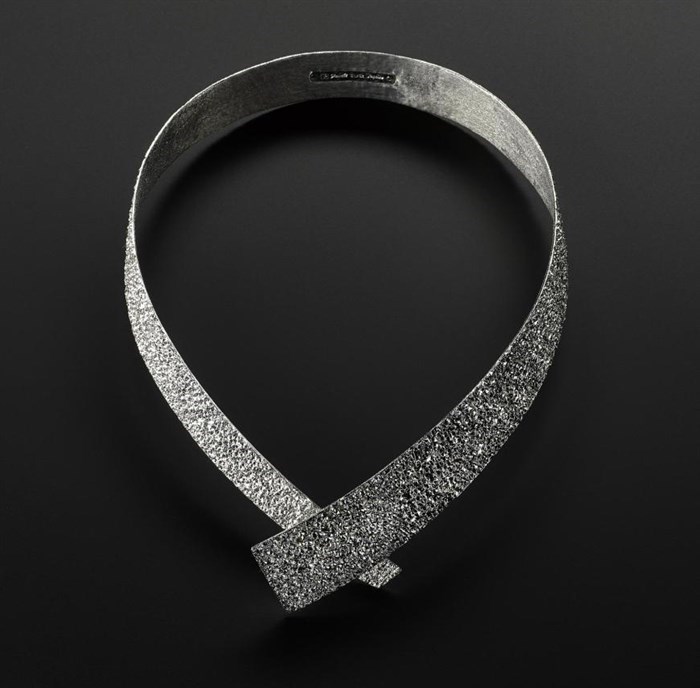 Above: Wound Around choker by Taguchi Fumiki.

How can you recognise Taguchi's style?

Taguchi Fumiki typically employs quite elaborate, baroque forms, but this choker employs a strikingly simple, modern form. The artist explained that this approach was more in keeping with his teacher's work.

Taguchi uses the traditional carving technique known as wabori in his work, laboriously carving the silver to create a dazzling surface which gives the impression is it diamond-studded. Such a surface would be impossible to polish, so the silver is coated with rhodium to prevent tarnishing.

Taguchi served quite a traditional apprenticeship in the workshop of the renowned jewellery artist, Hiramatsu Yasuki (1926–2012), and was the last of that master’s students. Hiramatsu is a pioneer of contemporary jewellery who explored and re-interpreted traditional metalworking skills in order to create modern art. Taguchi Fumiki then went on to study a Master of Fine Arts (Metal Carving) at the Tokyo University of the Arts. 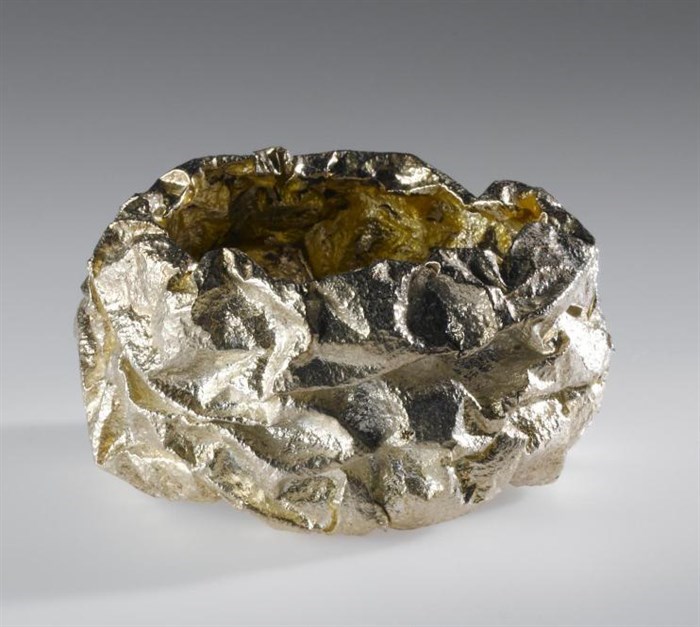 This silver and resin cuff was made by Hiramatsu Yasuki and is part of National Museums Scotland collection.

When was the choker added to the collections?

The collecting of contemporary Japanese jewellery for National Museums Scotland began in the early 1990s, and there is a strong representation by artists working in a range of materials.

In May 2015 Dr Rosina Buckland (Senior Curator, East & Central Asia) travelled to Japan to make acquisitions for National Museums Scotland and this included five pieces of jewellery. She was able to meet with the artists to discuss their inspiration and techniques, and visit the studios where they work. 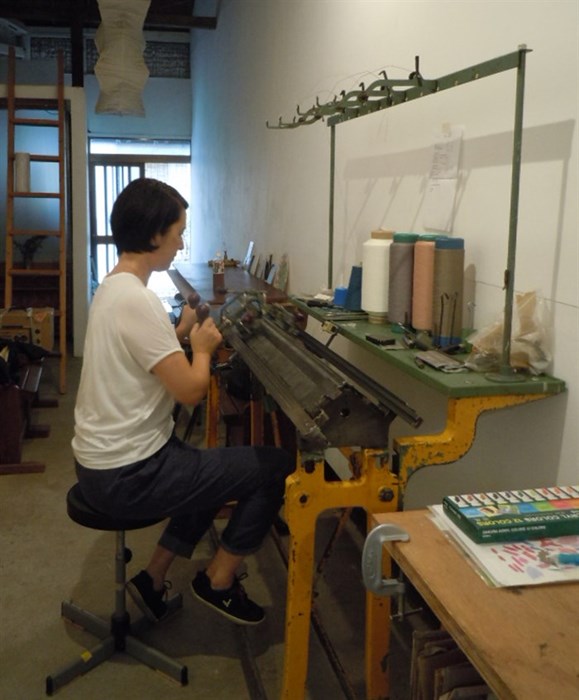 Above: This image shows Izawa Yoko, one of the artists Dr Rosina Buckland met on her travels, in the studio © Izawa Yoko 2015.