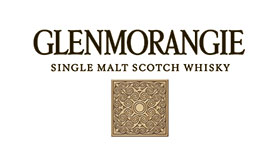 Thanks to The Glenmorangie Company’s support, National Museums Scotland has been able to undertake ground-breaking research on this fascinating period of Scotland’s early history. Beautiful, elaborate and sophisticated objects, sculptured stones, and manuscripts were produced in Scotland during this time, and through the project we are able to uncover their stories and share them with everyone.

The Early Medieval or Early Historic period (around AD 300 – 900) is a very important part of Scotland’s past, coming immediately before the birth of the earliest political entity known as ‘Scotland’, and yet it is not a well-known period of Scotland’s history. Since 2008, The Glenmorangie Project has successfully uncovered hidden mysteries from this period and enhanced current archaeological knowledge.

The current phase of the partnership, which is now entering its tenth year, sees the research focus move on from the first millennium AD to the 9th to 12th centuries, to examine the archaeological evidence which underpins the formation of the nation state of Scotland. This new phase, entitled Creating Scotland, will enable researchers to explore objects and evidence of the period, bringing new knowledge and research techniques to bear on a critical period in Scottish history. 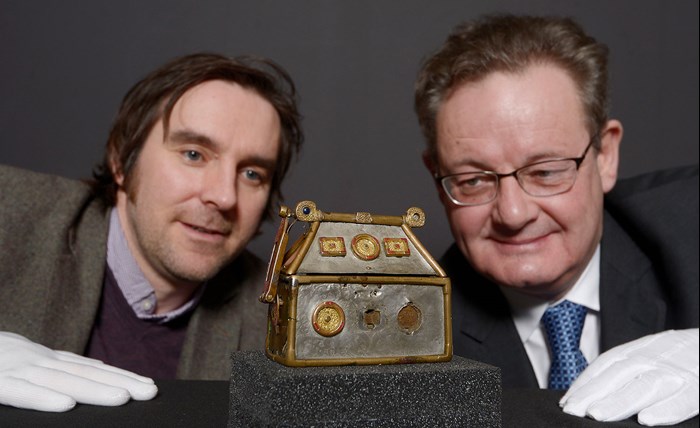 Above: Dr Martin Goldberg, archaeology curator at National Museums Scotland and Hamish Torrie, Corporate Social Responsibility Director at The Glenmorangie Company, , with one of the National Museum’s most treasured objects, the Monymusk Reliquary, which will be part of the next phase of a major research project in partnership with The Glenmorangie Company. Photo © Neil Hanna.

The partnership also sees the introduction of the Glenmorangie Commission and a tour of the Scotland’s Early Silver exhibition to Stornoway on the Isle of Lewis, Banff in Aberdeenshire and Kirkcudbright in Dumfries and Galloway. 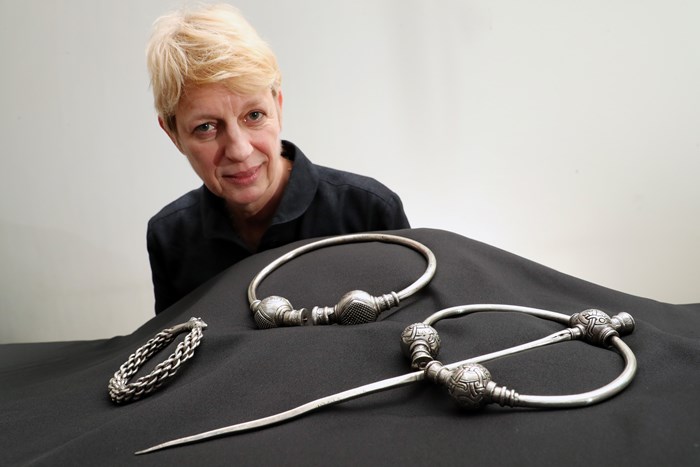 Above: Renowned metalsmith Simone ten Hompel will be creating a contemporary work inspired by our Viking-age silver for the Glenmorangie Commission. Photo by Stewart Attwood.

Precious metals underpinned the emergence of early medieval kingdoms across Europe by providing the raw material used to make prestige objects. While some places favoured gold, in Scotland silver was the most important precious metal for over six hundred years. Silver arrived during Roman times and this new and exotic material quickly became the most prestigious material for displaying power. It remained important across the period, being made into large silver chains, brooches, and religious objects.

As part of the Glenmorangie Project, archaeologists at National Museums Scotland have undertaken a programme of research into Late Roman and Early Medieval silver. This includes hoards such as the Late Roman treasure from Traprain Law, and two hoards containing hacked-up silver, coins and jewellery from both the Late Roman and Early Medieval periods found in Fife and Aberdeenshire. The breadth of National Museums Scotland’s collections, with the support of The Glenmorangie Company, puts National Museums in a unique position to reveal the role of silver in the development of the first kingdoms of Scotland. 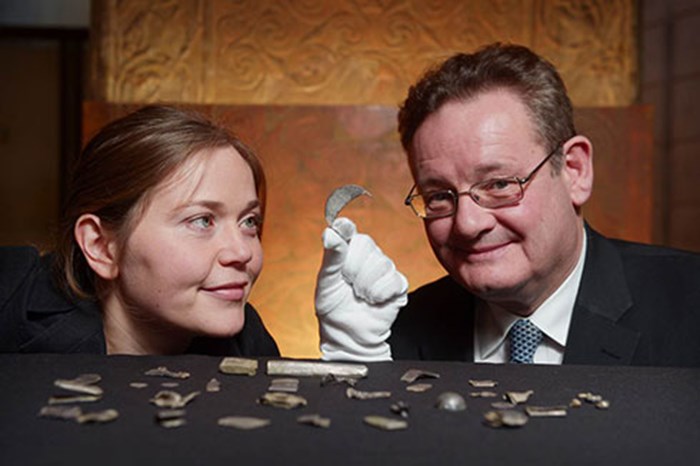 Above: Alice Blackwell, The Glenmorangie Research Fellow and Hamish Torrie, Director of Corporate Social Responsibility at The Glenmorangie Company, examine the hoard. Photo by Phil Wilkinson.

The project included an exhibition at the National Museum of Scotland, Scotland's Early Silver, which reveals for the first time how silver, not gold, became the most important precious metal in Scotland over the course of the first millennium AD.

The project also supported a series of films exploring the role of silver in the Late Roman and Early Medieval periods.

To celebrate and better understand some of the beautiful objects created during this period, the Glenmorangie Project has also supported a creative collaboration between our museum archaeologists and contemporary craftspeople and artists.

The collaboration produced beautiful recreations of early medieval objects, some of which have only survived as fragments or in imagery.  The objects were on display at National Museum of Scotland from October 2013 to February 2014 in an exhibition called Creative Spirit: Revealing Early Medieval Scotland. 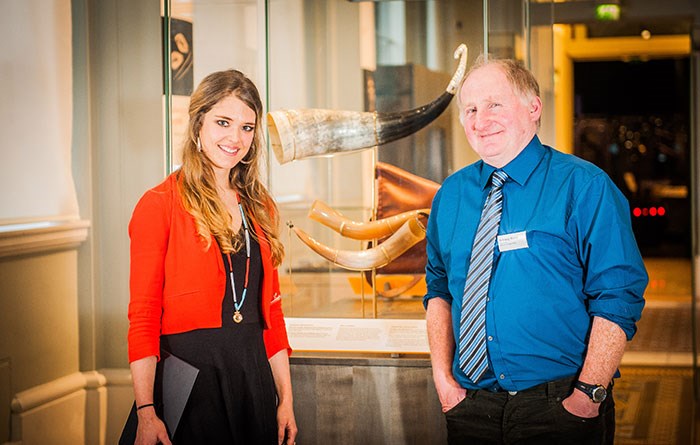 Above: Makers Jennifer Gray and Johnny Ross in the Creative Spirit exhibition, with the drinking horns they recreated using traditional methods and digital technology.

Recreating these objects using a mix of traditional methods and cutting-edge technology allowed us to deepen our understanding of their construction and purpose, and also gave us a unique insight into the people and society that made and used them. The exhibition displayed these historical recreations alongside the original objects.

You can find out more about the objects and how they were recreated here. 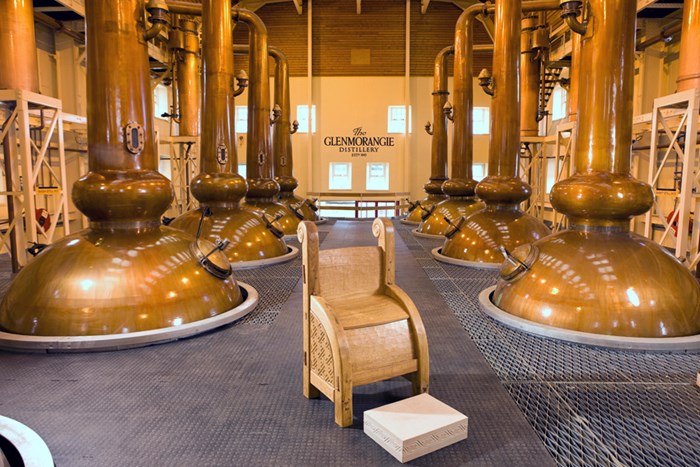 Above: Recreation of a Pictish throne in the Glenmorangie distillery.

Header image: Dr Martin Goldberg, archaeology curator at National Museums Scotland, with one of the National Museum’s most treasured objects, the Monymusk Reliquary, which will be part of the next phase of a major research project in partnership with The Glenmorangie Company. Photo © Neil Hanna. 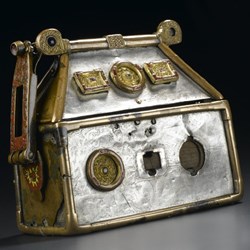 National Museums Scotland is establishing an international network of scholars to explore the role of silver in the emergence of the early medieval kingdoms of Europe. This network has been made possible thanks to an award from the UK Arts and Humanities Research Council.
More