Fossil Hunters
Unearthing the Mystery of Life on Land

You are here Home > National and international work > Sharing collections > Touring exhibitions > Fossil Hunters
This National Museums Scotland Touring Exhibition which explored how life on earth moved from water onto land 360-345 million years ago. The tour has now ended.

Discover how life on earth moved from water onto land 360–345 million years ago through ground-breaking discoveries made in Scotland.

Until recently no fossil evidence had been found to explain how vertebrate life stepped from water to land, leading to a gap in our scientific knowledge of evolution. Known as Romer’s Gap, this mystery has been challenging palaeontologists for generations.

In summer 2015, researchers from National Museums Scotland and institutions around the country carried out excavations in Scotland. Their extraordinary discoveries offer unique insights into an ecosystem that existed millions of years ago. After years of searching, the answers to the mystery of Romer’s Gap have finally begun to be unearthed. 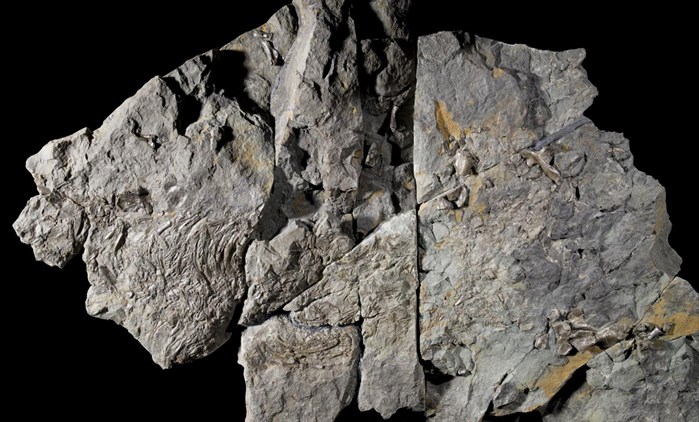 Above: Fossil of Ribbo collected from a site in the Whiteadder Water.

In Fossil Hunters, meet some of the earliest creatures to inhabit land, along with the people who uncovered them. Discover the scientific techniques used to extract and identify these fossils, and glimpse what life was like before the dinosaurs. 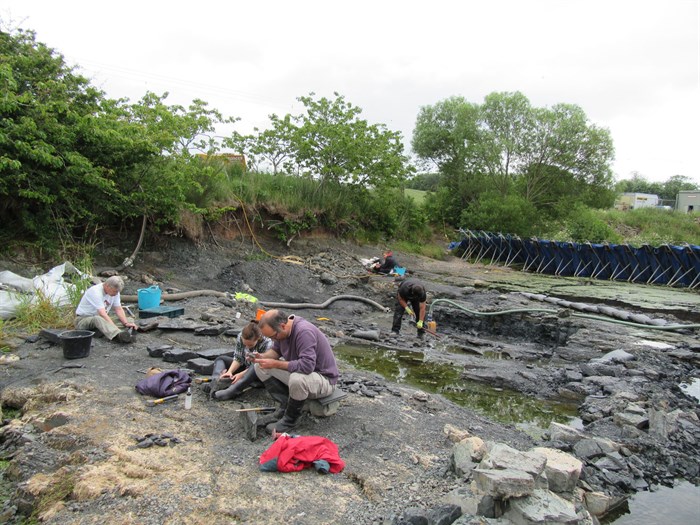 Above: Excavation site on the Whiteadder Water. 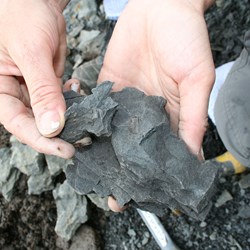 Join our team of scientists as they investigate the mystery of life on land.
Read

National Museums Scotland houses a world-class collection of Palaeozoic fishes and early tetrapods (animals with four limbs) and for many years this has been the focus of a number of major research programmes by scientists around the world.
More
Exhibition information