You are here Home > National and international work > Sharing collections > Touring exhibitions > Reflections on Celts
This was a touring display of two Iron Age mirrors toured to five museums across the UK in conjunction with a major exhibition on Celts, shown at the British Museum in London and the National Museum of Scotland in Edinburgh.

Beginning in October 2015 and finishing in March 2017, The Reflections on Celts tour visited:

Organised with the British Museum.

Metal mirrors with a polished reflective surface on one side and swirling Celtic art designs on the reverse were first made around 100BC. Celtic art acted to mark out powerful objects in the Iron Age, and versions of these styles have been key to reflecting people’s identities right up to modern-day Britain. The two mirrors in the tour tell very different stories. They reveal both similarities and local differences which help us to understand the relationships between communities across Britain 2,000 years ago.

The British Museum’s Holcombe mirror, from Devon, south-west England, was uncovered during the excavation of a Late Iron Age settlement which lay beneath a Roman villa. The back of the mirror is engraved with a stunning looped design which perfectly balances engraved motifs with empty space. This was a new style of Celtic art which developed in southern Britain as communities here were coming into closer contact with the Roman world. 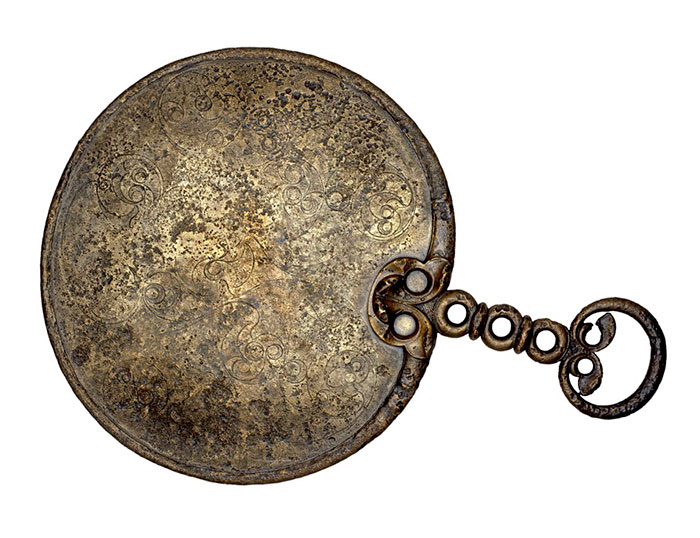 Above: The Holcombe mirror. © Trustees of the British Museum.

National Museums Scotland’s mirror was discovered at Balmaclellan in Kirkcudbrightshire, south-west Scotland. It was part of a hoard of metalwork wrapped in cloth parcels which was placed in a bog, perhaps as an offering to the gods. Unlike the English mirror, both faces were smooth for reflecting. Decoration is confined to the handle, the shape of which is modelled on Roman vessel handles. 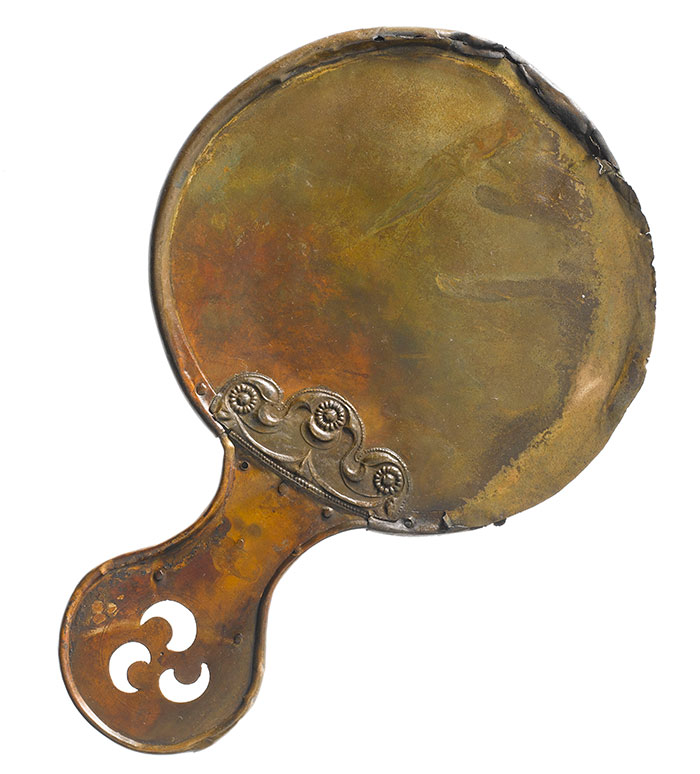 The tour visited three museum venues in Scotland; Old Gala House in Galashiels, Inverness Museum & Art Gallery and The McManus: Dundee's Art Gallery and Museum. Our Principal Curator of Roman and Iron Age Collections, Dr Fraser Hunter spoke at a series of events at each of these museums including a local history society evening, a day conference and a booked out evening talk.

Old Gala House in Galashiels ran lots of school workshops around the Reflections on Celts tour. Over 450 school children visited the museum during the tour to learn about Celtic art and archaeological material. 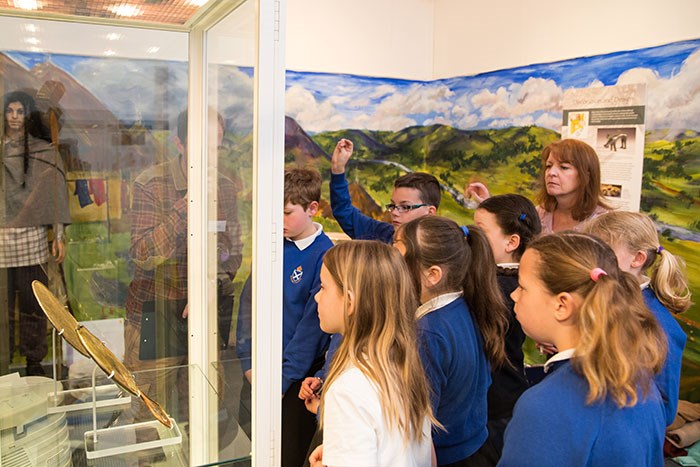 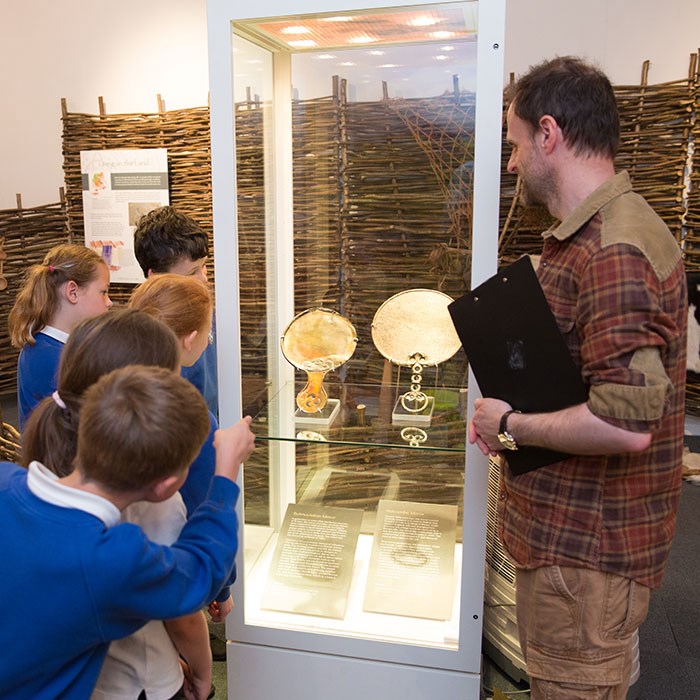 Inverness Museum & Art Gallery ran an extensive community engagement programme around Reflections on Celts. Community curators from Birchwood Highland Recovery Centre together with poet John Glenday and artist Eleanor White, created an exhibition of new artworks, creative writing and photography called Transitions: Celts Reflections. The community curators had the opportunity to research collections from all three organisations and their creative responses of original writing and artworks were displayed at the museum. The display represented themes such as power, transformation, conflict and community. The opening night of the exhibitions saw Drama and Performance students from the University of the Highlands and Islands perform their own responses to the theme of the mirrors, composed in workshops with one of the museum’s curators. 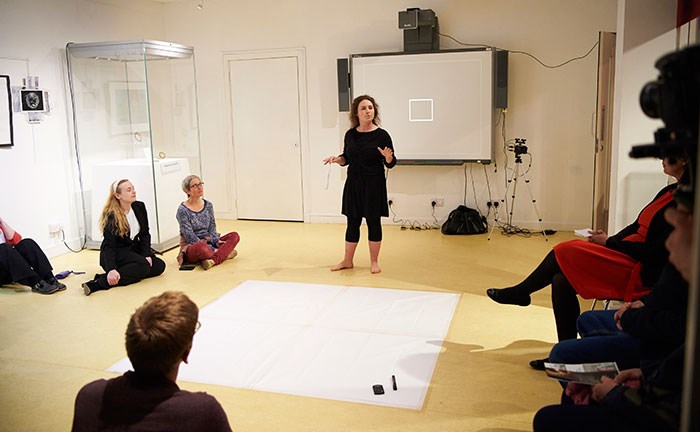 Above: University of the Highlands and Islands performance © Ewen Weatherspoon. 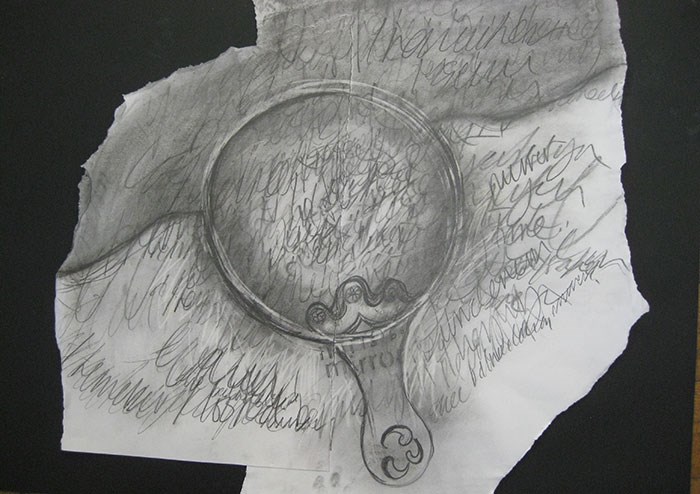 Above: Creative response to the mirrors © Inverness Museum & Art Gallery 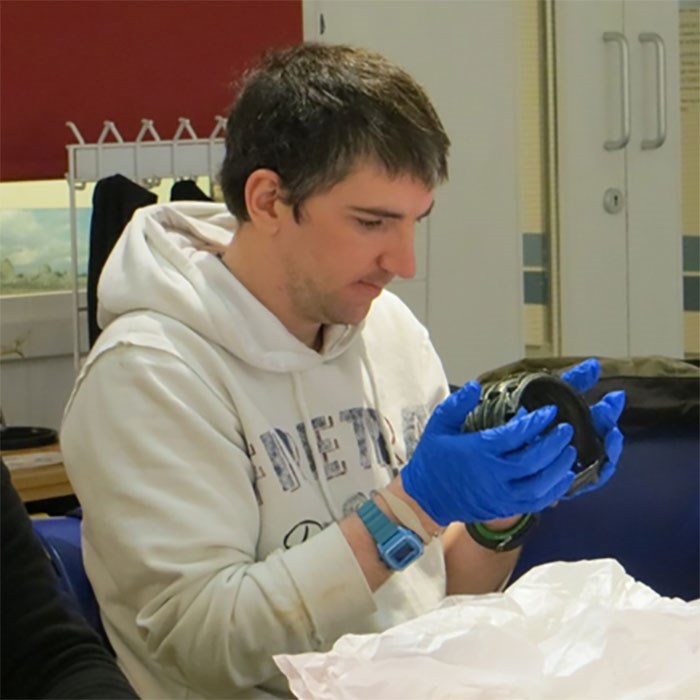 The McManus displayed a fantastic exhibition of key objects from Leisure & Culture Dundee's collection alongside the mirrors. The exhibition explored the history of the Celts in Dundee and the surrounding area. Highlights included John Duncan’s The Riders of the Sidhe, a replica of the Hunterston Brooch and a stunning 3D-visualisation of the Dundee Law created by the University of Dundee 3DVisLab. 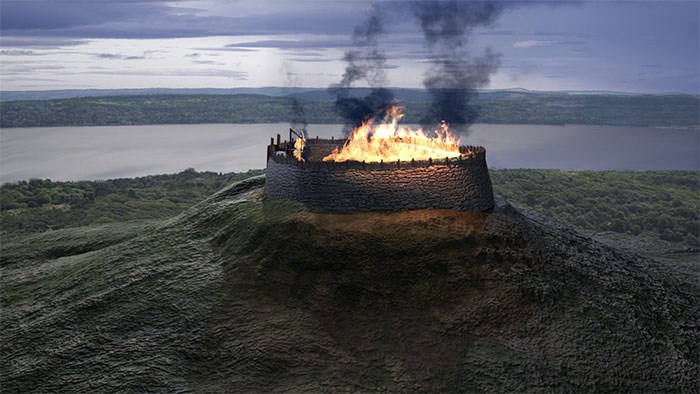 Above: 3D Visualisation of the Dundee Law © Dr Alice Watterson and Kieran Baxter. 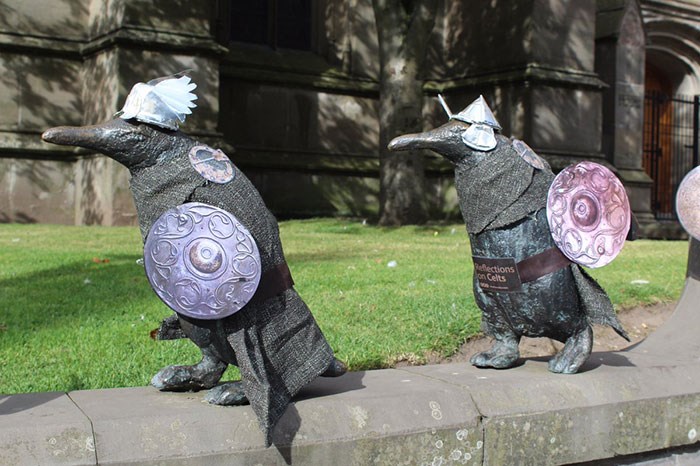 Above: Dundee Penguins dressed up to celebrate the tour coming to Dundee. 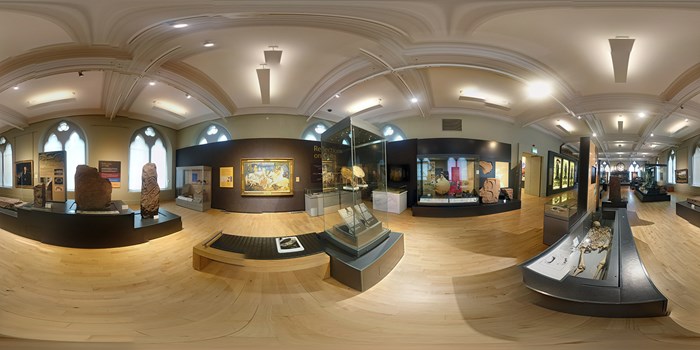 Above: 360 view of the exhibition

The Reflections on Celts tour is generously supported by the Dorset Foundation.

Celts exhibition at the National Museum of Scotland
Celts: art and identity at the British Museum
Contact us