In May 2017, author Diana Gabaldon visited the National Museum of Scotland to go behind the scenes with our curators and conservators as they prepared the Jacobites exhibition.

You can hear Diana in conversation with thriller writer Lin Anderson in this podcast, talking about her work, the origins of Outlander, and how she brings historical characters to life. Please note the recording includes adult themes and one use of strong language. You can download a transcript of the conversation here.

'Incredible… anyone who's a fan of the show must come and see this!'

That's what Outlander actor Andrew Gower had to say about our Bonnie Prince Charlie and the Jacobites exhibition when he visited. Andrew plays the Prince in the TV adaptation of Diana Gabaldon's best-selling books. Find out what he thought of the exhibition and how he felt coming face to face with objects connected to a historical character he knows so well. 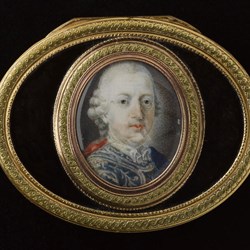 Explore our programme of events exploring the themes of the exhibition Bonnie Prince Charlie and the Jacobites.
Events 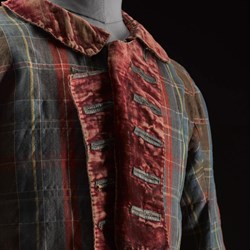 Go behind the scenes of our major exhibition, Bonnie Prince Charlie and the Jacobites.
Read

Discover the story of the Jacobites and Prince Charles Edward Stuart, better known as Bonnie Prince Charlie, through key objects from the national collection.
More
Back to top