You are here Home > National Museum of Scotland > Things to see and do > Past exhibitions > Down to Earth
This exhibition is now closed.

Celebrating the centenary of the Strathmore Meteorite, Down to Earth was a small display that reunites the four fragments for the first time, along with pieces of the three other meteorites found on Scottish soil.

Around 13:15 on 3 December 1917 scores of people, from Northumberland to Aberdeenshire, saw an unusually bright, fiery mass streaking through the sky. A loud explosion was heard and four fragments fell to earth between Coupar Angus and Blairgowrie in Strathmore. Three landed in fields and one crashed through the roof of a cottage. These four pieces were all recovered and collectively became known as the Strathmore Meteorite. 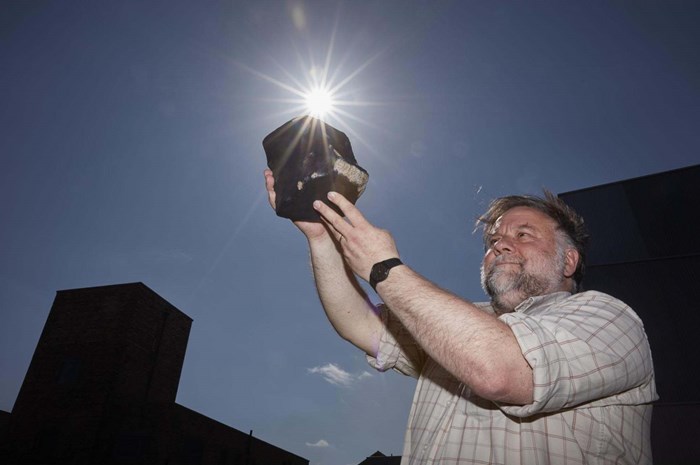 Peter Davidson, Senior Curator of Mineralogy, examines a fragment of the Strathmore Meteorite

With support from Perth Museum and Art Gallery and the Natural History Museum, London. 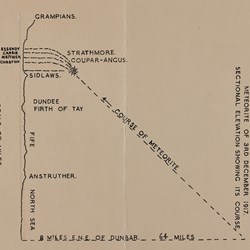 On 3 December 1917, a little after 13:00, a large fireball was seen to cross southern Scotland. A short time later, an explosion was heard and four objects were seen or heard to crash to the ground around the towns of Coupar Angus and Blairgowrie in the Strathmore area of central Scotland.
More 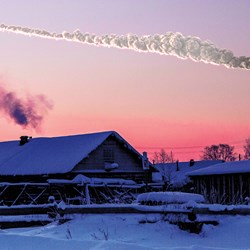 On 15 February 2013, a large meteor stretching almost about 19 metres in diameter and weighing 12,000 tonnes was speeding towards earth at 65,000 kilometres per hour.
More

Discover how an extra-terrestrial exhibit was made ready for display in the National Museum of Scotland.
More 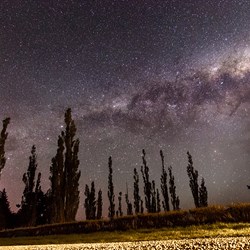 People throughout history have looked up to the sky for answers: to measure time, mark seasons, and navigate vast oceans. The sky at night inspires with beautiful images, and promises answers to big questions.
More
Exhibition information