A new book, Crucible of Nations: Scotland from Viking Age to Medieval Kingdom, reveals that Scotland was a melting pot of diverse ideas from as early as the medieval era.

The book presents a new understanding of the archaeology of Scotland from the 9th to 12th centuries AD, covering the Viking Age to the formation of the kingdom of Scotland.

The extensive study of hundreds of artefacts offers a fresh perspective on the period, tracing the way in which the kingdom of Scotland was forged from the interaction between several cultural groupings – including people speaking languages such as Pictish, Gaelic, British, Old English and Old Norse. Many objects indicate the sharing of ideas, language, techniques and materials across a diverse population which the evidence suggests interacted and moved around more than was previously thought.

Crucible of Nations looks at the impact of the Vikings, the disappearance of The Picts and the emergence of Alba, the Gaelic-speaking kingdom that formed the core of the medieval kingdom of Scotland.

The book, written by National Museums Scotland’s Dr Adrián Maldonado, is the latest instalment from the Glenmorangie Research Project, a 13-year partnership which has seen the medieval archaeology of Scotland from the early medieval period to the end of the Viking Age examined in a way that has never been done before.

The richly illustrated book contains over 200 new images of objects from the National Collection, from iconic items such as the Hunterston Brooch and the Skaill Hoard to new discoveries such as an Anglo-Saxon runic inscription from the Pictish kingdom and a carnelian bead from as far afield as India found in the Scottish Borders.

“Crucible of Nations explores what material evidence tells us about this important, yet poorly understood period in Scottish history. What’s new here is that we take in multiple perspectives on the events of this the Viking Age – Picts, Gaels, Britons, Scandinavians, and Anglo-Saxons, all living in this one corner of Britain. There is more to the Viking Age than just Vikings.”

“When we examine these collections together, the archaeology gives us a much bigger picture of a Scotland forged by its diversity, with new identities born out of shared experience. One of the most surprising insights is how much of what we think of as ‘Viking’ material in Scotland includes things made in Britain and Ireland.”

“Crucible of Nations is a case study in the importance of a collection like that of National Museums Scotland. The nature of our collections and expertise enables us not just to study and preserve recent discoveries like the Galloway Hoard, but also to go back and apply new thinking and technology to existing material, and to make new discoveries. It also shows the value of dedicated research, and great credit is due to The Glenmorangie Company for having supported this innovative partnership research model for the last 13 years.”

Since its launch in 2008, the Glenmorangie Research Project has enabled National Museums Scotland to enhance public understanding of the archaeology and history of medieval Scotland through two major publications and a host of other activity ranging from artistic commissions to exhibitions including Scotland’s Early Silver.

Thomas Moradpour, President and CEO of The Glenmorangie Company said:

“We are delighted to have supported the production of this wonderful publication, whose rich illustration and new insights show the value of a project which began more than a decade ago, and which delves into this pivotal period when Scotland became a nation.”

Crucible of Nations: Viking Age to Medieval Scotland is out now and available to order online from Books – National Museums Scotland Shop (nms.ac.uk), in the shop at the National Museum of Scotland and in all good bookshops

The book was the subject of a recent online event, The Glenmorangie Annual Lecture, hosted by Sally Magnusson with contributions from Adrián Maldonado and historian Michael Wood. A recording of the event is online: Rediscovering Viking-age Scotland with Michael Wood (nms.ac.uk). 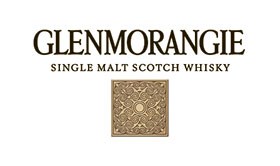 Glenmorangie’s whisky makers use endless imagination and five key ingredients – wood, water, barley, yeast and time – to dream up delicious single malt whiskies. They’ve been honing their craft for more than 175 years. They create a delicate and fruity spirit in stills as tall as an adult giraffe to allow for more taste and aroma. Led by Director of Whisky Creation Dr Bill Lumsden, this crackerjack crew are on a mission to bring new flavours and possibilities to the world of single malt.

Glenmorangie celebrates the joy of delicious single malt in every part of its universe, from Glenmorangie House to its colourful new brand campaign, shot by famed photographer Miles Aldridge. With its tagline “It’s kind of delicious and wonderful”, Glenmorangie invites whisky lovers old and new to see themselves in Glenmorangie’s world.

Glenmorangie has always taken inspiration from its ancient provenance: the whisky’s Signet logo is informed by the 8th-century Hilton of Cadboll cross-slab, an ornate sculpture carved by the Picts. This originally stood near Glenmorangie House, Glenmorangie’s Highland home, and is now on display in the National Museum of Scotland, Edinburgh. Glenmorangie began its pioneering partnership with National Museums Scotland in 2008, with the aim of gaining insight into the Early Medieval period in which the Cadboll Stone was created. Since its launch in 2008, the award winning Glenmorangie Research Project has enabled National Museums Scotland to enhance public understanding of the archaeology and history of medieval Scotland through two major publications and a host of other activity ranging from artistic commissions to exhibitions including Scotland’s Early Silver. Most recently in March 2020 the Glenmorangie Commission was unveiled - a major piece of metalwork by the internationally renowned metalsmith, Simone ten Hompel. Commissioned by National Museums Scotland and The Glenmorangie Company, Coordinate explores Scotland’s journey through time, its changing landscape and the continual rediscovery of its past and is on display in the Making and Creating Gallery of the museum.

The Glenmorangie Company advocate responsible drinking and suggest that drinkers savour Glenmorangie whiskies in moderation and in line with recommended daily guidelines for alcohol consumption.

Galloway Hoard yields another exciting discovery, the name of a Bishop Hyguald inscribed on rare rock crystal jar
A rare rock crystal jar found wrapped in textiles as part of the Galloway Hoard has been conserved, revealing a Latin inscription written in gold. The inscription says the jar was made for a bishop named Hyguald.
Find out more
National Museums Scotland gifted rare collection of 17th century Scottish silver
National Museums Scotland have acquired a trio of exceptionally rare silver objects created in Scotland in the 1600s. The quaich, trumpet bell and mazer are important examples of 17th century Scottish craftsmanship and have been donated to the National Collections by Ron and Rosemary Haggarty.
Find out more
National Museums Scotland Acquires Armorial Panels Associated With Marie de Guise, Mother of Mary Queen of Scots
A series of oak armorial panels from a house inhabited by Mary Queen of Scots’s mother Marie de Guise, Regent of Scotland and wife of James V, have been acquired and conserved by National Museums Scotland. The announcement coincides with the birth date of Mary, Queen of Scots (8 December 1542).
Find out more
Anatomy: A Matter of Death and Life
A major new exhibition at the National Museum of Scotland will look at the history of anatomical study, from artistic explorations by Leonardo da Vinci to the Burke and Hare murders.
Find out more
£250,000 project for community groups to research collections in galleries, libraries, archives and museums across the UK
National Museums Scotland has been awarded a grant by the Arts and Humanities Research Council (AHRC) with the National Maritime Museum, London to enable organisations around the UK to work with community groups to explore experiences of empire, migration, and life in Britain through their collections.
Find out more
Back to top