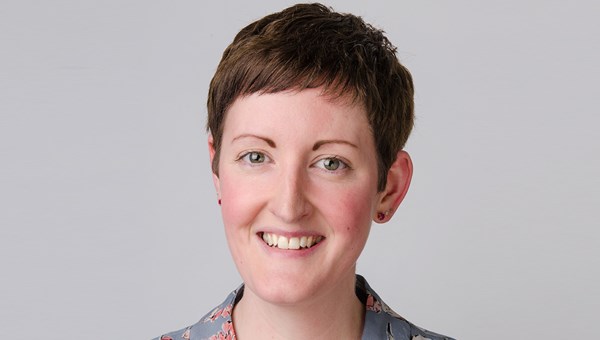 Dr Ali Clark is senior curator, responsible for collections from Oceania and the Americas.

Ali received her MA (2007) from the Sainsbury Research Unit at the University of East Anglia and her PhD (2013) from the Menzies Centre for Australian Studies, King’s College London. She has previously worked at the October Gallery, The British Museum and the Museum of Archaeology and Anthropology, University of Cambridge. She is the editor for the Journal of Museum Ethnography.

Following her PhD studies and prior to her appointment at National Museums Scotland she was a post-doctoral research associate on the ERC funded project, ‘Pacific Presences: Oceanic Art and European Museums’ (2013-2018) based at the Museum of Archaeology and Anthropology (MAA), University of Cambridge. Her research focused on the contemporary salience of museum collections to I-Kiribati, Kiribati armour, and the world cultures collections of Victorian collector Lady Annie Brassey. This was followed by a 12 month Newton Trust Fellowship also based at the MAA during which time she completed her monograph on the history of HMS Royalist and its collecting practices in the Pacific 1890-1893, considering the contemporary resonance of this period of history for Pacific Islanders in Vanuatu, Solomon Islands and Kiribati. At MAA she curated exhibitions on contemporary Australian art, and Kiribati armour.

She is also primary supervisor for the Collaborative Doctoral Partnership with the Sainsbury Research Unit 'Imagining the Pacific in Scotland in the late 18th and early 19th centuries: Collectors, Collections, Museums and Universities'.

Her current research is focused on Micronesia and Australia where she has a particular focus on art and climate change, and biocultural collections.

Clark, A., C. Charteris, R. Howie, L. Leckie and K. Watson. (2018) ‘Many Hands, Many Voices: An Interdisciplinary Approach to Exhibiting Kiribati Armour’. Journal of the Institute of Conservation.

Clark, A. and N. Thomas. (2017) Style and Meaning: Essays on the Anthropology of Art. Leiden: Sidestone Press.