Our marine mammal collection, with over 3,500 specimens, is one of the most important in the world. There are examples of large baleen and toothed whales, including many specimens collected by Robert Knox and Sir William Turner in the 19th and early 20th centuries.

However, much of the collection has been built up in the last 30 years as a result of the UK strandings schemes, together with seals and small cetaceans collected by the Sea Mammal Research Unit.

Most of the specimens are from the North-Eastern Atlantic, but the collection includes Antarctic seals, mainly from the Scottish National Antarctic Expedition, and manatees from Florida Fish and Game.

Earlier material is described in a published catalogue of our cetacean holdings: 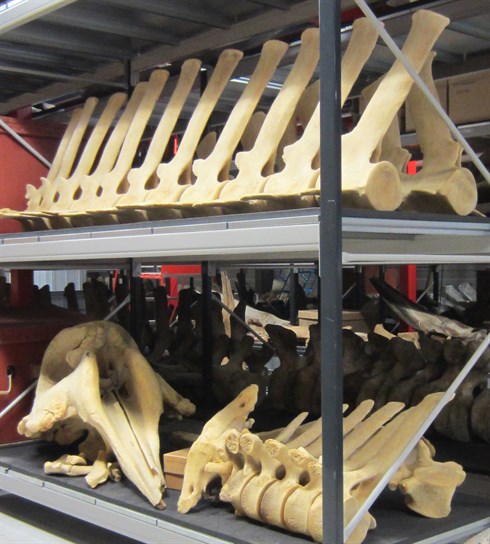 Above: Skeleton of an adult female Northern bottlenose whale, Hyperoodon ampullatus, from an animal stranded in Skara Brae in 2001.

We have about 35,000 skeletons, skulls, mounts, skins and spirit specimens of British mammals.

In recent years we have acquired extensive series of specimens from researchers, including representatives from British populations of insectivores, bats, rodents, carnivores, deer, rabbits and hares.

Many of these are the focus of current and planned research on genetic and phenotypic variation as well as ecological studies using stable isotope analysis. 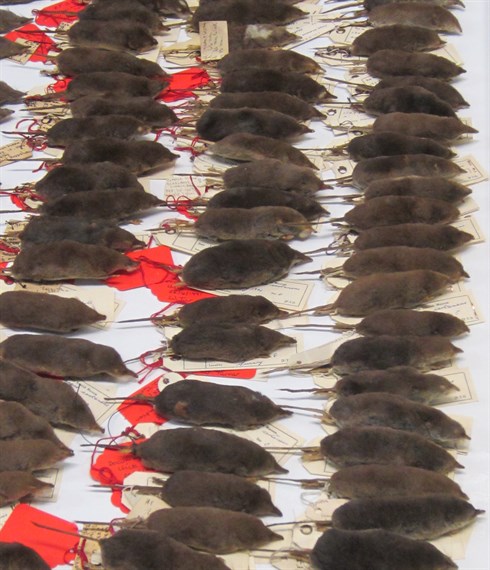 We have about 10,000 skins, mounts, skulls, skeletons and spirit specimens of foreign mammals.

In recent years this collection has been augmented by additions of captive endangered species, which were originally collected for use in exhibitions.

However, these specimens are now the focus of research on skeletal pathologies, nutrition and phenotypic plasticity in comparison with specimens from the wild. 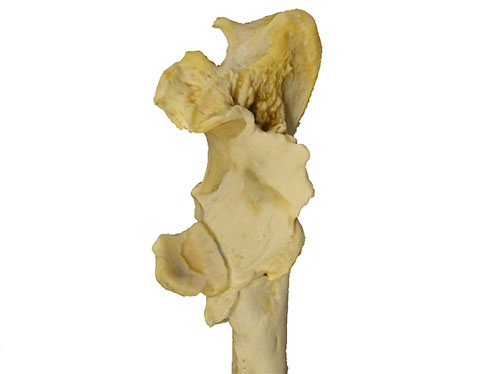 Above: Image of the arthritic elbow of an Asian lion. Investigating skeletal problems like these is an important area of research.

Our Quaternary fossil mammals number more than 2,200 specimens and originate from all around the world, including the first vertebrate fossils from Australia.

We also have a variety of large mammal remains from Alaska, South America, India and Africa.

Key sites include Kent’s Cavern and many of the notable Quaternary mammal finds in Scotland, including the Creag nan Uamh caves (Inchnadamph) in Sutherland.

The Brandon Collection alone comprises more than 1,200 specimens from England. 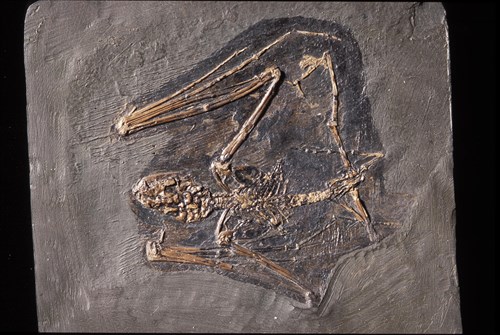 Above: Fossil skeleton of a bat, Palaeochiropteryx tupaiodon, from the Messel shale pit in Germany.