A Lions Kingdom in Decline

A recent paper reveals a double blow to lion populations over the last 20,000 years.

The lion (Panthera leo) has endured millions of years of environmental change through the Pleistocene, yet a combination of unfavourable natural climatic change has coincided with rising human-lion conflict over the last few thousand years. Researchers from National Museums Scotland, The University of Edinburgh, and the Euro-Mediterranean Center on Climate Change have used palaeoclimate reconstruction to infer changes to the distribution of the lion across Africa and Asia from the most recent glacial maximum, around 20,000 years ago, to the present-day. The museums' data and expertise were key to creating and calibrating models of the past, based on modern lion distributions. 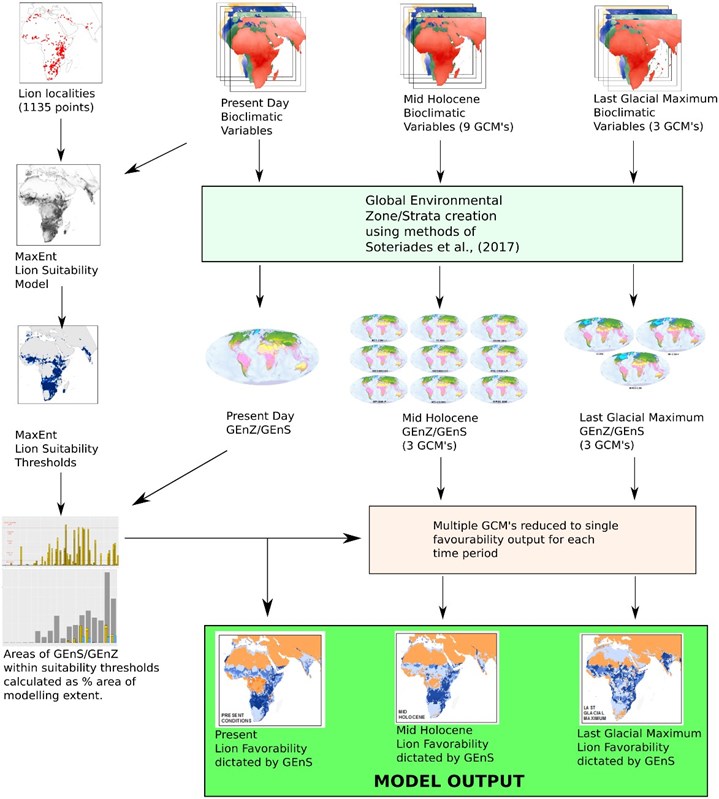 A novel method for determining lion distributions in the past.

The Pleistocene is known for its alternating glacial and interglacial conditions, caused by changes to the earth’s tilt and orbit in relation to the sun. These planetary forces caused changes to rainfall in the tropics and subtropics that has affected lion distributions through Africa, the Near East, and Indian Subcontinent. Through both novel climatic modelling, and palaeoclimatic proxy evidence, this paper found that savanna conditions preferable to the lion have declined across Africa and the Near East. Increasingly hot and wet conditions in the Congo Basin facilitated rainforest expansion since the Last Glacial Maximum, reducing savanna across Central Africa. Where there were once well-connected lakes and rivers, and savanna grasslands across North Africa and the Near East around 6,000 years ago, there are now the hyper arid deserts of the Sahara and Arabian Peninsula. Importantly, these natural changes to the earth’s climate have coincided with increases in human pastoralism over the last 8,000 years, and increasing conflicts between humans, livestock and lions. A continuing reduction in lion populations during the 20th and 21st centuries is occurring in the context of much longer-term climatic change and human-lion conflict. 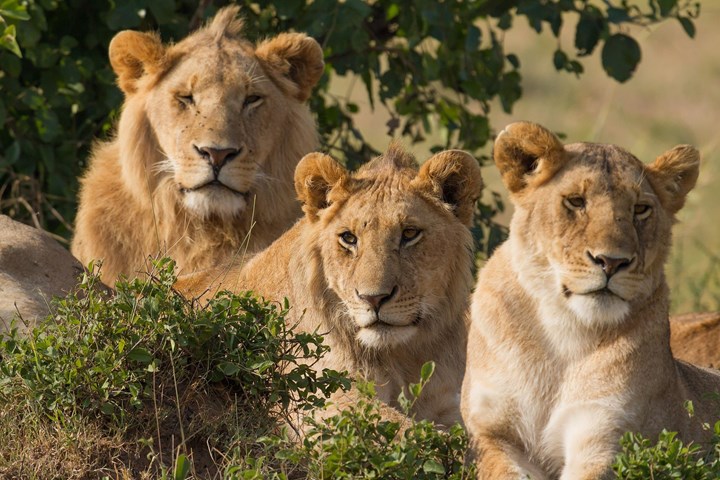 This research has also shed light on the evolutionary history in the lion. The results show no evidence for significant climatic barriers to the lion across Sub-Saharan Africa through the changing conditions of the Pleistocene, so known genetic differentiation between lion populations is most likely a result of discrete geographical barriers, such as rivers, lakes and mountain ranges which have limited lion movement.