Standing up to 1 metre tall and weighing up to 45 kg, the emperor penguin, Aptenodytes forsteri, is the world’s largest living penguin. It lives in a fragile and hostile environment, breeding on stable sea ice attached to land around Antarctica. Thousands of emperor penguins huddle together trying to keep warm during winter storms at temperatures that are often lower than -40°C. While males incubate a single egg on their feet, females feed up on fishes, krill and squids, before returning to relieve their partners. 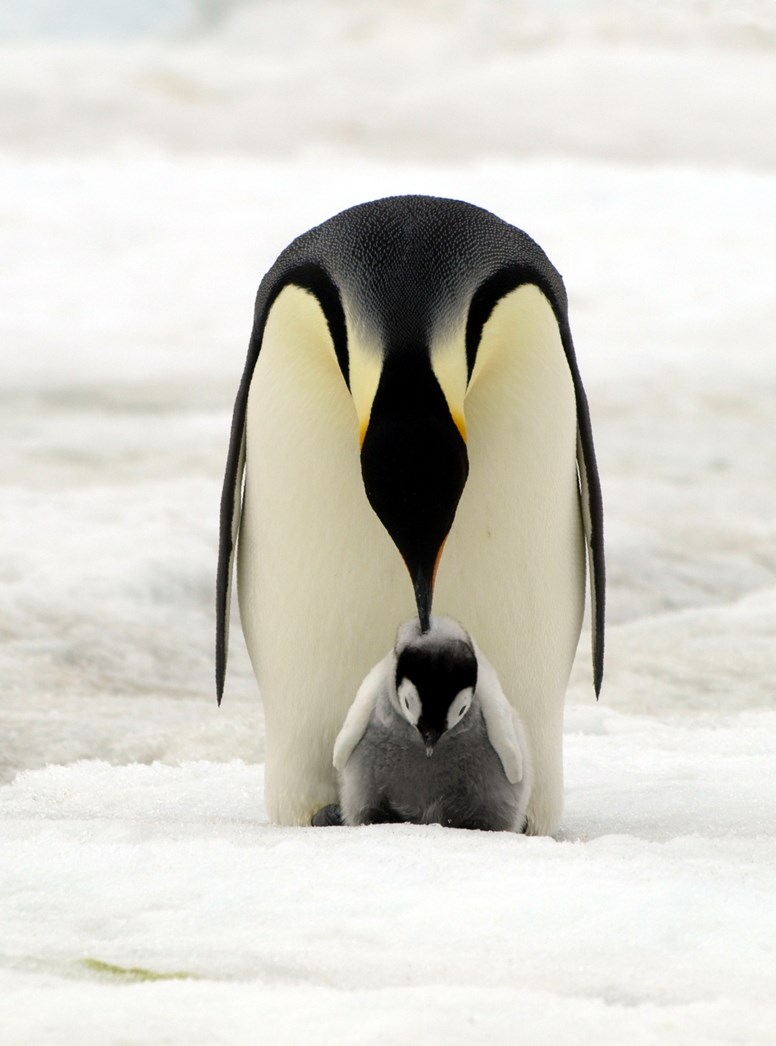 Emperor penguins’ dependence on stable sea ice means that they are threatened by accelerated global climate change. Emperor penguins return to the same locations to breed each year and need around nine months for their full reproductive cycle. If the sea ice does not form or if it melts too soon, the colony will soon fail and disappear. It is estimated that 80% of colonies will shrink by 90% and that the global population will fall by 86% by the end of this century as the climate warms. 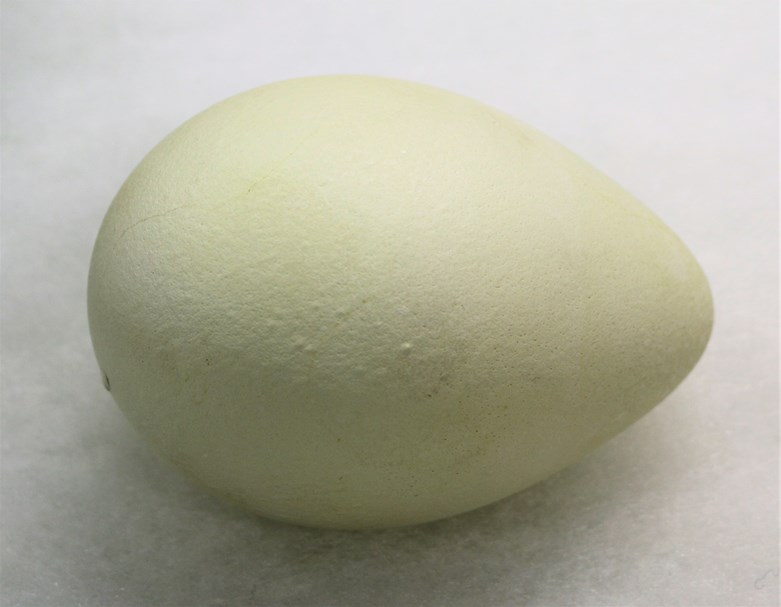 Recently, John Davies donated an emperor penguin egg to National Museums Scotland. John worked as a geophysicist for the British Antarctic Survey in the late 1960s and early 1970s, and this egg was collected by one of his colleagues in 1970 from the Halley Bay colony at Windy Creek on the edge of the Brunt Ice Shelf. At the time this colony was the second largest in the world, numbering 14,300-23,000 individuals (6.5-8.5% of the global population), but today the colony no longer survives. Its rapid decline began in 2015 until only a few hundred were left in 2018 and the colony disappeared altogether in 2019. Many of the former colony moved 55 km south to join the Dawson-Lambton colony, which has increased by 90%.

This egg is important evidence that the huge Halley Bay emperor penguin colony once existed and that its disappearance can be attributed directly to the melting of the ice shelf due to warming of the global climate.

Diverse deep-water brachiopods
This latest paper highlights the amazing geographic dispersal of linguliform taxa.
Find out more
Skye high: Jurassic pterosaur discovery
The world’s largest Jurassic pterosaur, unearthed on a Scottish island, has been added to the National Museums Scotland's collection.
Find out more
Understanding ecosystems, protecting nature
National Museums Scotland's involvement in an initiative aiming to read complete genomes of all species living in Britain and Ireland.
Find out more
An unexpected assemblage of brachiopods
New paper contributes to the knowledge of marine invertebrate faunas in the early Ordovician.
Find out more
A Lions Kingdom in Decline
A recent paper reveals a double blow to lion populations over the last 20,000 years.
Find out more
Back to top