An unexpected assemblage of brachiopods

New paper contributes to the knowledge of marine invertebrate faunas in the early Ordovician.

Lower Ordovician (in particular Tremadocian – 487 to 477 million years ago) macrofaunas from Belgium are rarely collected and described due to the poor preservation and the rarity of the material. During these geological times, what is now Belgium was part of a terrane called Avalonia that also comprised north-western Germany, Holland, most of England, Wales, southern Ireland, part of Newfoundland and part of the eastern coast of the USA and Canada, from Cape Cod to New Brunswick and Nova Scotia. This terrane was in the Tremadocian, marginal to a mega-continent called Gondwana, centred around the palaeo South Pole. 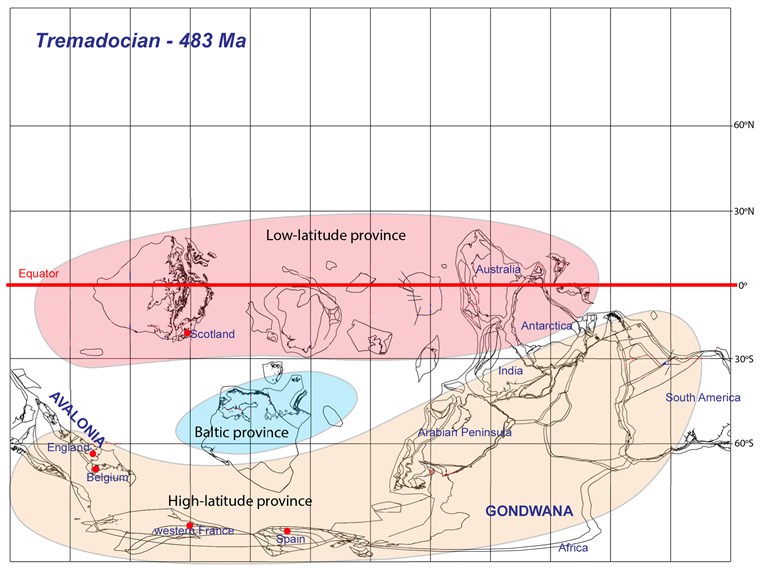 Palaeogeographic map for the Tremadocian (at 483 Ma), indicating the position of key localities; adapted from Harper et al (2013).

The brachiopod assemblage described in this paper was collected by one of the co-authors, amateur palaeontologist Mark Wolvers, a few years ago, and is neither abundant nor diverse (only three taxa are described, represented by less than 150 specimens). Only three genera were identified, Broeggeria cf. salteri, Thysanotos sp., and Rosobolus? sp. (in decreasing abundance; see figure). These brachiopod taxa are widely distributed later in the Ordovician, but in the Tremadocian (early part of the Ordovician) are restricted to Avalonia, with Thysanotos, in particular, found in only Belgium. 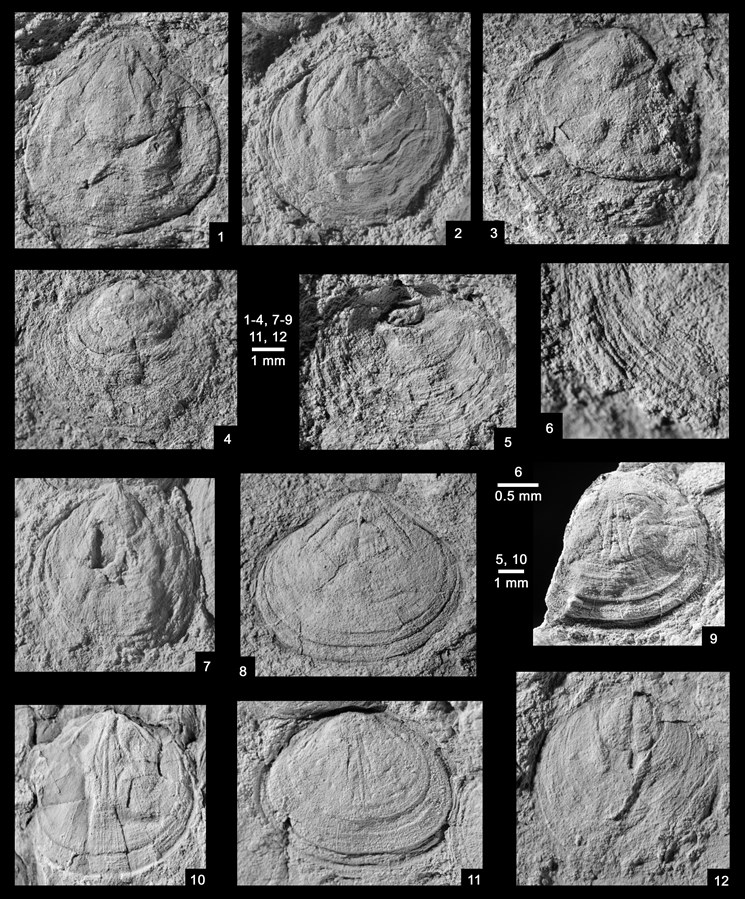 This type of low diversity assemblage is typical of what is found in the lowermost Ordovician. The team of researchers, led by National Museums Scotland and including colleagues from the Université de Lille (France), Central South University in Changsha (PR China), the Geological Survey of Belgium and the Royal Belgian Institute of Natural Sciences concluded that these assemblages, rooted in the Cambrian, had their geographic distribution during the early Ordovician controlled by the radiation and dispersion of lineages surviving through the latest Cambrian to earliest Tremadocian linguliformean brachiopod crisis.

Also included in this paper, new graptolite data enabled a more precise constraint on the age of the rocks where these brachiopods were collected.

Diverse deep-water brachiopods
This latest paper highlights the amazing geographic dispersal of linguliform taxa.
Find out more
Skye high: Jurassic pterosaur discovery
The world’s largest Jurassic pterosaur, unearthed on a Scottish island, has been added to the National Museums Scotland's collection.
Find out more
An emperor's eggstraordinary egg
A new acquisition highlighting the way our collections continue to document the impact of rapid environmental change.
Find out more
Understanding ecosystems, protecting nature
National Museums Scotland's involvement in an initiative aiming to read complete genomes of all species living in Britain and Ireland.
Find out more
A Lions Kingdom in Decline
A recent paper reveals a double blow to lion populations over the last 20,000 years.
Find out more
Back to top