To commemorate the bicentenary of the publication of the second edition of Werner’s Nomenclature of Colour…*, the publisher Thames and Hudson have commissioned a lavishly illustrated guide to the book along with an explanation of its historical context. Edited by independent historian of architectural paint and colour, Patrick Baty, Nature’s Palette contains chapters from Peter Davidson, Elaine Charwat, Giulia Simonini and André Karliczek, who have all published on this topic previously. 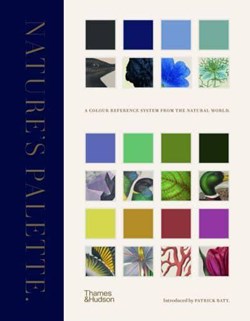 The purpose of Nature’s Palette is not just to commemorate the bicentenary of its publication but to place Werner’s Nomenclature within the context of the development of colour nomenclatures in the 18th and early 19th Century Europe.

Werner’s Nomenclature was written by Patrick Syme (1774 – 1845), a well-known Edinburgh natural science artist and teacher. By 1800, he had published a number of books, but it is for Werner’s Nomenclature that he perhaps became best known. The Werner of the title refers to Abraham Gottlob Werner (1749 – 1813). An important figure in the history of geology and mineralogy, he taught at the famous Freiberg School of Mines in Saxony. In 1774, he published On the external characteristics of fossils (minerals) in which his nomenclature appeared and which Syme adapted. Among the young students who came to Freiberg was Robert Jameson who was appointed Professor of Natural History at Edinburgh in 1804, a position he held until his death in 1854.

Jameson founded the Wernerian Natural History Society in 1808 and Syme, by now a noted artist, was appointed official painter in 1811. Jameson certainly played a prominent role in the development of Syme’s ideas for the book making specimens available for Syme from the museum’s collection. It is therefore possible that some of the specimens examined by Syme are still in the collections today.

Syme expanded Werner’s original 1774 list of 54 colours to 110 adding new principal colours and tints. But Syme’s major innovation was to illustrate his nomenclature with colour samples illustrated by examples of minerals, flowers, birds and insects found in nature. After publication, the book achieved widespread recognition in the fields of natural history and medicine. The book was most famously carried by Darwin on his voyage on the HMS Beagle and it remained a standard reference work until the end of the 19th Century. 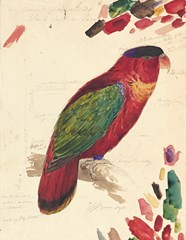 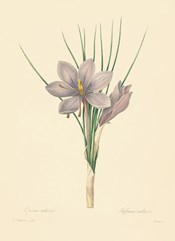 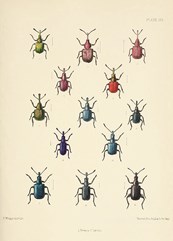 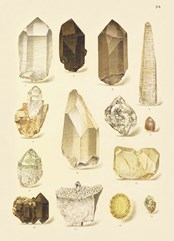 *The full title of the book is “Werner’s Nomenclature of Colours with additions arranged so as to render it highly useful to the Arts and Sciences, particularly Zoology, Botany, Chemistry, Mineralogy and Morbid Anatomy. Annexed to which are Examples selected from well-known objects in the Animal, vegetable and Mineral Kingdoms.” It is often abbreviated to Werner’s Nomenclature.