An international group of entomologists from the Czech Republic, Norway, Estonia and Scotland has published a new paper shedding light on the evolution and classification of an fascinating group of flies, predatory fungus gnats (Diptera: Keroplatidae). They are related to true fungus gnats (Mycetophilidae), the larvae of which can often be found in forests grazing through mushrooms. However, keroplatids have more diverse biology. 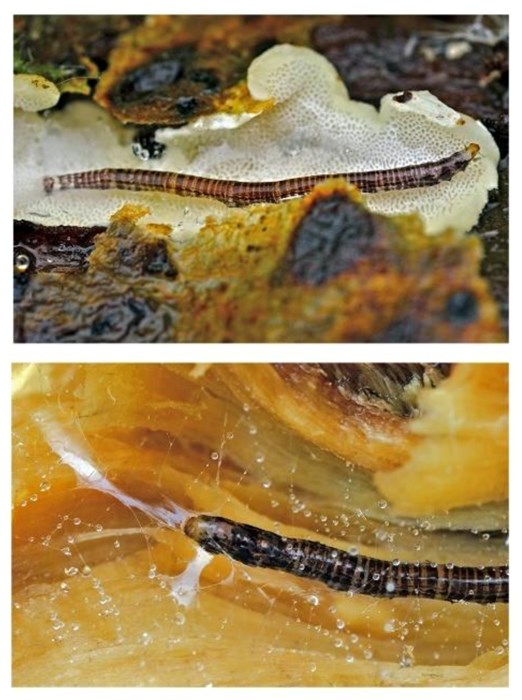 Larvae of these flies build nets and cover them with sticky excretions containing salicylic acid to catch small insects and other invertebrates. Other species live inside ant nests and attack ant larvae. The most adventurous keroplatid larvae, such as the larvae of Xenoplatyura from Southeast Asia, steal their food from pitcher plants (Nepenthes sp.) building nets above liquid level and catching insects before the plants can digest them. Keroplatidae are also the only known insects, besides fireflies (which are beetles, not flies) that have bioluminescence. The magnificent Waitomo caves in New Zealand contain millions of glowworms (the larvae of Arachnocampa luminosa).

Scientists sequenced four mitochondrial and four nuclear genes from 105 species of flies to establish the phylogeny of keroplatids. It turned out that a traditional division of predacious fungus gnats based often on the modification of antenna is inadequate. 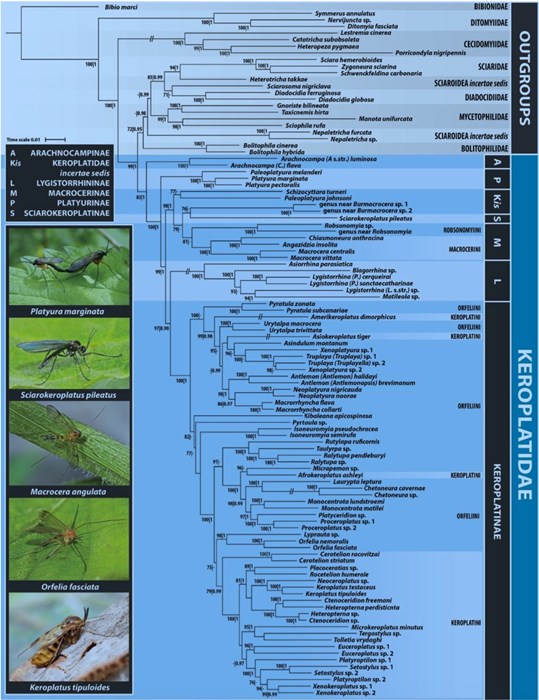 A newly separated subfamily (Platyurinae), although morphologically very similar to more advanced representatives of the family constitutes the most ancient branch of Keroplatidae. The most unexpected result was the inclusion of Lygistorrhinidae (long-beaked fungus gnats) as a subdivision of Keroplatidae. Lygistorrhinids have very long proboscis and very few wing veins, so they do not look anything like keroplatids. Nevertheless, in the Cretaceous amber of Myanmar we can find some intermediate groups, which corroborates this placement.