A new fossil from the Isle of Skye, described in a recent issue of Papers in Palaeontology, has provided Scotland's earliest evidence of milk producing mammals. It is the lower left jaw of a mammal about the size of a Guinea pig, that lived around 165 million years ago. The discovery was made by a joint team from National Museums Scotland, the University of Edinburgh, and the University of Oxford, as part of ongoing work on Skye on a Site of Specific Scientific Interest (SSSI), on land owned by The John Muir Trust and under permit from Scottish Natural Heritage. Although the jaw is damaged on one side, microCT scanning has allowed us to examine it in minute detail. It belonged to Wareolestes rex, a species previously only known from a few single teeth from a Jurassic site in England. Amazingly, inside the jaw itself were the remains of the adult teeth, about to erupt through the gums and replace the milk teeth. This is the first evidence in the Scottish fossil record for milk production in the very earliest mammals. It also shows that this ancient mammal ancestor had the same tooth replacement pattern as modern mammals. This adds to our understanding of the evolution of mammals, as well as the great diversity of life on the Isle of Skye during the Middle Jurassic. 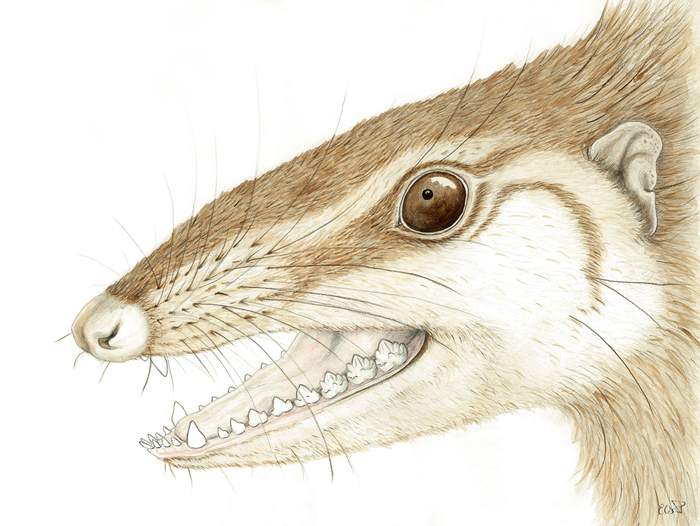