The Field Studies Council (FSC) have launched a comprehensive new atlas: The Histeridae, Sphaeritidae and Silphidae of Britain and Ireland.  Produced for the Biological Records Centre, this new publication covers 75 species across three charismatic beetle families:

These families include species that play important roles in the recycling of dung and carrion, some of which have applications in forensic entomology, as well as species that display fascinating parental care behaviour. Several species are widespread and common in domestic gardens, woodland and farmland. A few species are attracted to light and regularly turn up in moth traps.

This publication is special as both an atlas and a new identification guide, including distribution maps, identification keys and detailed species accounts. Colour photographs feature throughout, including images of live beetles from the field, and specimens from the National Museums Scotland collections. 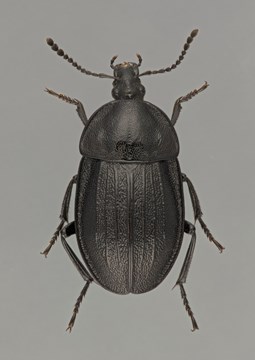 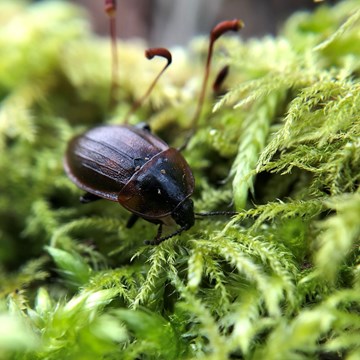 The Common Snail Hunter (Phosphuga atrata), a specimen from our collection (left) and in the field (right) ©Ashleigh Whiffin

The aim of this atlas is to encourage the identification and recording of these fascinating insects. Ashleigh Whiffin (Assistant Curator of Entomology) who co-authored the book, with Steve Lane & Colin Lucas, says “This was a fantastic publication to be part of. Steve and I are involved with running the two recording schemes for these beetle groups and together have collated over 47,000 records since 2016, thanks to a community of dedicated naturalists.

This book is for anyone with an interest in insects or natural history in general, and provides an accessible introduction to the identification of three families of beetles, including tips on how to find them. The opportunity to increase awareness, knowledge and recording of these groups is really exciting.”

The publication is available on the Field Studies Council website. 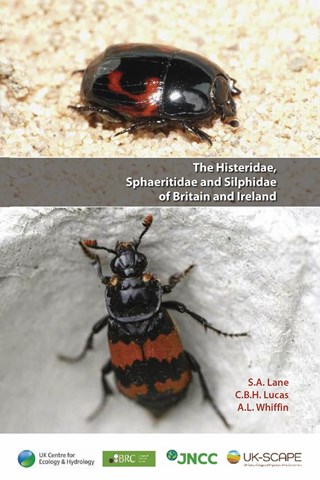