An exciting new discovery from the TW:eed Research project.

The TW:eed Research project continues to deliver exciting new discoveries and the latest is a new lungfish from Burnmouth in the Scottish Borders. A team of scientists led by Tom Challands of the University of Edinburgh have described Limanichthys fraseri as a new genus and species. The fossil is another addition to the world-class collections of fossil fish at National Museums Scotland. Limanichthys means “harbour fish” and is a reference to its discovery in the rock just outside the harbour at Burnmouth, while the species is named after the Keeper of Natural Sciences at National Museums Scotland who was instrumental in the discovery of the fossil.

Today lungfishes are represented by just six different species living in South America, Africa and Australia. Recent fossil discoveries of numerous rather diverse lungfish dentitions from southern Scotland and northern England indicate that at least 10 lungfish species existed during the earliest Carboniferous (360-345 million years ago). However, most of these are known only from the remains of isolated tooth plates. The new find is therefore particularly significant as it represents a partially disarticulated skull. It also represents the earliest definitive Carboniferous lungfish skull, and consequently provides invaluable insights into the response of this group to a major mass extinction that occurred at the end of the Devonian period and at a time when the first vertebrates just started to invade the land. 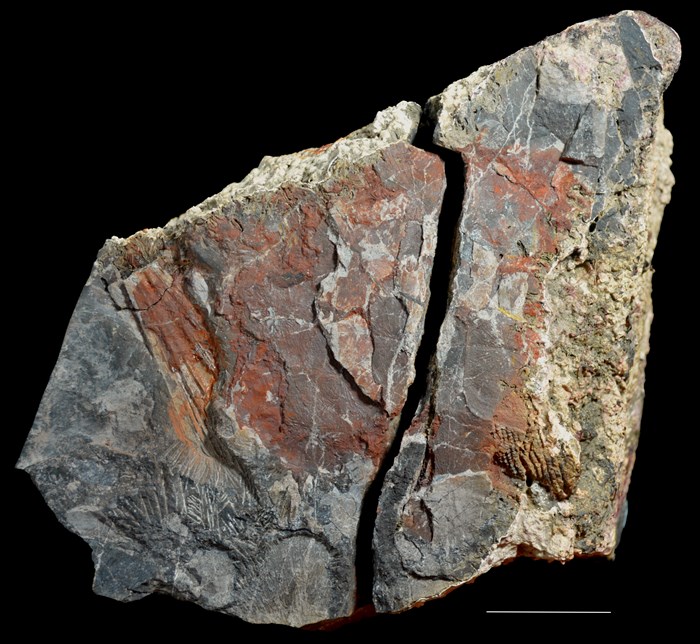 The find is described in the latest issue of the Journal of Systematic Palaeontology.