An outstanding donation of over 40,000 aquatic insect specimens from the Scottish River Endrick.

The Natural Sciences department have recently received an outstanding donation of over 40,000 insect specimens from 122 species from the Scottish River Endrick, a river that flows into Loch Lomond. Dr Jennifer Dodd, lecturer in Ecology and Conservation at Edinburgh Napier University, built this collection in 2010 as part of her PhD where she repeated a river survey undertaken in 1960 by Peter Maitland (Glasgow University). The River Endrick is internationally recognised for its biodiversity richness. However, Dr Dodd found that over the last 50 years, this river has suffered significant biodiversity loss including the local extinction of at least five species. Her work shows that monitoring changes in river insect communities over the long term is important for understanding how river ecosystems work and how they may be affected by factors such as climate change. This is especially important as fresh waters have been highlighted as being under the greatest threat from global climate change and are now recognised as one of the most threatened ecosystems globally.

This collection will be the first to undergo a new spirit rehousing workflow in the Invertebrates section. These specimens hold essential information that forms a baseline for biodiversity from the River Endrick, and future studies done on this river will be able to access this information-rich collection through National Museums Scotland. 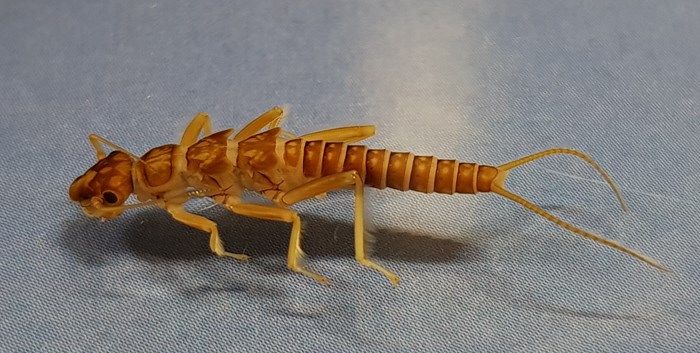