A spectacular fossil, found on the Isle of Skye, is the largest-known pterosaur of the Jurassic period and the best-preserved skeleton of its kind in Scotland. 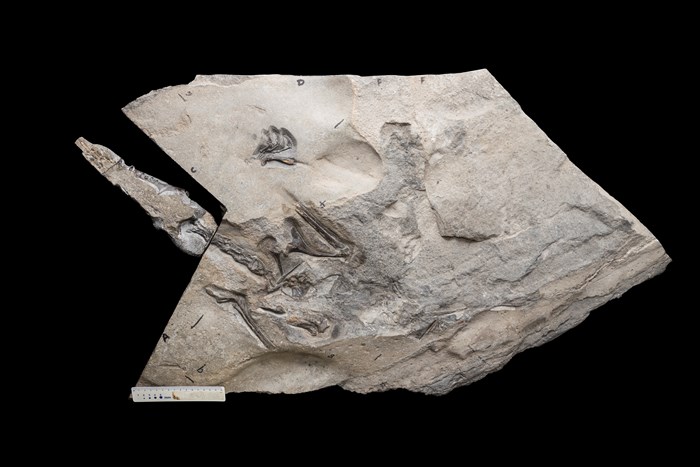 The huge flying reptile lived around 170 million years ago and had an estimated wingspan of  greater than 2.5 meters. The species has been given the Gaelic name Dearc sgiathanach (pronounced jark ski-an-ach), which translates as ‘winged reptile’ and also references the Isle of Skye, whose Gaelic name means ‘the winged isle’. 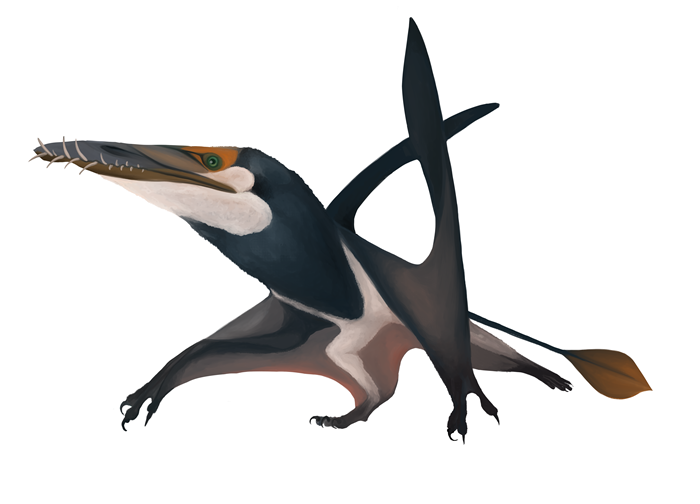 The unique specimen, discovered during a National Geographic-funded excavation in 2017, will now be added to National Museums Scotland’s collection. The find is described in a new paper published in Current Biology authored by scientists from the University of Edinburgh, National Museums Scotland, the Hunterian Museum in Glasgow, the University of St Andrews and Staffin Museum on the Isle of Skye.

Dr Nick Fraser, Keeper of Natural Sciences at National Museums Scotland, said: “Even in the context of the amazing palaeontological finds on Skye in recent years, this one really is remarkable. To find and describe a specimen which is both so well-preserved and so significant is really special and we’re delighted to add Dearc into our collection, a unique addition to the fossil record and a specimen which will be studied now and long into the future.”

Diverse deep-water brachiopods
This latest paper highlights the amazing geographic dispersal of linguliform taxa.
Find out more
An emperor's eggstraordinary egg
A new acquisition highlighting the way our collections continue to document the impact of rapid environmental change.
Find out more
Understanding ecosystems, protecting nature
National Museums Scotland's involvement in an initiative aiming to read complete genomes of all species living in Britain and Ireland.
Find out more
An unexpected assemblage of brachiopods
New paper contributes to the knowledge of marine invertebrate faunas in the early Ordovician.
Find out more
A Lions Kingdom in Decline
A recent paper reveals a double blow to lion populations over the last 20,000 years.
Find out more
Back to top