Re-examining the mammal-like herbivores of the Scottish Middle Jurassic.

In the Middle Jurassic, the earliest mammals and their close relatives lived alongside the dinosaurs. One group were the tritylodontids: very successful, mammal-like animals that lived during the Triassic, Jurassic and Cretaceous. What made them special was their large size compared to early mammals (up to badger sized), and their specialisation for eating plants, whereas most of the earliest mammals were insectivorous or omnivorous.

Tritylodontids were found on almost every continent, and in the UK a genus was named over 100 years ago from fossils in the Middle Jurassic rocks of England: Stereognathus ooliticus. In the 1970s, a second species, Stereognathus hebridicus, was identified from similarly aged rocks on the Isle of Skye. However, recent discoveries of new, well-preserved teeth from ongoing fieldwork on Skye – carried out by a team led by National Museums Scotland and the University of Oxford – led to a re-evaluation of Stereognathus. 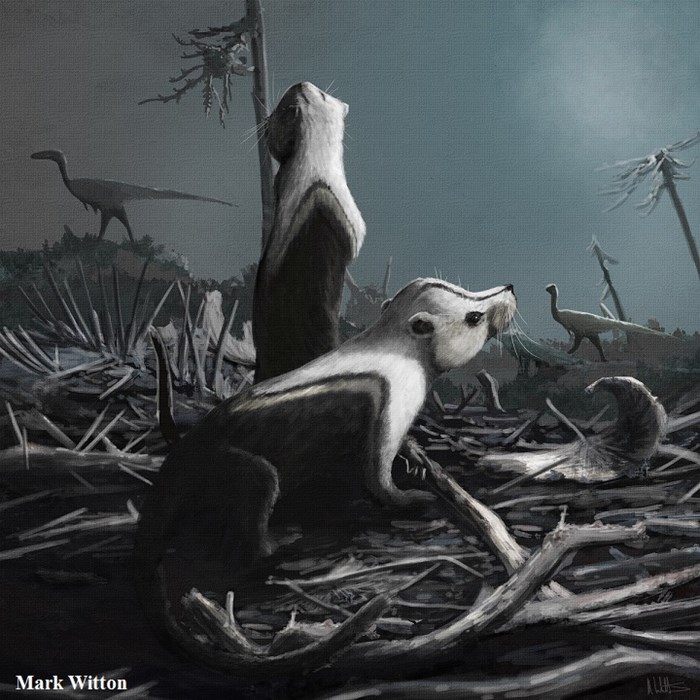 In a recent paper in the Journal of Paleontology, the team headed by Elsa Panciroli re-examined Stereognathus fossils from both England and Scotland. They found no evidence to support the existence of the Scottish species. They concluded that the English and Scottish fossils are from the same species, living at a time when the British Isles were a series of smaller islands in a warm sea nearer the equator. The team identified new key features of Stereognathus teeth that will aid future fossil identification, and they used this information to examine where Stereognathus sits in the family tree of tritylodontids. All of this adds important new information for a group of animals that remain poorly understood, and helps palaeontologists as they continue to piece together the intricate ecosystems of Jurassic Scotland.