A recently described new species suggests that during the Late Jurassic a group of teleosauroids was getting better adapted to a pelagic lifestyle.

You are here Home > Collections & Research > Collections departments > Natural Sciences department > News > Unexpected new Jurassic deep-marine crocodile
A recently described new species suggests that during the Late Jurassic a group of teleosauroids was getting better adapted to a pelagic lifestyle.

Modern crocodiles are often regarded as living fossils, relics of the past that lazily dwell in rivers and lakes waiting for the right prey to catch. For the longest part of their ~240 million-year evolutionary history however, crocodylomorphs looked nothing like modern alligators, salties and caimans, and could be found in a wider variety of habitats. For instance, the earliest Triassic crocodylomorphs (e.g. Terrestrisuchus) were gracile, fast-running, fox-size creatures feeding on small prey. Others in the Jurassic even abandoned the land to colonize the open oceans. The first known marine-dwelling crocodylomorph group is the order Thalattosuchia.

Thalattosuchia comprises two families: Teleosauroidea and Metriorhynchoidea. Originally, they were semi-aquatic animals, but just a few million years into the Middle Jurassic, a line of metriorhynchoids became fully aquatic through modifications of the ancestral crocodylomorphs body-plan. Teleosauroids were also capable of venturing into open seas, but maintained a more 'traditional' gharial-like appearance and lived a semi-aquatic lifestyle, thriving in lagoons, and shallow-marine habitats.

A recently described new teleosauroid species, Bathysuchus megarhinus, challenges this traditional view. This study, recently published in the journal PeerJ, suggests that during the Late Jurassic, a group of teleosauroids was getting better adapted to a pelagic (ocean-living) lifestyle. 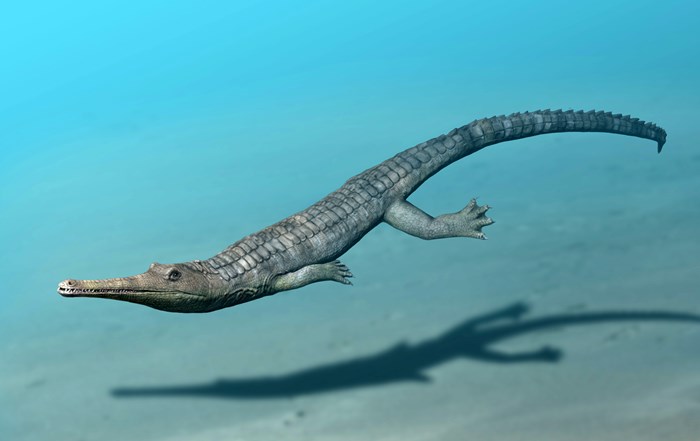 Researchers from National Museums Scotland and the University of Edinburgh studied the skeletons of Bathysuchus megarhinus, and its close relative Aelodon priscus, and found that they were the first known teleosauroids with clear pelagic adaptations. They had short forearms (almost reduced to short paddles), their skulls are smooth (likely to reduce drag in water), and their osteoderms are comparatively small and thin compared to those of all other teleosauroids. To add to the mystery, some of Bathysuchus specimens were found in deep-water deposits of the Late Jurassic, at a time of raising global sea-level and teleosauroid decline. This suggests that Bathysuchus and Aelodon were evolving towards a deep marine lifestyle, perhaps as a consequence of deepening sea-levels in the Late Jurassic. 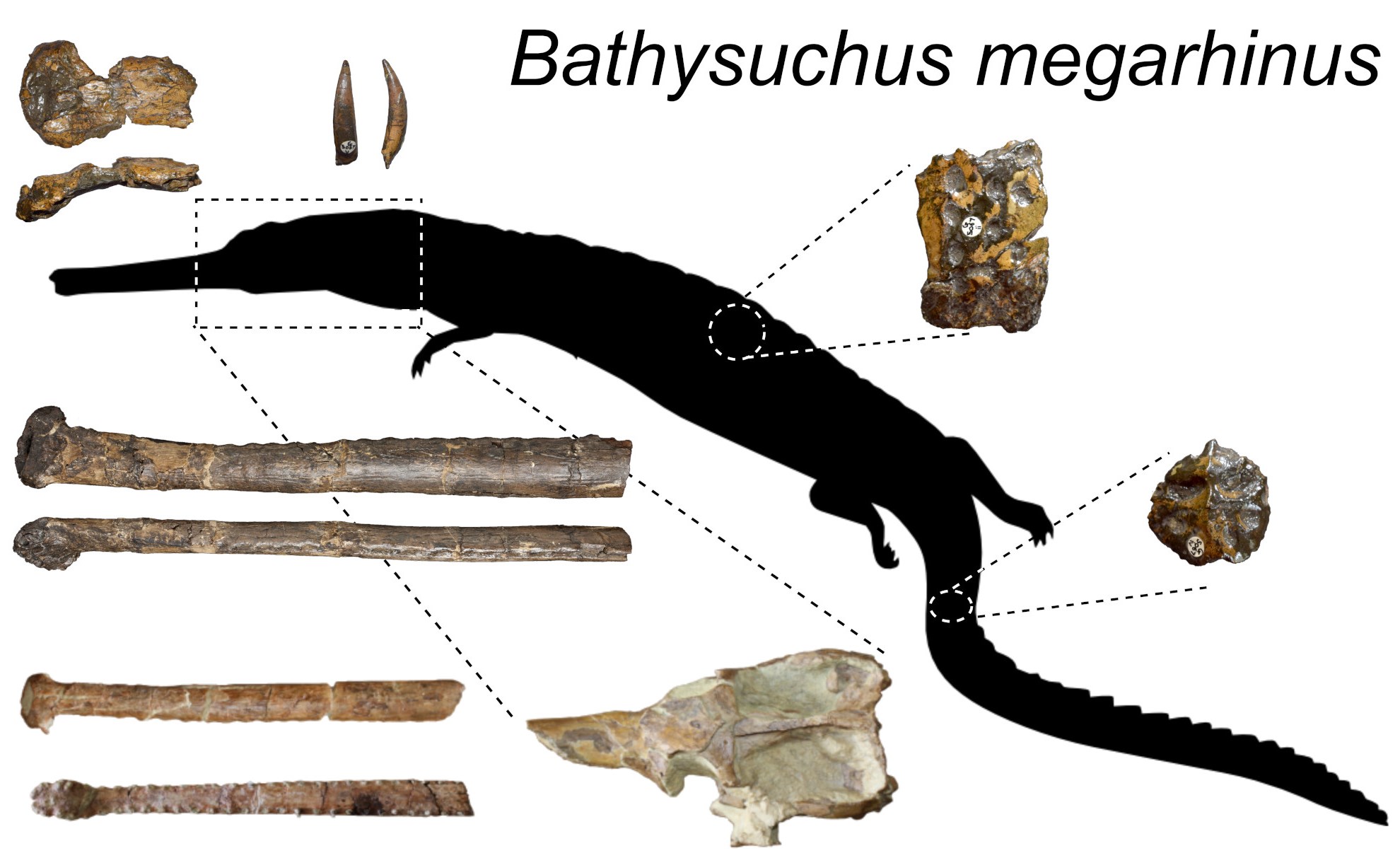 Collection of specimens referred to as Bathysuchus megarhinus. Note the very elongated and smooth snout ('megarhinus'), and the small osteoderms. Silhouette credit to Gareth Monger available under the Creative Commons Attribution 3.0 Unported license.

Studies like this underline the importance of Palaeontology a useful tool to understand and predict the long-term effect of habitat changes on modern coastal ecosystems.