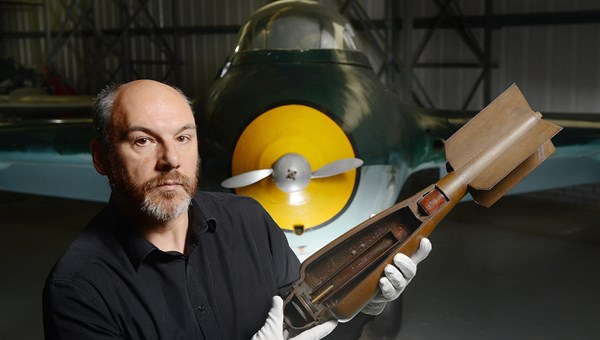 Based at the National Museum of Flight, Ian works with the aviation collections and provides support across the Transport Section.

He studied History at the University of Stirling, gaining a BA (Hons) in 1995. He followed this with an MA in Museum Studies from the University of Leicester in 2009. After working in the retail industry, Ian moved into the museum sector in 1999 when he joined National Museums Scotland as a Visitor Services Assistant. He moved to his current post in 2005 just as the final touches to The Concorde Experience were being put together. Since then he has worked on numerous exhibitions including Fantastic Flight, Fortunes of War, The Jet Age and the Parachute Store at the National Museum of Flight, as well as See Scotland by Train, Shaping Our World and Technology by Design in the National Museum of Scotland. Most recently, Ian curated the redevelopment of two Second World War hangars at the National Museum of Flight, with new Military and Civil Aviation displays.

Ian is interested in the use of social media to engage new audiences with collections and curatorial work. You can read his NMS blogs here: http://blog.nms.ac.uk/author/ianbrown/ and he tweets with the user name @RadarArchive.

Brown, I. 2018. People and Planes: Technical versus social narratives in aviation museums. Journal of Aeronautical History 8: 200-207.