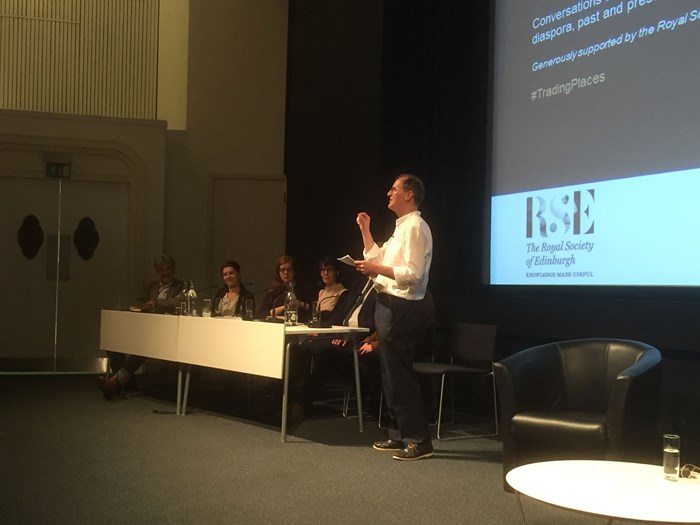 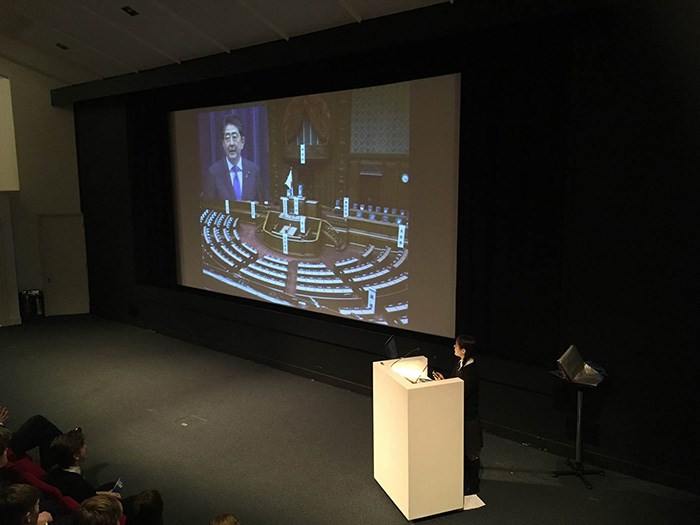 Mhairi from Drummond High School, Edinburgh, presenting on objects linking her life in Japan and Scotland. 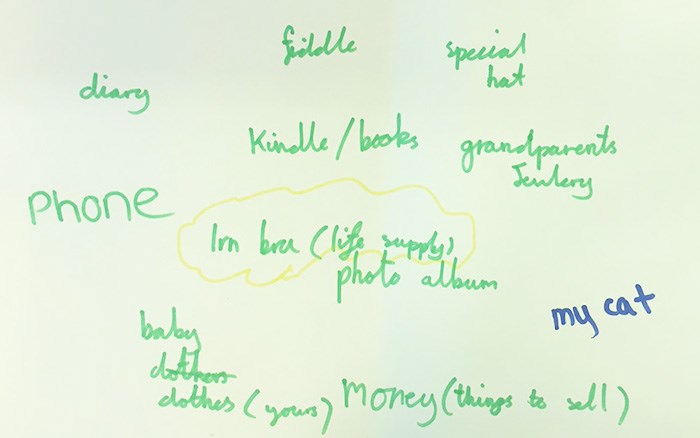 School pupils’ ideas on objects they would take with them if emigrating from Scotland, October 2017.