Adrián and Michael took a fresh look at some of the iconic objects on display in the National Museum of Scotland and discussed new research on objects in the museum’s stores. Live Q&A was chaired by writer and broadcaster, Sally Magnusson.

Crucible of Nations is the culmination of the Glenmorangie Research Project Creating Scotland: Making a Medieval Kingdom, exploring objects from the National Collection dated 9—12th centuries AD, covering the arrival of the Vikings to Scotland, the last days of the Picts, and the rise of the medieval kingdom of Scotland.

Crucible of Nations is now available to pre-order from our shop. 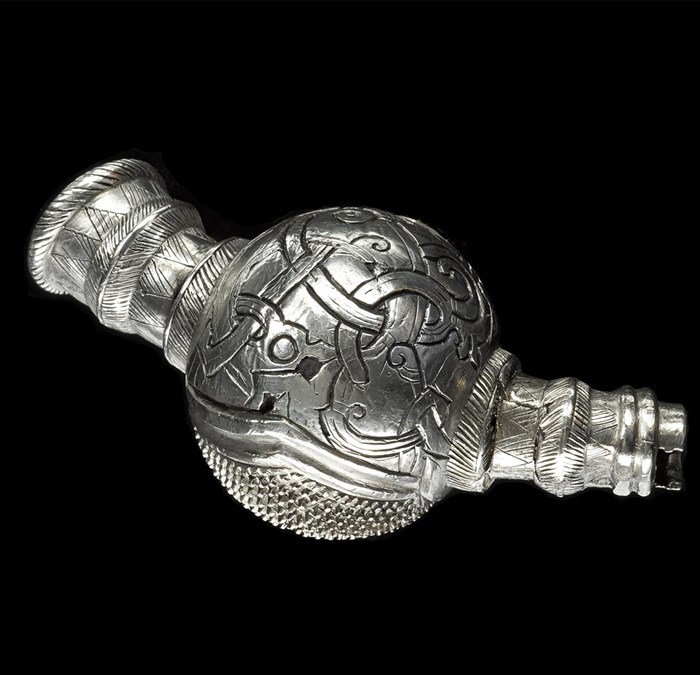 Silver terminal of a ball-type or ‘thistle’ brooch, with engraved ornament and brambling, from the Skaill Hoard, Orkney, 10th century 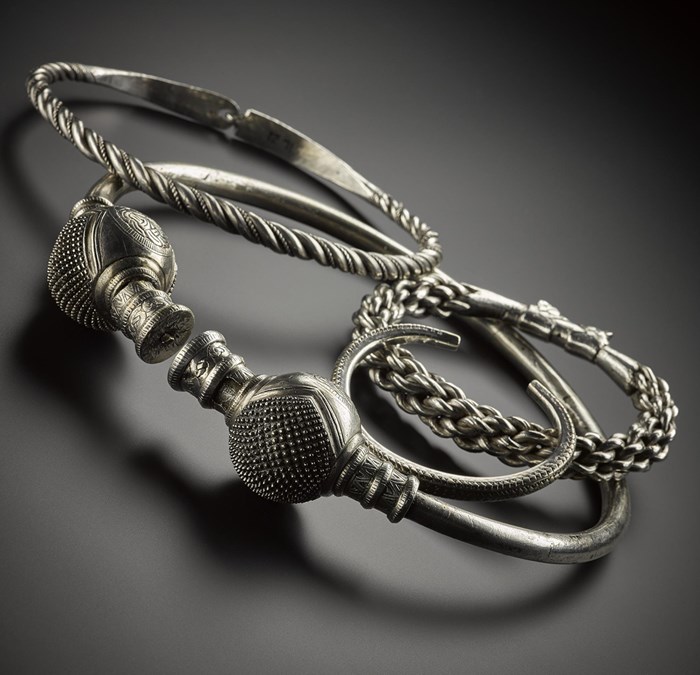 A silver penannular ‘thistle’ brooch, arm rings and a neck ring from the Skaill hoard.

Michael Wood is Professor of Public History at the University of Manchester, a Fellow of the Royal Historical Society, the Royal Society of Arts and the Society of Antiquaries. For over 30 years, he has brought history alive for viewers and readers in Britain, the US and further afield. He is the author of In Search of the Dark Ages, Domesday, and In Search of England, and well over 100 documentary films.

Dr Adrián Maldonado is Galloway Hoard Researcher at National Museums Scotland. He has previously lectured in Archaeology at the University of Glasgow and University of Chester, and from 2018-2021 was Glenmorangie Research Fellow. His research focuses on early medieval and Viking Age Scotland, especially the archaeology of Christianity and burial practice. Find out more about the Glenmorangie Research Project.

Sally Magnusson is an author and broadcaster. Her debut novel, The Sealwoman’s Gift, is set in Iceland in the seventeenth century. In her memoir Dreaming of Iceland: The Lure of a Family Legend she traces, by way of several generations of her own family, the country’s development from an impoverished, isolated colony of Denmark to the self-assured independent nation it is now.

Header image: Rectangular gilt-bronze mount depicting a lion, reused as a brooch in the grave of a woman and infant from Westness, Rousay, Orkney, length 66mm, X.IL 730