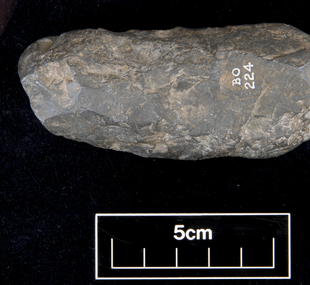 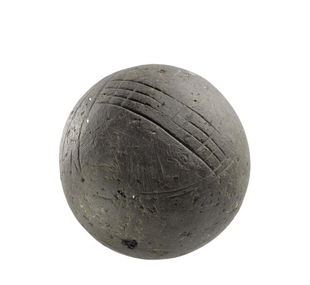 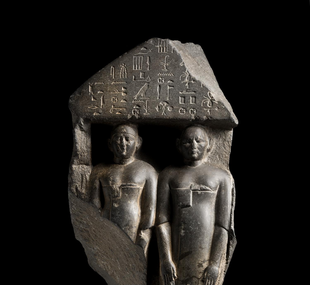 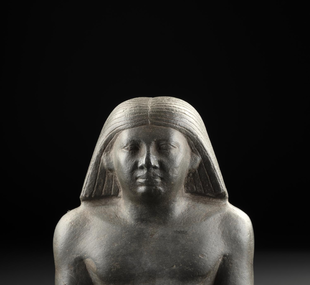 Upper part of a basalt statue of a man wearing a striated wig, parted in the middle and falling to the shoulders, possibly cut from a seated statue: Ancient Egyptian, Old Kingdom, probably 5th Dynasty, c.2494 - 2345 BC