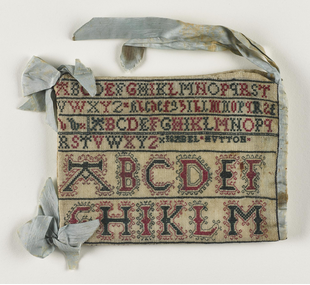 Sampler in multicoloured silks on linen, made into a bag with a drawstring top, by Isabel Hutton, c. 1730 - 1733 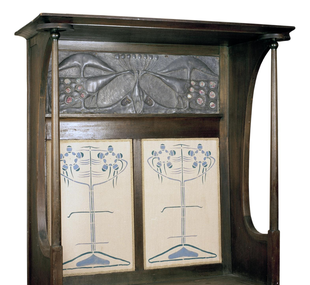 Settle of green-stained ashwood decorated with a beaten lead panel depicting three peacocks and two upright panels of cream linen, each with a blue stencilled design (replaced with copies around 1990), exhibited with the Arts and Crafts Exhibition Society, 1896: Scottish, Glasgow, designed by Charles Rennie Mackintosh and made by J. & W. Guthrie, lead panel possibly by Margaret Macdonald Mackintosh, 1895 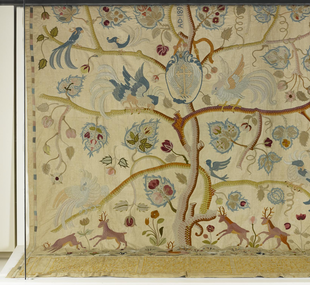 Bedspread, part of a set of linen and crewelwork bed hangings designed by Sir Robert Lorimer and embroidered by Jeannie Skinner ( local postmistress at Arncroach), 1897 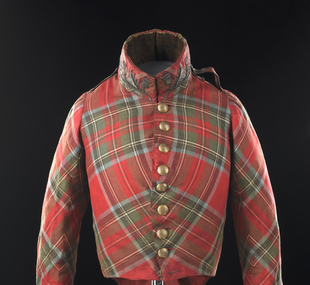 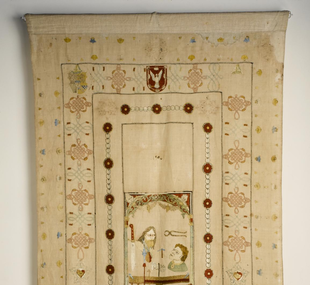 Fetternear banner made from linen embroidered with multi-coloured silks, probably owned by the Confraternity of the Holy Blood of St Giles' Collegiate Kirk, Edinburgh, made in Scotland c. 1520 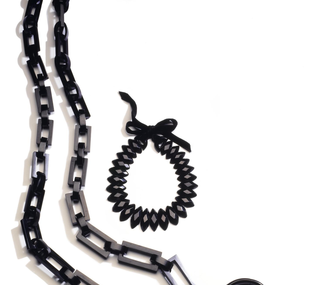 Jet necklace consisting of 25 pointed oval faceted elements graded in size from the largest in the centre to the smallest at the outside, worn by Mrs Craig of Edinburgh 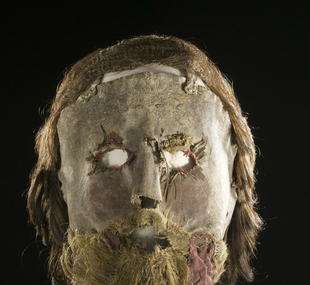 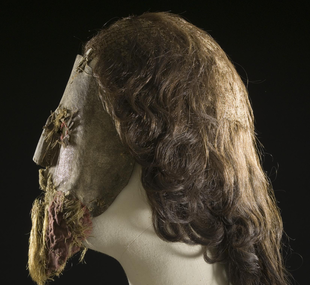 Wig with a base of coarse knotted linen net to which the hair, now lacking on the crown, is attached, worn by Alexander Peden, a covenanting minister, c. 1670s - 1680s 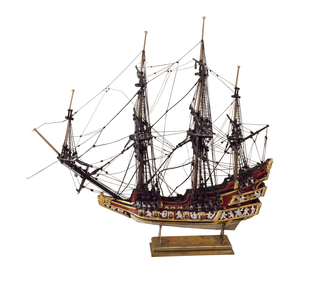 Church-ship model, late 16th or early 17th century, traditionally associated with James VI and his safe return to Scotland with Anne of Denmark in 1590 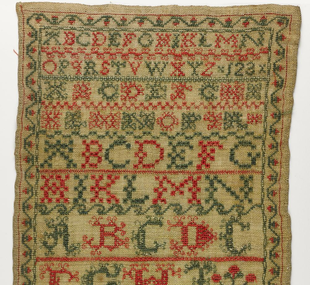 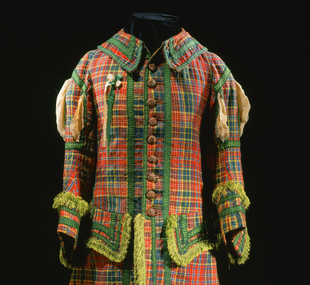 Coat from a Royal Company of Archers uniform, of hard twill weave wool tartan in red, blue, yellow and white, with wooden buttons covered with red and green silk, green silk braid trim and fringe, white silk taffeta showing through slashes on sleeves, and linen lining. Belonged to Stuart Threipland of Fingask, admitted to the Royal Company of Archers in 1750: c. 1750 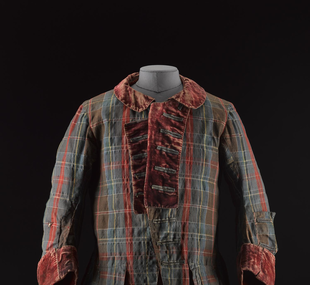 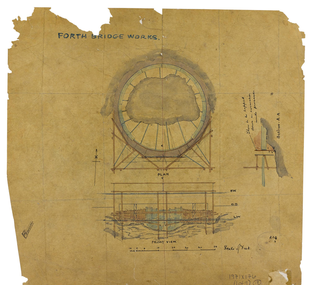 Tracing of drawing for the construction of the Forth Railway Bridge, one of set of twelve drawings, 1880s. Tracing showing Forth Bridge works 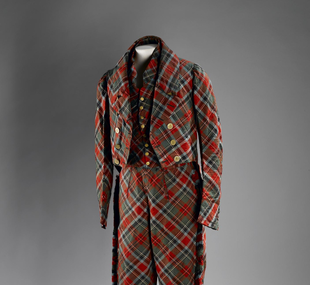 Trousers of a man's tartan suit with bone buttons and linen lining, cut on the cross in a Royal Stuart variant, with side fringes: Scottish, c. 1830

Waistcoat of a man's tartan suit with linen back and gilt metal buttons, cut on the cross in a Royal Stuart variant: Scottish, c. 1830 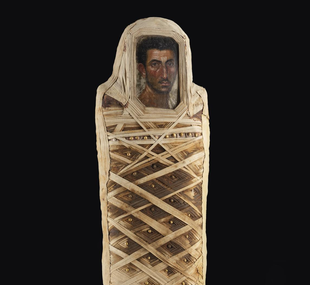 Mummified adult male with wrappings arranged in lozenges, and a portrait-board fitted over the face, the feet have a cartonnage case with gilded gold toes, excavated by Petrie: Ancient Egyptian, Hawara, Middle Egypt, Hawara, c. AD 80 - 120