Oak table with a slab of Swedish marble set in flush, under which is one small drawer, to a design by Robert Lorimer, Edinburgh 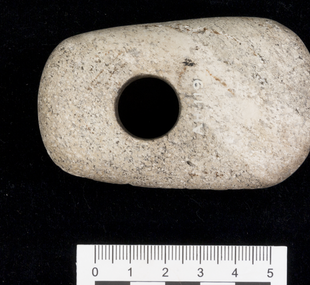 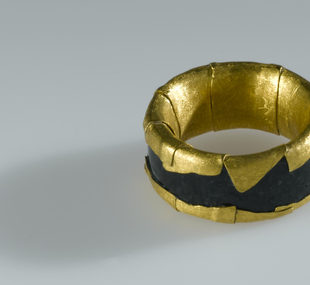 Panelling and fireplace from drawing room of Hamilton Palace: Scottish, Hamilton and elsewhere, by William Morgan and others, late 1690s Marble statue of Hugh Miller, geologist and writer, examining a fossil fish similar to those he discovered in the Old Red Sandstone near his home in Cromarty in Easter Ross, by Amelia Robertson Hill, Edinburgh, 1869 Bowl in red and yellow marble breccia, with a squat oblate shape and two lugs, on a small flat base: Ancient Egyptian, Predynastic, Naqada II, c.3500 - 32000 BC